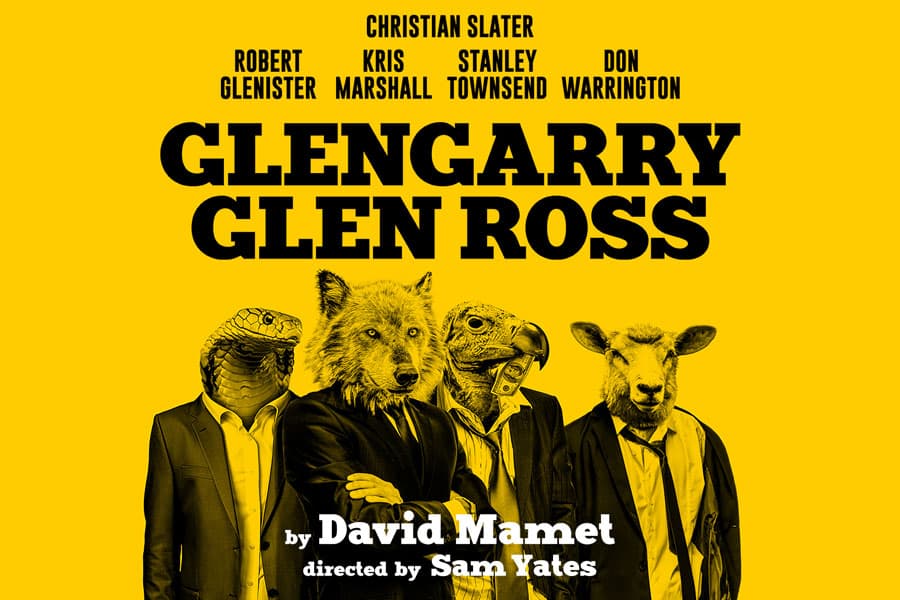 Christian Slater, Robert Glenister, Kris Marshall, Stanley Townsend and Don Warrington star in David Mamet’s acclaimed masterpiece Glengarry Glen Ross, which returns to the West End this Autumn for its first major revival in over a decade. This ground-breaking modern classic has won every major dramatic award on Broadway and in the West End, including the 1983 Olivier Award for Best Play and the 1984 Pulitzer Prize for Drama, and was later adapted by Mamet for the 1992 film starring Jack Lemmon and Al Pacino.  At a time of fierce debate about the American Dream and what it represents, Glengarry Glen Ross is a lacerating satire for modern society.

Set in an office of cut-throat Chicago salesmen. Pitched in a high-stakes competition against each other, four increasingly desperate employees will do anything, legal or otherwise, to sell the most real estate. As time and luck start to run out, the mantra is simple: close the deal and you’ve won a Cadillac; blow the lead and you’re f****d.