Chris Jarvis will play Dame Betty Bonbon Nightshade in Beauty and the Beast at Poole Lighthouse from 9 – 31 December 2021. As well as playing Dame for the first time on stage, Chris has written the script and is directing the show. 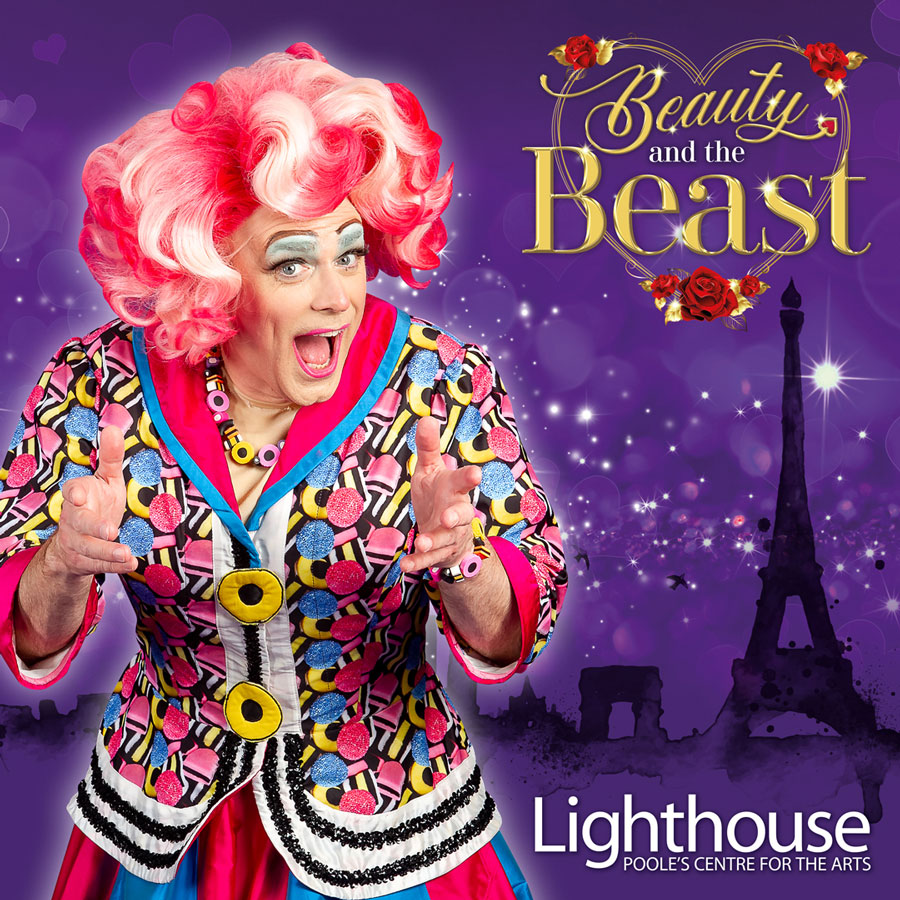 In more than 25 years of appearing in pantomime, there’s not much CBeebies superstar Chris Jarvis has not achieved – he’s starred in, written, directed and produced panto, he’s won awards, played most of the classic principal boys and a fair few of the supporting roles, but he’s never been Dame.

Chris has decided it’s high time he donned the wig and frock and put his best high heel forward as Betty Bonbon in Beauty and the Beast at Lighthouse, Poole’s centre for the arts.

“I’m really looking forward to it,” he admits during a break in his first photoshoot in the role, “but there have been so many brilliant Dames – it’s a very specific act – so there’s a lot to live up to and a lot at stake.

“I’ve done it once before on telly, but this is the first time I’ve done it for a run. Why? Well, firstly it’s because I was asked, but also, I’m 52 now and I’m getting to the age when I need to make that next move and let someone come in with new ideas. I wouldn’t feel right to be playing parts half my age and when I look at what Tom is doing as Cupid, which might have been the role I would have played, with all the jumping about, I think I might be able to manage some of that for one show a day, but not for two.”

There’s a lot to take in his stride, but Chris is wily enough to know he doesn’t need to be too dainty in the step…

“The thing with Dame is that you have to play it as a man in a dress otherwise you look like a bad drag act – this is something that belongs on a stage not in a club. So, I’ve had to learn how to do my makeup a certain way and the wig is very Mrs Slocombe, not Drag Race. 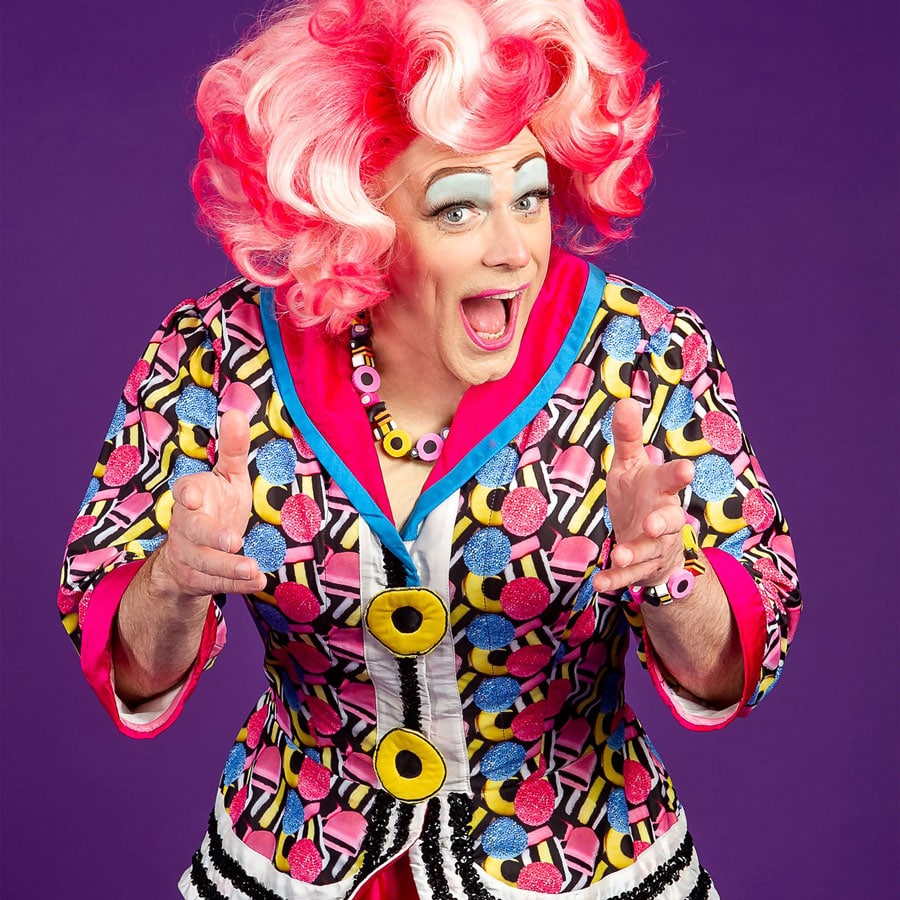 “When you look back at people like Les Dawson and Billy Dainty who were brilliant panto Dames, their material might not work to a modern audience, but the way they played Dame was so skilled. And I’ve spoken to lots of Dames to ask for tips on how to play it. I’m so lucky, there’s so much kindness and humility in this business, because everyone has been so helpful. These are really talented people and they’ve been willing to share some of what they’ve learned with me.”

Chris is also directing the show and is determined to pull out all the stops and deliver a no-holds-barred family pantomime like the ones he grew up on.

“Our version of Beauty and the Beast is based on the story written by Andrew Pollard for Salisbury, and we’ve turned it into a panto for Poole. It has that traditional humour that maybe we don’t see on telly so much and it has a bit of extra story than you might expect with all the fun and gags and fantastic costumes – it’s a real party!

“The costumes are amazing, and the set has been remodelled and re-prettified and remade to fit Lighthouse. I was so glad because I thought we might lose the top of it, but we haven’t, it fits perfectly. It’s very 21st century.”

Lighthouse occupies a special place in the affections of Chris Jarvis – not only as patron of Wessex Youth Orchestra, but he loved playing Dick Whittington in Poole in 2019, and last year he memorably ‘saved’ Christmas with the very special  Happy Ever After show. Co-produced on a shoestring, it was written and directed by Chris who played Buttons in a pantomime-style family show that won over audiences before it had to close after just a week.

“The budget for that was a quarter of the budget that this show has, but we still put on a full show with dancers and sets. There was a lot to be proud of, but now we have Beauty and the Beast and it’s like the next level.

“Producing this show in-house represents a huge investment for Lighthouse and I know it will all be worth it when you see the happiness that it brings. People feel like they need something, they need a lift, because we sort of missed Christmas last year. It’s that whole joyful thing about panto and I’ve been blown away by the good feeling around this show.”

Modesty always prevents Chris from taking too much credit for that good feeling, but without exception, his fellow cast members all point to their director’s open-minded, collaborative and encouraging way with the material and the company he has created.

Chris, of course, just loves panto – it’s in his blood.

“The thing is, people can come here and get that traditional humour that maybe they don’t see on telly any more unless it’s re-reruns of Dad’s Army or Are You Being Served?, or Morecambe and Wise. It’s not rude, but it is slightly saucy, seaside postcard humour, double entendre, and that is part of panto.

“My mum has never told me off for anything I’ve done onstage, but she is quite religious and that’s my benchmark. Sometimes it’s too easy to write things for your own amusement, that’s not what I’m about – If I think Mum would be offended or upset, then I don’t do it. It’s as simple as that.”

Beauty and the Beast runs from 9 to 31 December.

BOOK BEAUTY AND THE BEAST TICKETS