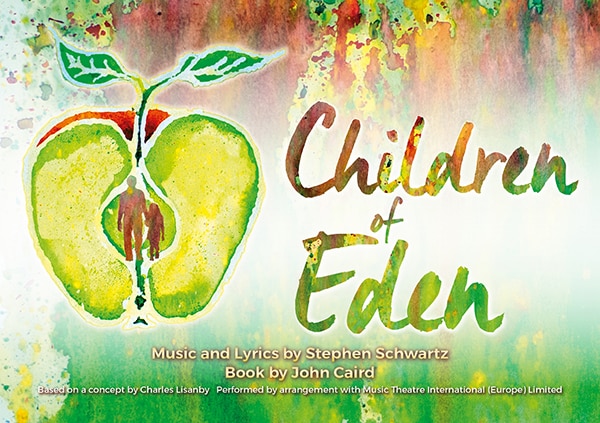 Children Of Eden will be presented at the New Union Theatre from 10th August, with a new production celebrating the shows 25th Anniversary.

Inspired by the Book of Genesis, Children of Eden tells the timeless story of what it means to be a parent. From the moment you bring a child into the world everything changes; you learn to protect, cherish, and love unconditionally. But as they grow you have to learn one more thing; to one day let them go. Featuring one of the most beautiful scores in contemporary musical theatre from the composer of Godspell, Pippin and Wicked, Children of Eden is a heartfelt and humorous musical about the unique family bond.

Children Of Eden has Music and Lyrics by award-winning composer Stephen Schwartz (Godspell, Wicked, The Hunchback Of Notre Dame, Pocahontas and Enchanted and a Book by John Caird, who together with Trevor Nunn adapted and directed Les Miserables and the epic stage adaptation of Nicholas Nickleby.

Casting for Children Of Eden will be announced shortly.

BOOK TICKETS FOR CHILDREN OF EDEN AT THE NEW UNION THEATRE