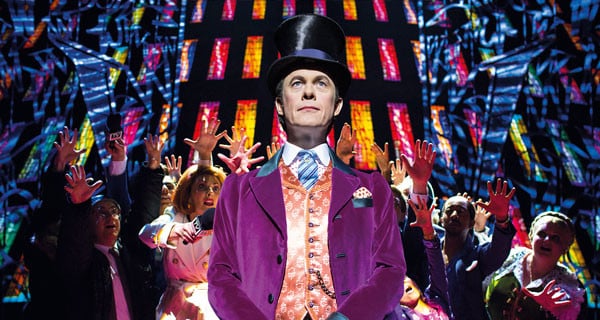 Charlie And The Chocolate Factory continues its record-breaking run at London’s Theatre Royal Drury Lane with the announcement that is will be extending bookings until 4th June 2016.  This new booking period will go on sale on 9th February 2015.

Producers also revealed that Roald Dahl’s Charlie and the Chocolate Factory broke the record for the highest weekly gross sales for a third time, taking more than £1.1 million in the week commencing 29 December 2014. That week saw the 2,200 seat theatre – one of the largest in the West End – 100% full, for every single performance.

The production celebrated its 700th performance in the West End on Saturday 24th January 2015.

Charlie and the Chocolate Factory is directed by Sam Mendes. Featuring ingenious stagecraft, the wonder of the original story that has captivated the world for almost 50 years is brought to life with music by Marc Shaiman, and lyrics by Scott Wittman and Marc Shaiman, a book by award-winning playwright and adaptor David Greig, set and costume designs by Mark Thompson and choreography by Peter Darling.

BOOK TICKETS FOR CHARLIE AND THE CHOCOLATE FACTORY NOW