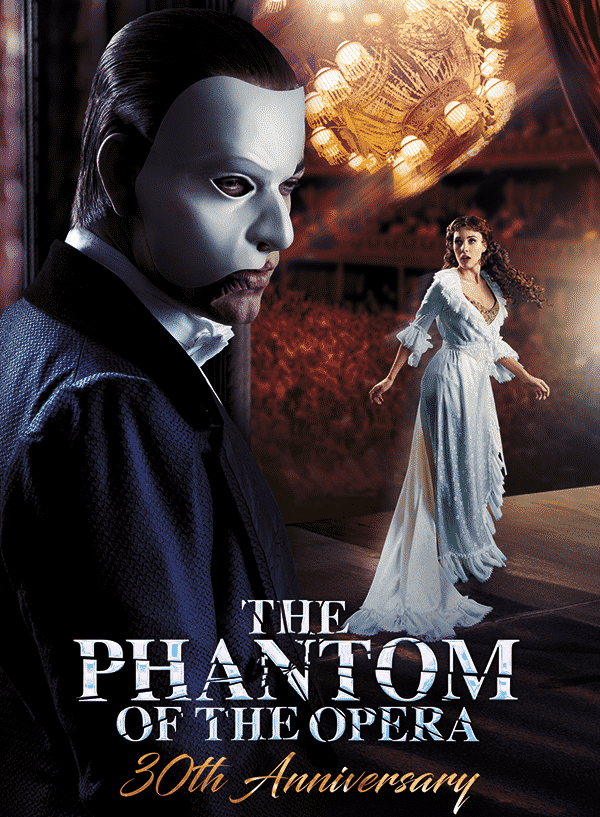 To celebrate our 30th Anniversary, The Phantom of the Opera will make West End history as the first ever musical to broadcast live from the stage directly to Facebook.

This landmark musical continues to wow audiences around the world. Not only is Phantom celebrating its 30th Anniversary in London, it continues to be Broadway’s longest running musical.

Meet the audience on the red carpet before the show, then watch out for some very familiar faces and special guest performances in our extended anniversary finale!

BOOK TICKETS FOR THE PHANTOM OF THE OPERA IN NEW YORK