Casting has been announced for the Royal Shakespeare Company’s production of new musical The Boy In The Dress opening in Straford in November 2019. 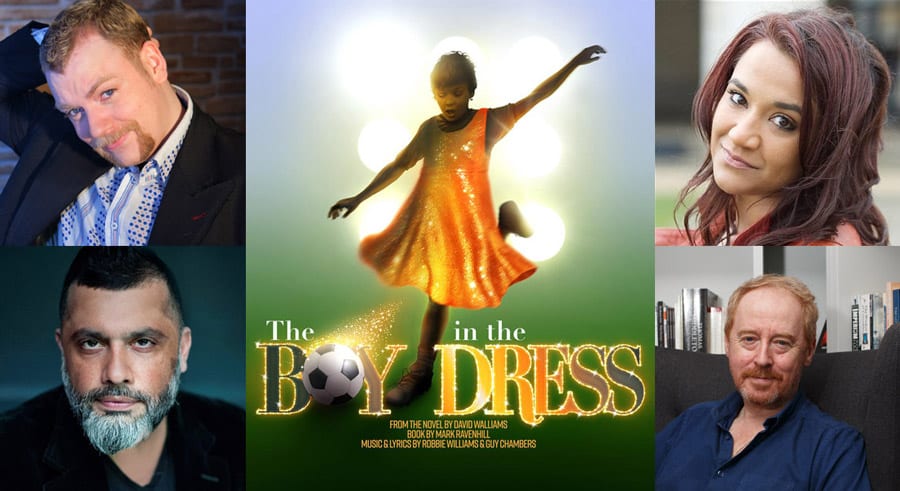 Gregory said of the production: “It is tremendous to welcome such a talented cast of new and established RSC company members to our new musical production of The Boy in the Dress, particularly one with such a strong background of excellent musical theatre performances and first-class comic talent. The cast join an already impressive line-up of UK and international creatives, including comic writer, performer and beloved children’s book author David Walliams and chart-topping songwriters Robbie Williams and Guy Chambers. I am excited to work together with them over the coming weeks to bring this life-affirming, funny story to the RST stage.”

The Boy In The Dress is based on the novel by David Walliams, adapted by Mark Ravenhill, with music and lyrics by Robie Williams and Guy Chambers and directed by Gregory Doran. The production is designed by Robert Jones, choreography is by Aletta Collins,, lighting design by Mark Henderson and sound by Groothius and Tom Marshall.

BOOK TICKETS FOR THE BOY IN THE DRESS