Casting has been announced for the European premiere of Brooklyn the musical at Greenwich Theatre in September 2019. 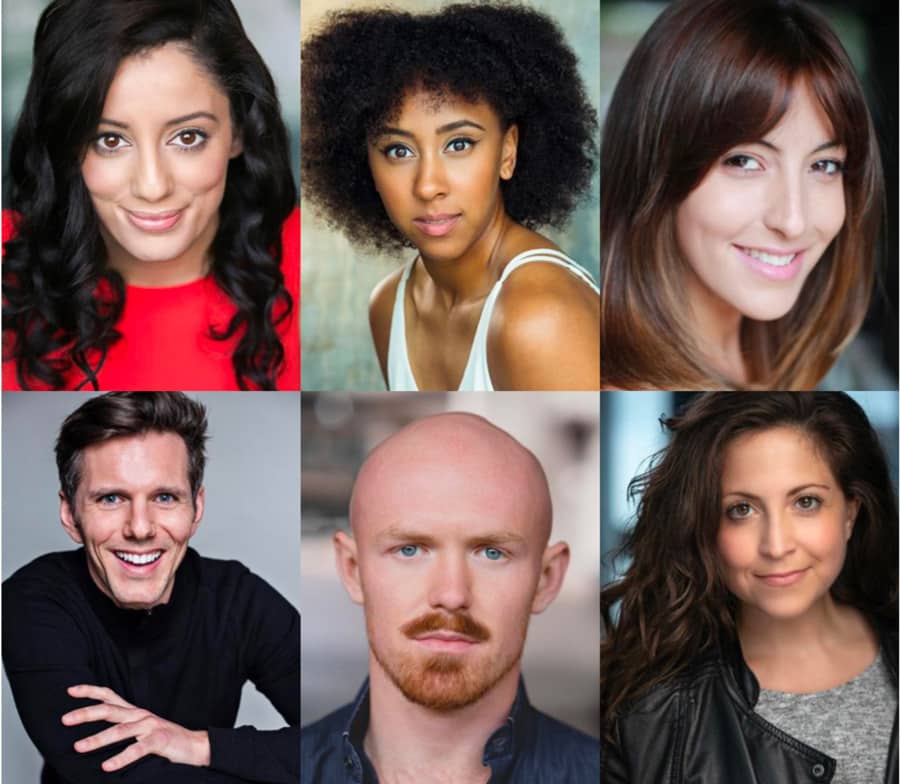 Brooklyn the musical is a story within a story with book, lyrics and music by Barri McPherson and Mark Schoenfeld. On the outside, a band of soulful street singers and storytellers sharing a story from their lives. And their story: a young Parisian coming to America to search for fame and the Father she never knew. Her only clue, her name… Brooklyn. With its mix of pop, rock and soul, including the famous song, ‘Once Upon A Time’, these stories interweave to create a musical that is a touching and inspiring sidewalk-fairy tale.

Hiba Elchikhe (Brooklyn) was Princess Jasmine in Disney’s Aladdin and is about to star in the premiere of FIVER at Southwark Playhouse.

Emily-Mae (Paradice) was Ulla in The Producers (The Royal Exchange, Manchester).

Sabrina Aloueche (Faith) was Scaramouche for four years in the West End production of We Will Rock You (Dominion Theatre), and Eponine, in Les Miserables (Queen’s Theatre).

John Addison (Taylor) is currently playing Theo in School of Rock in the West End. His other leading roles include Sam Wheat in Ghost, Henry in The Go-Between (West End) and Jojo in The Life (Southwark Playhouse).

Andrew Patrick-Walker (Streetsinger) will next be seen in Jerry Springer – The Opera at Manchester’s Hope Mill Theatre, where he also appeared in Hair. He was 1st cover Blake in Bat Out of Hell – The Musical (London Coliseum/Ed Mirvish Theatre, Toronto).

Jodie Beth Meyer (Alternate Brooklyn) was in Tell me on a Sunday at The Watermill and UK Tour and Les Miserables in Concert.

Brooklyn the musical is to play at the Greenwich Theatre from 27 September to 19 October 2019. The production is directed by Adam Haigh.

BOOK TICKETS TO BROOKLYN THE MUSICAL