This Christmas Ovation Productions returns to Upstairs At The Gatehouse with Irving Berlin’s Top Hat from 13 December 2017 – 28 January 2018. 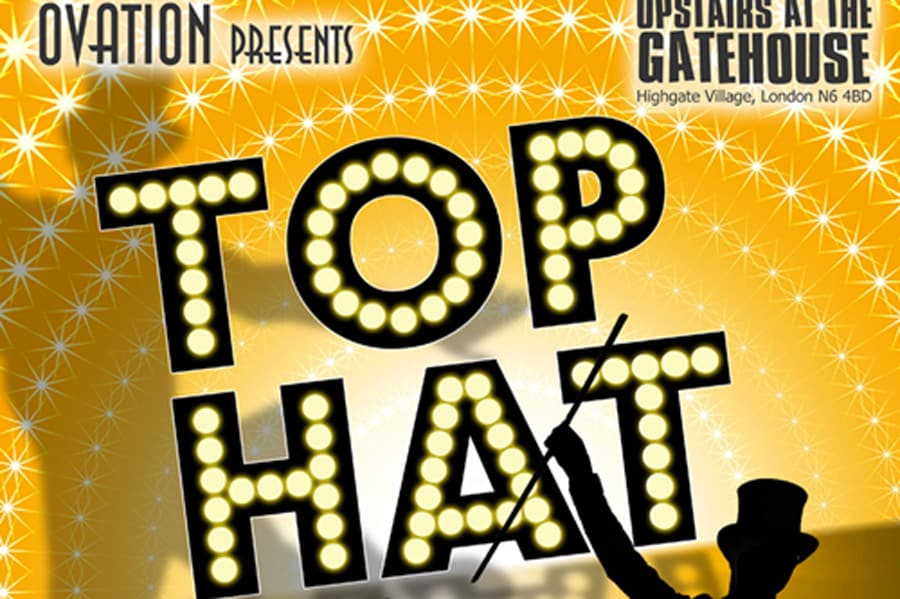 In Top Hat, Broadway sensation Jerry Travers dances his way across Europe to win the heart of society girl Dale Tremont in a riotous mistaken-identity plot. The score features Irving Berlin classics including Cheek to Cheek, Top Hat, White Tie and Tails, Let’s Face the Music and Dance and Puttin’ on the Ritz.

Taking a break from the UK tour of Flashdance, the role of Dale Tremont is being played by Strictly Come Dancing Champion Joanne Clifton.  Joanne recently starred as Millie Dillmount in the Thoroughly Modern Millie UK Tour.  Jerry Travers will be played Joshua Lay (Matilda and UK tour of Funny Girl). Samuel Haughton will play Bates having recently appeared  in Ovation’s Singin’ in the Rain. Ellen Verenieks (End of the Rainbow & Dusty) and Darren Benedict (UKIP The Musical) will play Madge and Horace and Matthew James Willis (UK tour The Mikado) will play the madcap Alberto Beddini.

Top Hat has music and lyrics by Irving Berlin, based on the RKO Motion Picture, with book by Matthew White and Howard Jacques.

BOOK TICKETS FOR TOP HAT AT UPSTAIRS AT THE GATEHOUSE