Final casting is today announced for The Night of the Iguana by Tennessee Williams which begins a strictly limited season at the Noël Coward Theatre on Saturday 6th July. 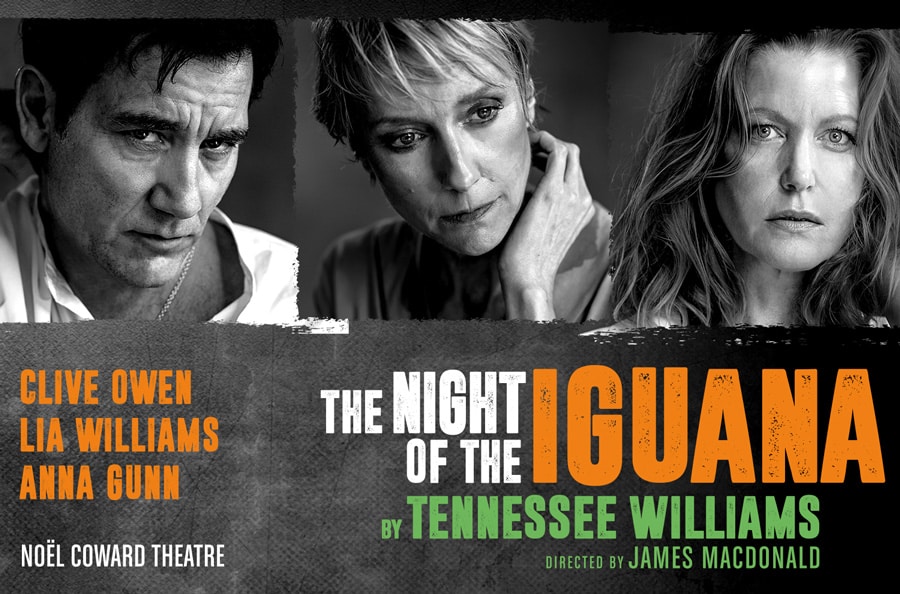 The Night Of The Iguana will be directed by James Macdonald, (whose West End credits include the acclaimed recent production of Who’s Afraid Of Virginia Woolf, The Father and The Changing Room) and will be designed by Tony, Olivier and OBIE-award winning Rae Smith. Neil Austin is Lighting Designer, and Max Pappenheim is Sound Designer.

Thrown together for one eventful night that pulses with conflicting passions and a surprising edge of humour, a group of tourists including Shannon, a disgraced priest and a troubled artist Hannah arrive at a remote coastal Mexican hotel run by the beautifully sensual Maxine. One night brings them together and will leave them forever altered. What path will they choose?

The Night Of The Iguana plays a limited 12 week season at the Noel Coward Theatre, London.

THE NIGHT OF THE IGUANA TICKETS