Casting has been announced for the European premiere of Bill Russell and Janet Hood’s heartfelt and hilarious new musical Unexpected Joy at Southwark Playhouse. 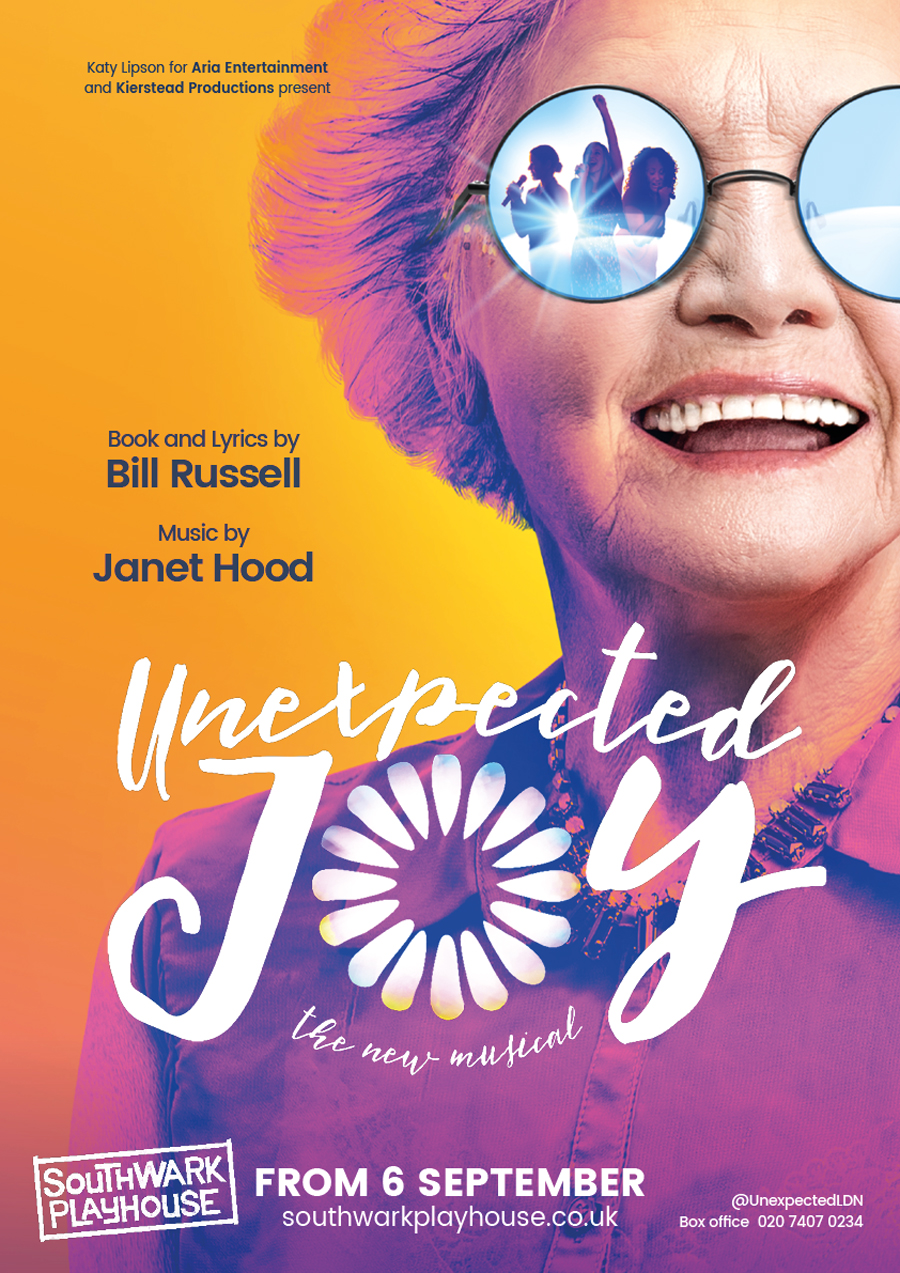 Unexpected Joy is the story of three generations of female singers, long-held family tensions and a week together where change is in the air – Joy, a baby boomer pop star, is visited by her daughter, Rachel and granddaughter Tamara. Rachel is married to a prominent televangelist, so Joy is reluctant to divulge that she’s planning to marry Lou, another singer who happens to be a woman. A week with all four together is bound to lead to tension, laughter, discoveries and happiness that really is unexpected.  Let the sparks and music fly!

Unexpected Joy is the first partnership venture between Katy Lipson of Aria Entertainment and Jim Kierstead Productions, which will see innovative, groundbreaking and current new musicals.

Katy Lipson said, “New chamber musicals are rarely seen on stage, not to mention musicals with an all-female cast celebrating the importance of the freedom to love and that ‘Love is Love’. I have always been a huge fan of Janet and Bill’s work and it is an honour to be presenting a UK Premiere of their latest musical in London, after our premiere Off-Broadway earlier in the year. I hope audiences will embrace these marvellous, strong characters and beautiful score.”

Unexpected Joy has lyrics written by Bill Russell and music by Janet Hood.