Casting has been announced for Ovation Productions production of Bob Carlton’s Return To The Forbidden Planet which is being presented Upstairs At The Gatehouse. 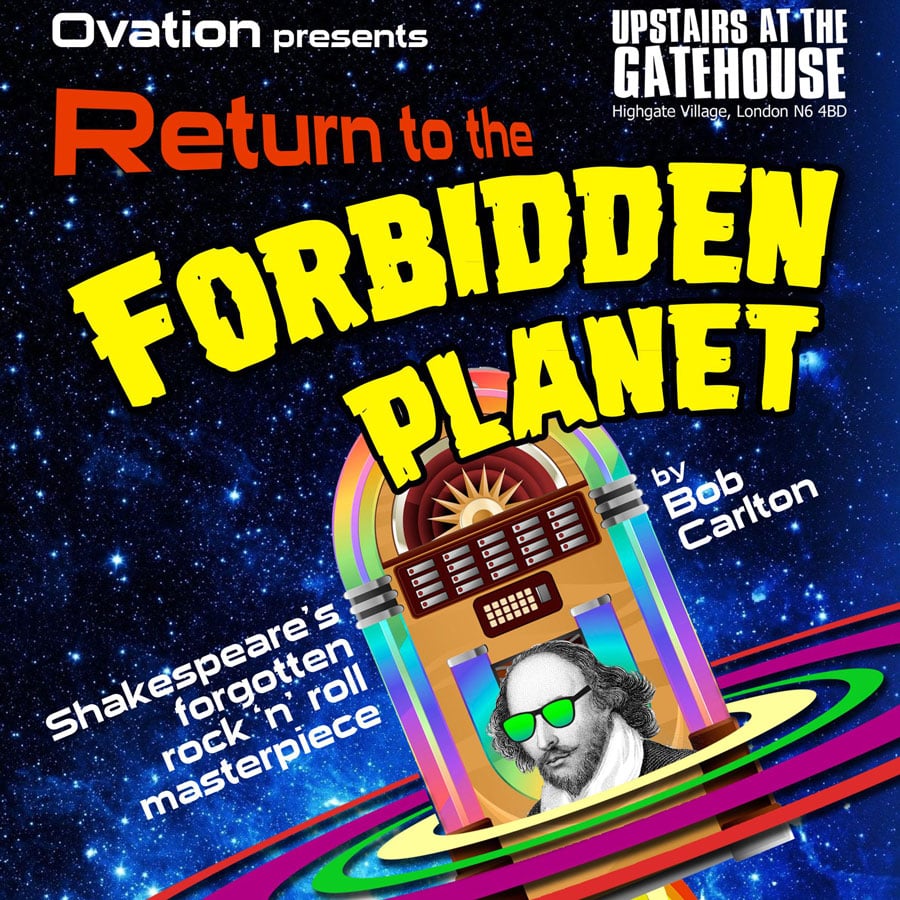 Winner of the 1990 Olivier Award for Best New Musical, Return to the Forbidden Planet is a rockin’ rollercoaster ride into the future bursting with red hot hits, including Great Balls of Fire,  Good Vibrations, Teenager in Love, The Young Ones and The Monster Mash. Join Captain Tempest and the crew of the Intergalactic Starship Albatross as they travel deep into hyperspace. What’s waiting for them?……a mad scientist, a secret formula, a scary monster and D’illyria – a planet not marked on their cosmic charts.

Loosely based on the 1950’s sci-fi film ‘Forbidden Planet’ (which itself was based on ‘The Tempest’) author Bob Carlton has created a riotous mix of Shakespeare, B movie Science Fiction and some of the biggest pop hits from the fifties and sixties. So fasten your seat belts, set your ray guns to stun and get ready for a cosmic adventure of meteoric proportions!

Return To The Forbidden Planet will be presented Upstairs At The Gatehouse from 12 May – 17 June 2018.

BOOK NOW FOR RETURN TO THE FORBIDDEN PLANET