Casting has been announced for a new production of Tony Harrison’s play Square Rounds. The production commissioned by the Finborough  will be the first UK production for nearly thirty years. 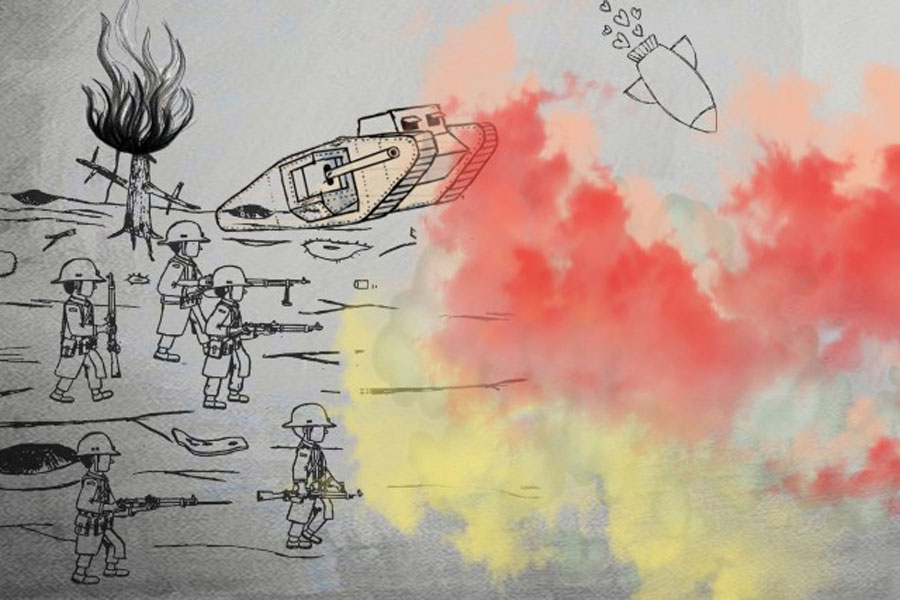 Fritz Haber, a German Jewish chemist, has been ordered by the Kaiser to develop a deadly poison gas to help Germany win the First World War. Despite the protestations of his wife, Haber hopes that his new invention will be an opportunity to escape his status as an outsider in German society. Little does he know, however, that his invention will go on to be used to exterminate his own people in the Holocaust just 25 years later.

American inventor Hudson Maxim is concerned for his country and the frightening technological advances employed by America’s new European enemies. But he is also jealous of his brother Hiram – internationally famous for his invention of the machine gun – and deeply suspicious of his brother’s cosy relationship with the European powers.

Based on true events and featuring an all-female cast, Square Rounds explores the devastating effects of technology, the personal demons of the inventors, and the escalating tensions between nations in the build up to war. Presented in the year that marks the centenary of the end of the First World War, this play about war and the devastating impact of chemical warfare and weapons of mass destruction has never been more timely.

Director Jimmy Walters returns to the Finborough Theatre to direct Square Rounds, where he also directed the 2017 rediscovery of Tony Harrison’s The Trackers of Oxyrhynchus. Originally staged at the National Theatre in 1992 and subsequently only seen in Moscow, Square Rounds now receives its first UK production in nearly 30 years.

Square Rounds will be directed by Jimmy Walters, Set and Costume Design by Daisy Blower, Lighting Design by Arnim Friess, Music by Jeremy Warmsley, Musical Direction by Adam Gerber, Sound Design by Dinah Mullen, and Movement Direction by Depi Gorgogianni. Square Rounds is presented by Proud Haddock in association with Neil McPherson for the Finborough Theatre.

THEGREATWAR100 series is an occasional series of works about – or written during and in the aftermath – of the Great War presented by the Finborough Theatre to commemorate the centenary of the First World War.

Square Rounds plays at the Finborough Theatre from 4 – 29 September 2018.