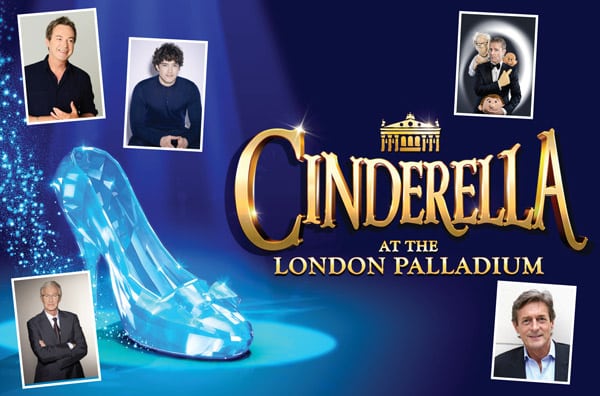 Initial casting has been announced for the upcoming production of Cinderella to be presented at the London Palladium.

The 32 strong cast will be led by Paul O’Grady as The Wicked Stepmother, Julian Clary as Dandini, Lee Mead as Prince Charming, Paul Zerdin as Buttons, Nigel Havers as Lord Chamberlain and Count Arthur Strong as Baron Hardup. Casting for Cinderella, the Fairy Godmother and the Ugly Sisters will be announced soon.

This will be the first time in nearly three decades that a traditional pantomime has been presented at the London Palladium. Cinderella will run from 9 December 2016 to 15 January 2017.

BOOK NOW FOR PANTOMIME AT THE LONDON PALLADIUM