Casting has been announced for the UK premiere of Maya Arad Yasur’s play Amsterdam directed by Matthew Xia at the Orange Tree Theatre, Richmond. 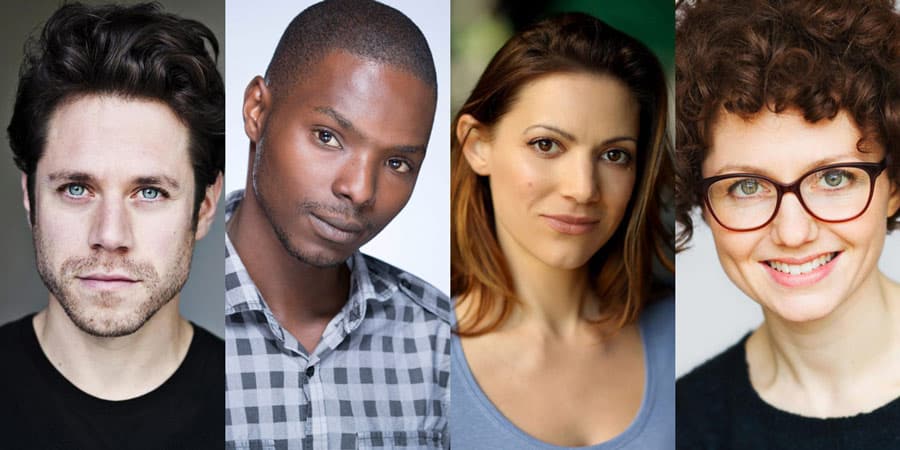 Amsterdam is strikingly audacious thriller, which awakens unsettling feelings of collective identity, foreignness and alienation by Israeli playwright Maya Arad Yasur. The play won the Jury Prize at Stueckemarkt 2018, held as part of Berliner Festpiele’s Theater Treffen. Matthew Xia (Blood Knot) returns to the OT to direct Daniel Abelson, Fiston Barek, Michal Horowicz and Hara Yannas in his first production as Artistic Director of ATC, in a co-production between them, the OT and Theatre Royal Plymouth. It will embark upon a UK tour from February to May 2020.

Everyone knows, all of them … that when all’s said and done, she is no more than a fig leaf hiding the thing everyone else would be much happier never having to look at.

Slid her an envelope right under the door and then just walked away.

It awakens unsettling feelings of collective identity, foreignness and alienation. Stories of a devastating past are compellingly reconstructed to try and make sense of the present.

Maya Arad Yasur is a prize-winning Israeli playwright, whose work has been produced worldwide. Amsterdam won the Jury Prize at Stueckemarkt 2018, held as part of Berliner Festpiele’s Theater Treffen. In 2014, she received the Habima Award for emerging artists, her play Suspended won the first prize of the international playwriting competition of ITI–UNESCO in 2014, and Ten Minutes from Home was commissioned to commemorate the 20th anniversary of Yitzhak Rabin’s assassination. Her play God Waits at the Station was commissioned by Union de Theatres de l’Europe (an EU initiative), premiering at Vienna’s Volkstheater in 2015.

Amsterdam will play the Orange Tree Theatre, Richmond from 6 September to 12 October 2019 and the Theatre Royal Plymouth from 27 February to 14 March 2020.


Please click here to continue to the Theatre Royal Plymouth  >>>