Casting has been announced for J’Ouvert, the debut play from one of Theatre503’s resident playwrights Yasmin Joseph. 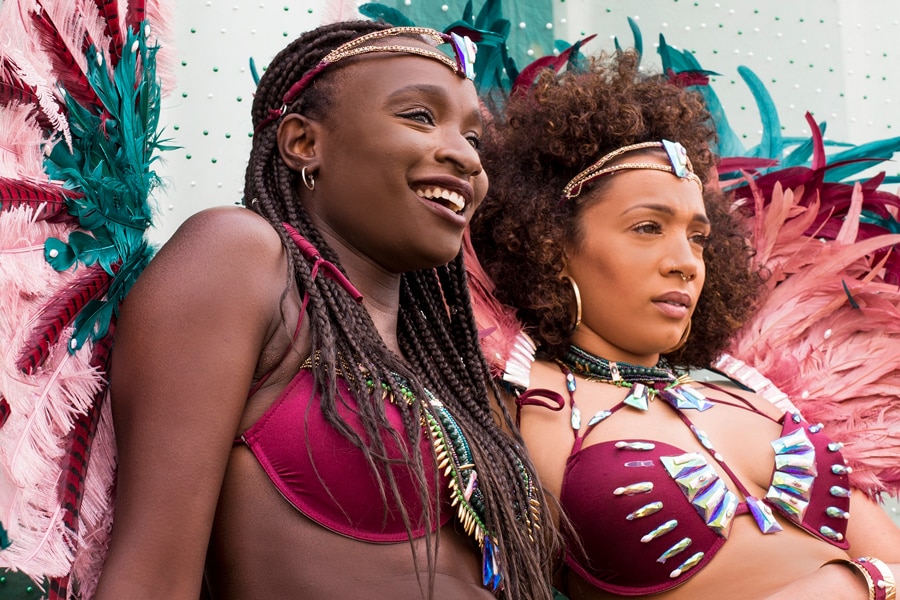 It’s the Notting Hill Carnival and the streets in West London are alive.  In dazzling colour and endless sequins and feathers, Jade and Nadine are fighting for space in a world they thought was theirs.  J’Ouvert is a hilarious and fearless story of two best friends, battling to preserve tradition in a society where women’s bodies are frequently under threat.

Yasmin Joseph comments, Carnival is of immense personal significance to me. Not just because it carves a space that allows me to honour my Caribbean heritage, but because in practice I believe it’s a powerful act of resistance. Throughout my life I’ve always seen women as being at the helm of the tradition, they are both the purveyors and innovators of carnival and are fundamental in keeping it alive. This play is my way of reconciling with how Black women are often mistreated in the spaces that they pioneer.

J’Ouvert marks Yasmin Joseph’s debut play as one of Theatre503’s resident playwright as well as Rebekah Murrell (Nine Night, National Theatre, Trafalgar Studios) who will make her directorial debut in this timely reflection on the Black British experience and the sexual politics that are experienced at Carnival and beyond.

BOOK TICKETS FOR J’OUVERT AT THEATRE503

Otherwise, please click here to continue to Theatre 503...
x
Send this to a friend