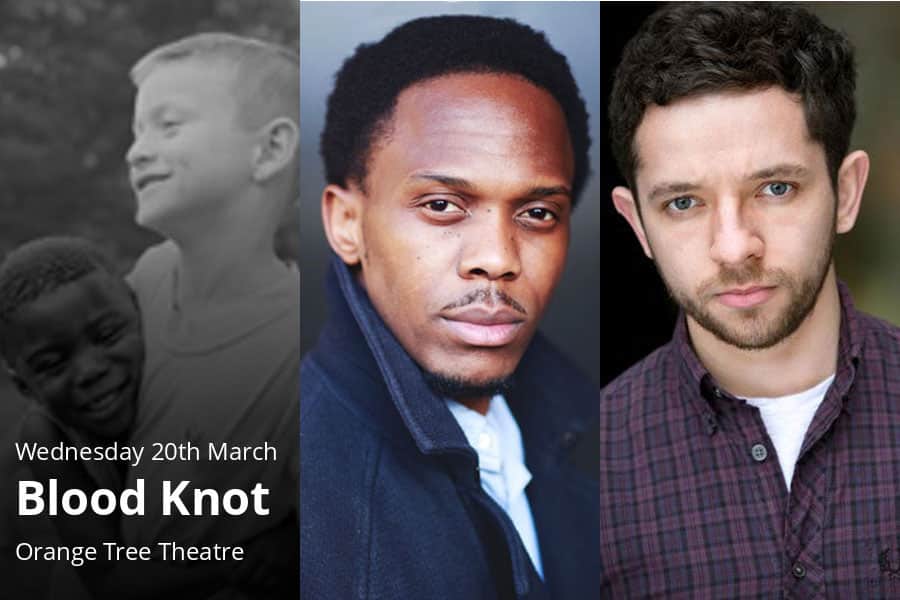 It’s been a year since Morrie returned to Port Elizabeth to live with his brother Zach. They share childhood memories of their mother, yet have wildly contrasting life experiences due to their different fathers.

Morrie wants to take them away from their township shack, buy a small farm and make a new life. To take their minds off the struggle, they decide Zach needs a pen pal. But who should it be? An innocent game can quickly go wrong…

As things get complicated, the stakes rise: can they free themselves from the enduring prejudices provoked by the different shades of their skin?

In a career spanning seven decades Athol Fugard has been a vital part of the anti-apartheid movement in South Africa.

Blood Knot is direcetd by Matthew Xia, designed by Basia Binkowska, lighting design by Ciaran Cunningham and composition and sound design by Xana.