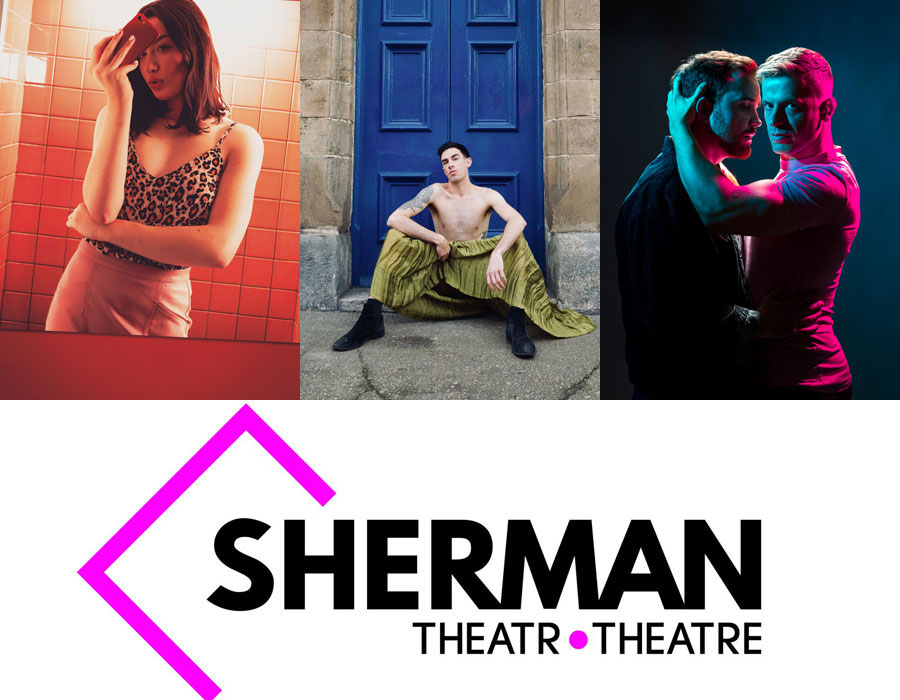 The new plays at the Cardiff theatre in spring 2019 will be Welsh-language play Woof by Elgan Rhys, Lose Yourself by Katherine Chandler, and Saethu Cwningod / Shooting Rabbits, the first work from its bilingual company in residence, PowderHouse.

The season also includes a bold re-imagining of Shakespeare’s The Taming of the Shrew by leading playwright Jo Clifford who became the first openly trans writer to have a play running in London’s West End with Great Expectations.

After the successful first outing for its Get It While It’s Hot Platform for emerging theatre companies in south Wales in autumn 2018, the Sherman will offer another show this coming spring, Five Green Bottles from Spilt Milk Theatre.

The Sherman will continue to partner external companies, presenting the world premiere of Into the Light from Cardiff’s Hijinx Theatre with Teatro La Ribalta and Frantic Assembly. The spring 2019 line-up also includes Anweledig from Welsh theatre company Frân Wen.

O’Riordan, who is due to take over as artistic director of London’s Lyric Hammersmith in February, said: “I am so very proud of this, my last season as artistic director of Cardiff’s Sherman Theatre. I am proud because it represents much of the ambition I felt for us when I started here in 2014. At the heart of the season is new Welsh work and a bold look at the world we live in, focusing on sex, power and gender.”

Woof, running from 31 January to 9 February, is written by Elgan Rhys and directed by Gethin Evans – both artists who have been nurtured and developed by the Sherman over the past five years.

Set in contemporary Cardiff and performed in Welsh, this play explores the dark, secret side of gay culture and asks us to look beyond stereotype to the core of human behaviour.

Into the Light from Cardiff’s Hijinx Theatre with Teatro La Ribalta and Frantic Assembly will have its world premiere performances at the Sherman from 14 to 16 February. Frân Wen’s Anweledig, which is Welsh for “invisibility”, will be staged on 12 and 13 March.

Jo Clifford’s adaptation of The Taming of the Shrew will be at the Sherman from 28 February to 16 March in a co-production with Glasgow’s Tron Theatre Company.

O’Riordan said: “I asked Jo, whose work as a trans playwright has been game changing in Scotland, to respond to Shakespeare’s The Taming of the Shrew. I asked her because I felt her particular intellect, skill and life experience would make for a unique reimagining of this contentious play.

“I am delighted to say that Jo’s Shrew is challenging, hilarious and overturns all our conceptions of gendered behaviour. It’s a hugely theatrical, bold and thrilling play to premiere and will be directed by Michael Fentiman.”

This will be followed by Spilt Milk Theatre’s Five Green Bottles from 9 to 13 April. It is written by Joe Wiltshire Smith with co-writer Kristy Philipps and will be directed by Becca Ledstone.

From 1 to 4 May, PowderHouse’s Saethu Cwningod / Shooting Rabbits will be a vibrant and physical exploration of politics and power, performed in Basque, Spanish, Welsh and English. It is written and directed by Chelsey Gillard and Jac Ifan Moore.

The Sherman will premiere Lose Yourself, a new play by Katherine Chandler who wrote the heart-breaking piece Bird, from 10 to 25 May. Directed by Patricia Logue, it is described as a funny and disturbing play set in a world of lower league football, poverty and lack of opportunity.

Lose Yourself presents characters who use sex as both escape and transaction. Looking at rape culture in football, it has much to say about the objectification of young women and the commodification of talent.

The Sherman is also continuing its relationship with the National Theatre’s Connections Festival which supports the development of young performers and aspiring theatre makers. Sherman Youth Theatre will perform Ageless by Benjamin Kuffuor, directed by the Sherman’s communities and engagement coordinator Timothy Howe, in March before presenting the play as part of the National Theatre Connections Festival 2019 at the Sherman in late April.

The Sherman will also stage its fourth co-production with the Royal Welsh College of Music & Drama, based in Cardiff. Its latest project will be written by Jacob Hodgkinson, from the Sherman’s New Welsh Playwrights’ Programme, and will be directed by Hannah Noone, part of the JMK/Sherman Directors’ Group.

O’Riordan added: “I am delighted to be able to create opportunities for emerging Welsh talent to evolve their professional practice in this way having been nurtured over the past three years by Sherman’s artist development programme.” Both the schemes for playwrights and directors are funded by The Carne Trust.

The spring 2019 programme is completed with a broad mix of comedy, dance and family theatre from visiting companies. It includes a mixed bill titled Awakening from National Dance Company Wales on 1 and 2 May.

O’Riordan concluded: “The theatre I leave is not the theatre I arrived in almost five years ago. This is down to the fact that our audiences have been prepared to come with us on a journey of reinvention, and that artists have made such extraordinary work for our stages. Diolch o galon.”