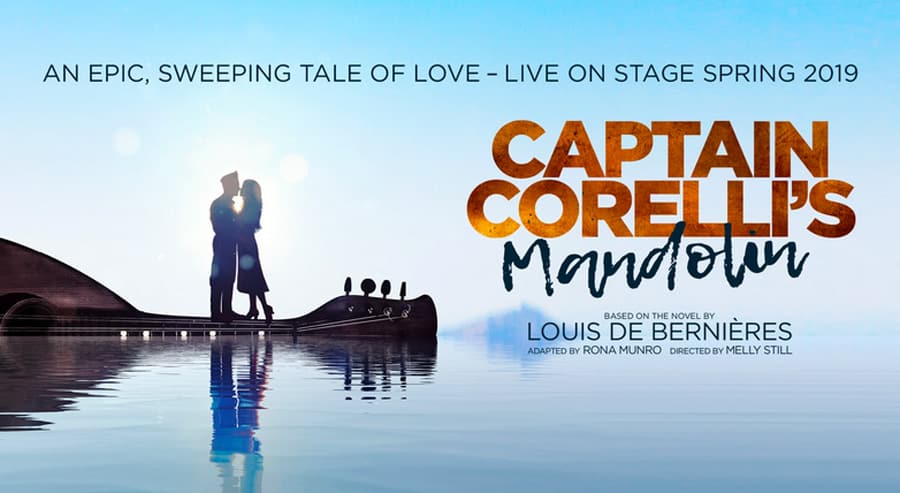 Author Louis de Bernières said of the transfer, “I am delighted that this production of Captain Corelli’s Mandolin is moving to the West End. The play is faithful to my story, movingly told, and the direction and acting are superb.  It deserves a long run.”

Captain Corelli’s Mandolin is directed by Olivier and Tony Award nominee Melly Still and has been adapted by Evening Standard Award-winner and Golden Globe and BAFTA Award nominee Rona Munro. 2019 marks 25 years since the book was first published.

Captain Corelli’s Mandolin is an epic love story set on the Greek island of Cephalonia. It follows the lives of Dr Iannis, his beautiful, strong-willed daughter Pelagia and the Italian Captain Antonio Corelli, during the Italian and German occupation of the island in World War II. For Captain Corelli’s Mandolin, Louis de Bernières won the 1995 Commonwealth Writers’ Prize – Overall Winner for Best Book, the 1995 Lannan Literary Award for Fiction and the 1994 Sunday Express Book of the Year. In 2001, the novel was adapted into a film starring Nicolas Cage and Penélope Cruz.