This week has seen more West End shows suffer under isolation protocols culminating in the announcement from the producers of Joseph.

West End Shows are now involved in games of isolation roulette as Joseph and the Amazing Technicolour Dreamcoat becomes the latest West End show having to cancel performances following track and trace procedures.

As at the present moment the following productions have had to isolate losing performances as a result:-

Be More Chill has been added to our list today (10 August). The production is now cancelled from 10 August 2021 to 18 August 2021. Bill Kenwright Ltd issued the following statement: ‘One member of our team on Be More Chill at the Shaftesbury Theatre has unfortunately tested positive for Coronavirus, and as a result the production has temporarily been suspended. The next performance will be at 2.30pm on Thursday 19th August. On behalf of the producers of Be More Chill and the Shaftesbury Theatre, we would like to apologise for any inconvenience caused.

The Prince Of Egypt has cancelled performances until the matinee on 12th August at 2.30pm.

Bagdad Cafe at the Old Vic has cancelled performances up to and including 13 August 2021. Added 9 August.

Jersey Boys cancelled performances on 6th and 7th of August.

If you are affected by cancellations your point of sale agent or the theatre’s box office will contact you to exchange or refund tickets. 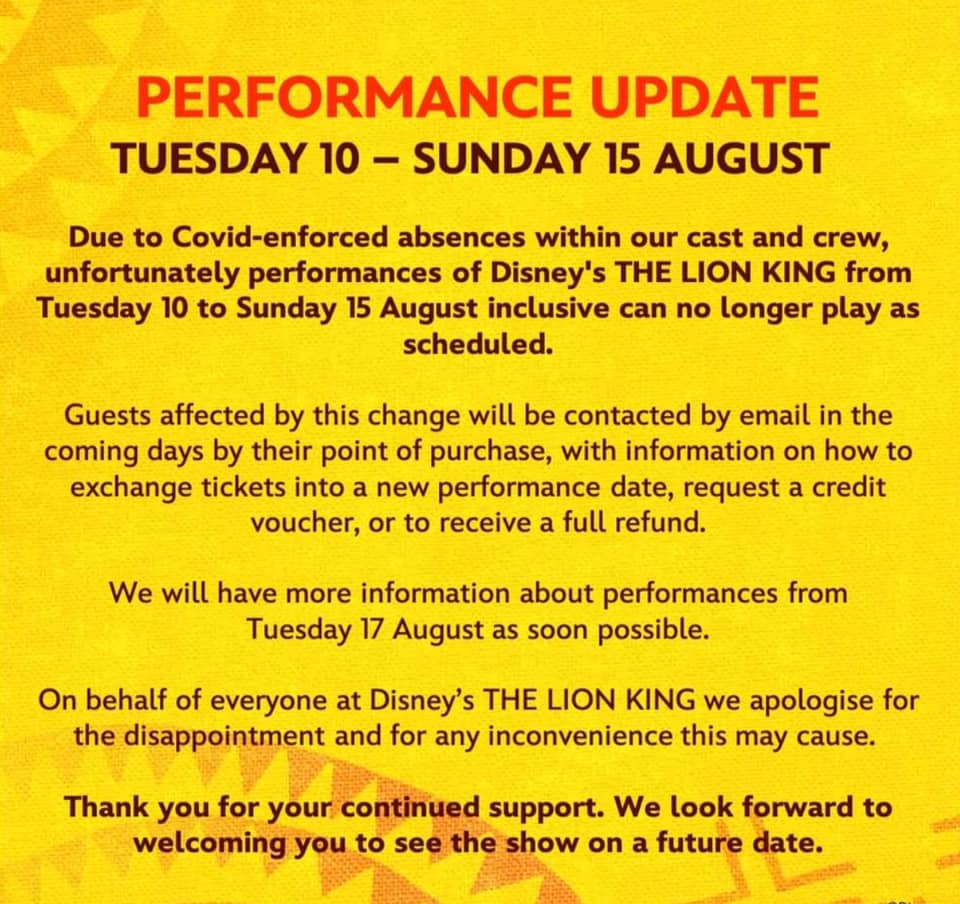 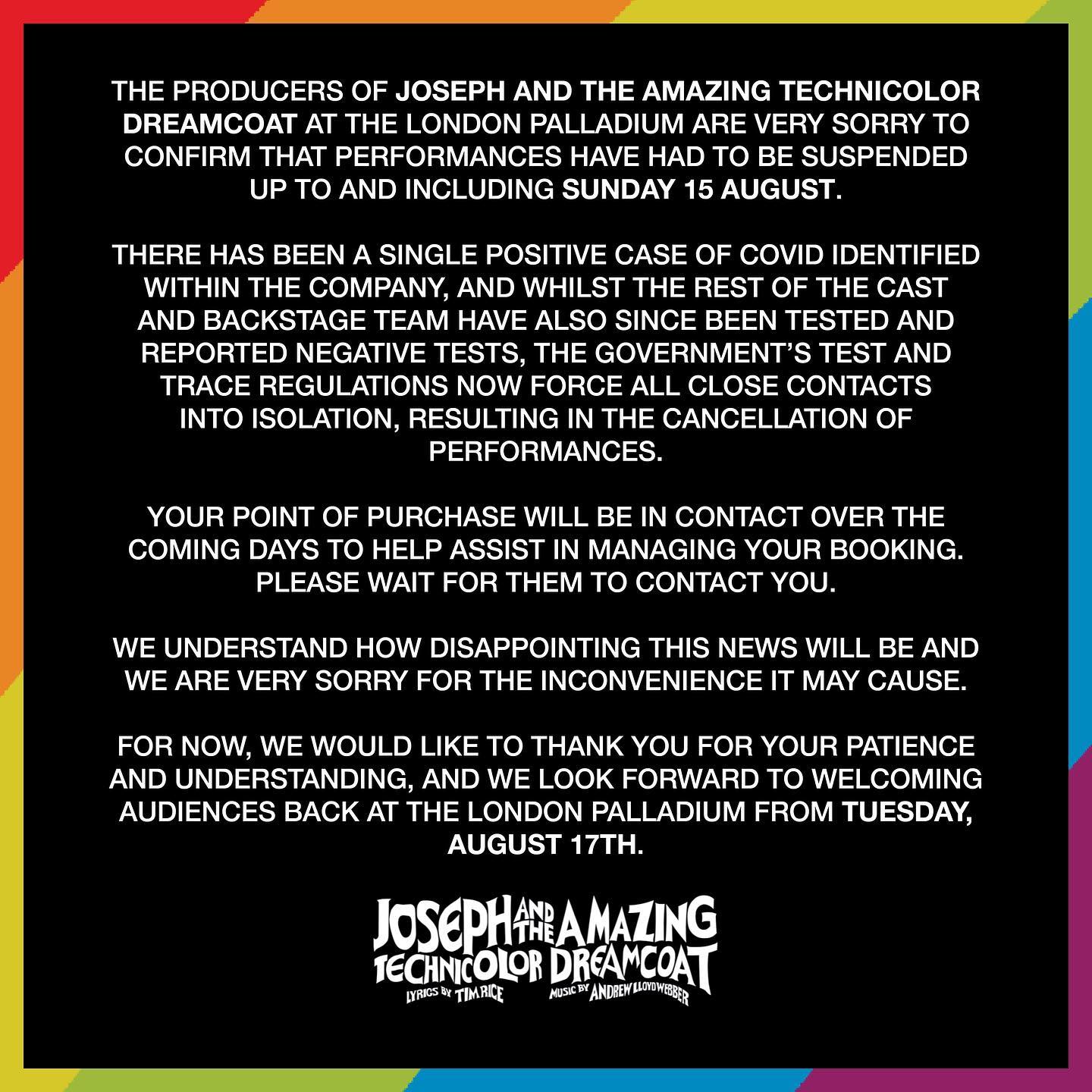 Sadly one member of our team on Be More Chill at the Shaftesbury Theatre has tested positive for Coronavirus, and as a result the production has temporarily been suspended.

The next performance will be at 2.30pm on Thursday 19 August. pic.twitter.com/EEml4HyHkF