Over the Christmas and New Year break 2021 Cameron Mackintosh and Sky Arts are presenting a season of some of his greatest musicals and a new documentary celebrating the First 50 years of his theatre career. 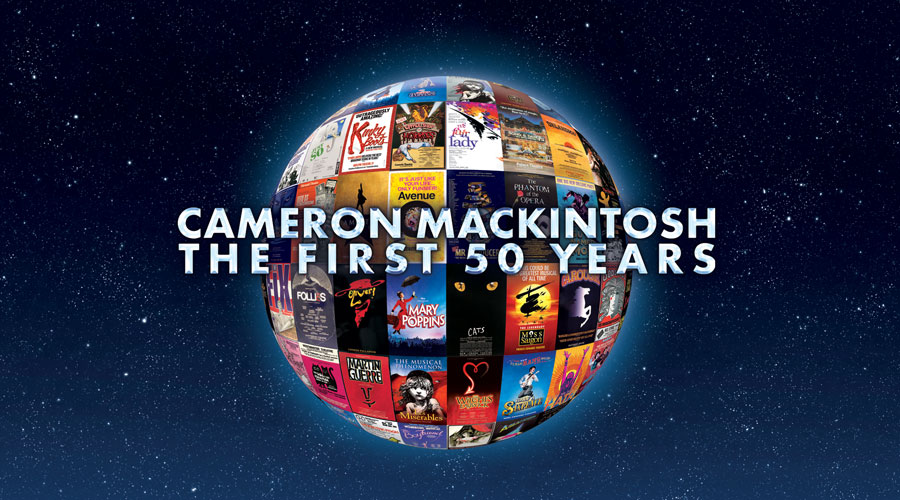 Musical theatre fans can look forward to The Phantom Of The Opera Royal Albert Hall 25th Anniversary Concert, the 25th Anniversary Performance of Miss Saigon, Les Miserables: The Staged Concert, a live recording of Kipps the musical (formerly known as Half a Sixpence) and to top it off a programme looking at Cameron Mackintosh’s producing career and the passion for musicals that drive him.

Cameron Mackintosh: The First Fifty Years has a host of industry colleagues and performances including Stephen Sondheim, Julia MacKenzie, Michael Ball, Christopher Biggins, Sonia and Maria Freidman, Alain Boublil, Claude-Michel Schoenberg, George Stiles, Anthony Drewe, Elaine Paige, Andrew Lloyd Webber and Patti LuPone. It is a beautifully put together look at a portion of Cameron’s career with commentary from the aforementioned theatre legends who were there. Musical theatre fans worldwide will be sitting down to this ready to indulge their own musical theatre fanaticism.

Having watched so many Southbank Shows over the years and studied Mackintosh and his legendary marketing and production standards, it is easy to get caught up in his infectious enthusiasm and think it’s easy to be a producer. It’s not! That’s what makes his achievement over this “first 50 years” so remarkable. Cameron changed the face of musical theatre and in doing so encouraged talent, restored run-down theatres, helped get large touring venues back on their feet, not to mention developing musicals that have rewritten the record books for record runs. It’s the first time I think there has been something that covers so much of that achievement and it’s a perfect remedy following weeks of chaos for theatre in the real world.  (Airs on Sky Arts 27 December at 7 pm).

Having nearly worn out my Les Miz 10th and 25th at the O2 concert recordings, less Miserables – The Staged Concert is a worthy contender to the canon of filmed performances of the World’s Longest Musical recorded live when the show was presented at the Gielgud Theatre during renovations at the Sondheim Theatre. Alfie Boe, Michael Ball, Ron Houchen, Carrie Hope Fletcher, Bradley Jaden, Matt Lucas, Shan Ako and Katy Secombe blow the roof off the Gielgud. (airs 30th December on Sky Arts at 1.15pm).

Many have already seen the Royal Albert Hall Anniversary celebration of The Phantom of the Opera with Ramin Karimloo and Sierra Boggess complete with the huge magnificent orchestra (Airing on Sky Arts on 27 December at 4.15 pm), and the Miss Saigon 25th Anniversary performance at the Prince Edward Theatre with Jon Jon Briones, Eva Nobkezada, Alistair Brammer, Hugh Maynard, Tamsin Carroll and Rachelle Ann Go currently running on Netflix. There are some great bonus encores at this special anniversary performance that fans will adore (Airing on Sky Arts at 10 pm on 27 December).

Joining these legendary musicals for this season is Kipps (previously known as Half A Sixpence in a production with an augmented score by Anthony Drewe and George Stiles and a knockout performance from Charlie Stemp as Arthur Kipps filmed during its run at the Noel Coward Theatre in 2016. (Kipps airs 28 December on Sky Arts at 6.30 pm). It’s joyous and beautifully filmed.