The Bush Theatre London is releasing a series of filmed monologues by UK and Irish writers under the title of Monday Monologues which started this week. 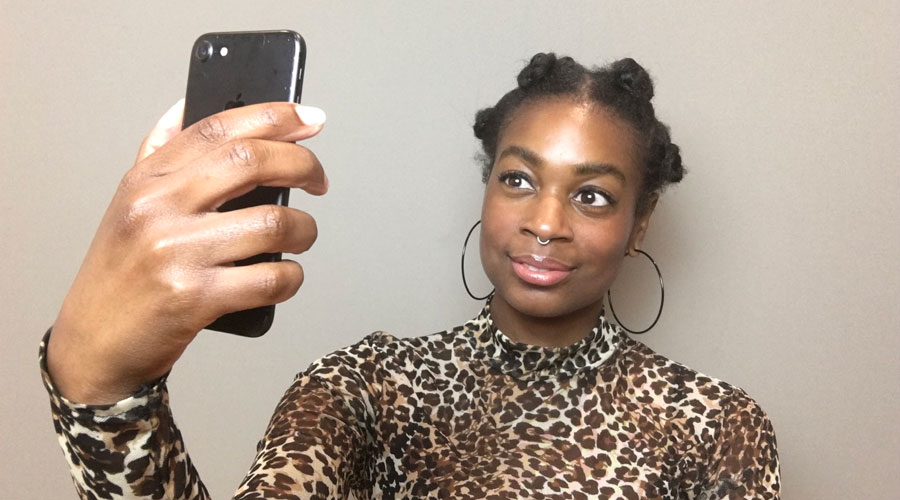 The Bush Theatre’s Monday Monologues written by UK and Irish writers including Travis Alabanza, Natasha Brown, Shaun Dunne, Sophie Ellerby, Tristan Fynn-Aiduenu and performed by actors including Patrick Gibson, Ibinabo Jack, Maymuna Abdi, Anjana Vasan, and Stefan Adegbola will be released by the Bush Theatre, fortnightly from 18 May. We will upload them all onto this page as they are released.

Whilst the building is closed following government advice regarding Coronavirus, the Bush Theatre team has continued to work to bring exciting new voices to the UK cultural scene. As part of this work, they are producing a series of monologues commissioned by the Bush Theatre, performed by friends of the theatre.

Funny, sad, heart-warming, and poignant, a series of Monday Monologues, written and recorded during the lockdown includes work by Travis Alabanza, Natasha Brown, Shaun Dunne, Sophie Ellerby, and Tristan Fynn-Aiduenu which will be available to watch on IGTV, Twitter, Youtube and the Bush Theatre website for the next twelve months.

Bush Theatre Artistic Director, Lynette Linton said, ‘Even though our building
is closed, we are committed to supporting and working with our wonderful community of writers and artists. For every play you see on stage, there are often years of hard work, personal development, and commitment to the art of writing that has been part of that journey. We want to do our bit to support and honour that process. We are really excited to share this series of brand new monologues with you all and would like to thank the actors and writers for helping us find a way through these difficult times’

18 May – Ibinabo Jack in Skype d8 by Travis Alabanza
It is hard to focus on what you are saying because I am imagining what my image looks like – as big on your side of the screen, as it is tiny on mine.

Dating is tricky at the best of times but what happens when you can only see each other online? Travis Alabanza’s Skype d8 is a hilariously honest look at the pitfalls of dating in isolation, starring Ibinabo Jack, who recently appeared as Leah
The High Table at the Bush.

1 June – Patrick Gibson in Beds by Shaun Dunne
From that first night I think we both regretted it.
Laying there stiff and quiet.
On a bed like a rock.
They should be hard. Relationships. Beds. Hard is good for you. Isn’t it? Patrick Gibson (Sweat in the West End) performs Shaun Dunne’s bittersweet reflection on the end of a relationship.
Shaun Dunne is a Dublin based theatre and film artist that makes work about
the here and now. Recent work includes Restoration and Rapids at Project Arts Centre.

15 June – Maymuna Abdi in Clarissa by Tristan Fynn-Aiduenu
I woke up in the most psychedelically wallpapered home I had seen since I went to my Gran’s yard when I was 10. I said, “Heaven is clapped man.”

Maymuna Abdi, a member of the Level Up ensemble, is part of the Almeida Young Company and alumni of the National Youth Theatre.

29 June – Anjana Vasan in Contradictions by Natasha Brown
I keep telling myself I’m not in love with you and I’m not so don’t worry. It’s just I don’t skip over all the love songs that come up on my shuffle anymore…

Okay, the mornings do seem brighter. Phone calls with family members aren’t such a chore. And, yes even food tastes better right now. But Natasha Brown’s protagonist, played by Anjana Vasan (A Doll’s House, An Adventure) is definitely, definitely not in love. London theatre-maker Natasha Brown’s work centres on themes of identity and belonging.  Her previous work includes I Am [Not] Kanye West  (Bunker Theatre).

13 July – Stefan Adegbola in Anything for Cash by Sophie Ellerby
You see him more than I do! On your television. Stood behind a little podium. Looking all smart and sexy and serious in his suit.

Absence makes the heart grow fonder? Not when your lover is busy keeping the country calm in a time of crisis. In Sophie Ellerby’s monologue, Stefan Adegbola (Bush Theatre’s The High Table) plays a man left on hold by his high-flying boyfriend, wondering when his personal life got so political. Sophie’s previous productions include Lit (HighTide Festival and Nottingham Playhouse) and Three (Arcola).

The Bush Theatre is currently closed due to the Coronavirus.  The previously announced theatre season is postponed, and new dates will be announced later in the year. During this difficult time any donation, big or small, will play a part in ensuring the Bush Theatre can continue to support writers. Please donate via the link at bushtheatre.co.uk if you can.

The Bush Theatre opened in 1972 is a champion of playwrights and operating in one of the most culturally diverse areas of London, the Bush has a commitment to its local community and the wider artistic community braiding these two strands of work together to produce an engaging and challenging programme which reflects the world we live in.