The Bush Theatre has announced its 50th Birthday Season continuing its quest to discover and develop new writers, directors, creatives and acting talent. 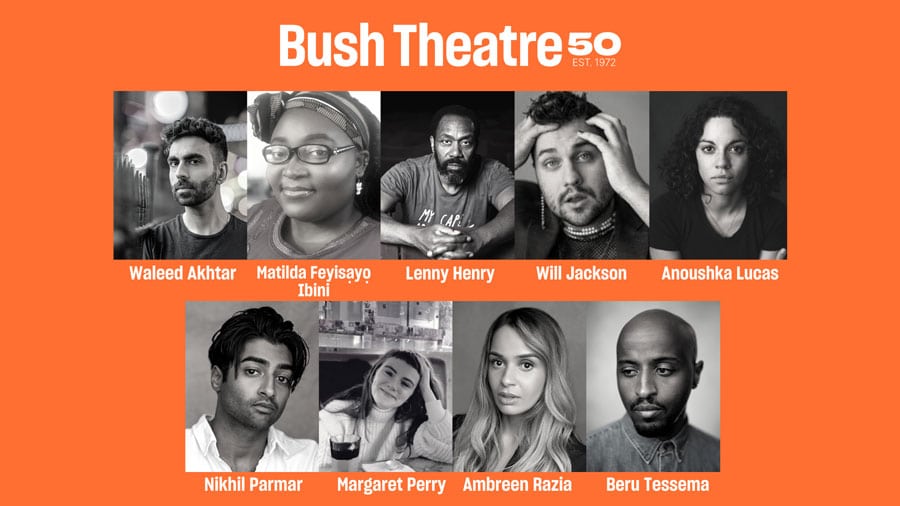 On 7 April, the Bush Theatre celebrated 50 years with the announcement of a new season.

The venue continues its history of shining a light on unheard voices and reflecting issues in the community which surrounds it – family (House of Ife), inequality (The P Word), sexuality (Clutch), and race (August in England) and in doing so diversifying the voices recognised in the canon of British theatre.

The 50th birthday season also includes a series of Bush Retrospective discussions and performances with writers whose work has appeared at the theatre and the Bush Young Company. The events begin in May with Jonathan Harvey and Beautiful Thing.

The Bush Young Companies, for ages 14-17 and 18-25 are an initiative developed during the pandemic.  The companies, free to participants and comprising 70% West Londoners reflect the theatre’s commitment to local life and developing artists of the future. This August, the 14-17 company will perform a specially commissioned work and the 18-25 will devise a new production for their debut appearance on the Bush’s main stage. The Bush Young Companies today announce actor Malachi Kirby as an advocate who will support the company and help expand the skills of the young participants.

The Bush’s New Writing Fund, launched this year, aims to raise £100,000 to support the next generation of new writing talent and offers those donating the opportunity to double their contribution through matched funding on offer throughout the 50th birthday year only.

During the last 50 years, the Bush has staged over 500 plays. In the last year alone they have read over 1000 scripts, given seed commissions to 10 writers, worked with 14 people as part of their Emerging Writers’ and West London Writers’ groups, and commissioned eight brand new plays for the Bush stage. The money raised by the New Writing Fund will go towards the next 50 years of new writers, new writing, and new voices.  Bush’s generous trustees and donors have pledged to match all donations so every donation made will be doubled.