The Tony Award race is now underway. You can still book tickets for the following Tony nominated shows and judge for yourself which productions are worthy of these coveted awards. THE CURIOUS INCIDENT OF THE DOG IN THE NIGHT TIME
Christopher, 15 years old, has an extraordinary brain – exceptional at math while ill-equipped to interpret everyday life. When he falls under suspicion of killing Mrs. Shears’ dog Wellington, he records each fact about the event in the book he is writing to solve the mystery of the murder. But his detective work, forbidden by his father, takes him on a frightening journey that upturns his world.
BOOK TICKETS 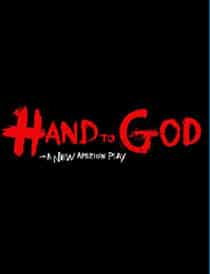 HAND TO GOD
Written by Robert Askins and directed by Moritz von Stuelpnagel, Hand To God plays like an obsidian black farce which turns on those stock elements of farce – violence, sex and religion. The extremity of those elements and their use here is what differentiates this from a run of the mill farce. Askins writes cruelly funny dialogue and the ludicrous situations that develop are undeniably hilarious. But his greatest skill lies in perception – this is a very serious work wrapped up in the glossy laughter of farce.
BOOK TICKETS | READ OUR REVIEW WOLF HALL
It is as near perfect a piece of dramatic theatre as one is ever likely to see. What Herrin and his team have achieved here is utterly, unquestionably remarkable. It is good old-fashioned entertaining theatre, built solidly with fine acting and a tremendous narrative. There are no “concepts” here – just a desire to tell a marvellous theatrical tale.
BOOK TICKETS | READ OUR REVIEW AN AMERICAN IN PARIS
Christopher Wheeldon’s vision here, as director and choreographer, is remarkably detailed and endlessly lavish and ambitious. Without huge pre-built sets, Bob Crowley creates a never static vista of Parisian streets, monuments, parlours and performance venues. It all contributes to the cinematic feel of the dreamlike qualities which propel the production. Casting is faultless and this is probably the best looking, most innately stylish, cast of any Broadway show now playing. Robert Fairchild, in his Broadway debut, is revelatory as Jerry. Leanne Cope is a shimmering flower of elfin glory as Lise, and Max von Essen triumphs as Henri in a cleverly judged, gloriously sung, pitch perfect performance.
BOOK TICKETS | READ OUR REVIEW FUN HOME
Universality is the key to the success of Fun Home. Fundamentally, it is about family and the undisclosed natures and secrets of those who are our family. Children discovering themselves and their own truths and coming to realise that their parents are human and make mistakes, don’t necessarily tell the whole truth all the time and may, in fact, not be quite who they thought they were. Both Judy Kuhn and Michael Cerveris take a back seat to the real star of the production: Sydney Lucas, who plays Small Alison.
BOOK TICKETS | READ OUR REVIEW SOMETHING ROTTEN
There is noting rotten here. Rather, Something Rotten is firm, juicy, fruity, perfectly cultivated, tart, sweet, and every segment, every layer that is peeled back, is full of life. It is almost an orgasm of enjoyment; an ode to the musical form, one that both satirises it’s subject and treats it with loving affection. Broadway will be hard pressed to find a tighter, more superbly tuned company than this one.
BOOK TICKETS | READ OUR REVIEW THE VISIT
For 90 minutes of ecstatic storytelling, you are transported to a place where love, death and consequence are dancing together and where a victory for true love might just not be what you first think it will. Chita Rivera, an incandescent star of the Broadway stage in undiminished glory, is faultless. One of the best of Kander & Ebb’s musicals, The Visit is the best, most important, musical currently playing on Broadway.
BOOK TICKETS | READ OUR REVIEW SKYLIGHT
On a bitterly cold London evening, Kyra Hollis (Carey Mulligan) receives an unexpected visit from her one-time boss and former lover, Tom Sergeant (Bill Nighy). As the evening progresses, the two attempt to rekindle their once passionate relationship, only to find themselves locked in a dangerous battle of opposing ideologies and mutual desires.
BOOK TICKETS | READ OUR REVIEW THE KING AND I
Together with set designer Michael Yeargan, costume designer Catherine Zuber and choreographer Christopher Gattelli, Bartlett Sher has completely reimagined and reinvigorated Rodgers and Hammerstein’s musical both for the vast space that is the Vivian Beaumont stage and for the 21st century. It is a triumph in every respect: gorgeous to look at, immaculate to listen to and something wonderful to experience. Watanabe commendably makes the King his own special, unique creation. As Anna, Kelli O’Hara is incomparable.
BOOK TICKETS | READ OUR REVIEW ON THE TOWN
The dancing has a style, a language of its own and, certainly as choreographed by Bergasse, is more articulate than pages of dialogue. The steps are tricky, pulsing with purpose and bursting with energy and style. Very balletic, but with that jazzy Broadway edge which is just thrilling to watch especially where, as here, the cast is perfectly drilled, perfectly in sync and perfectly dazzling.
BOOK TICKETS | READ OUR REVIEW ON THE TWENTIETH CENTURY
Whatever your thoughts about Chenoweth, her performance in this musical is that one-of-a-kind, flat-out unbelievably extraordinary star turns that leaves you breathless and stunned by the power, ferocity and magnetism of the delivery, both vocal and physical, of the performance, desperate to immediately see her do it all over again and certain, quite quite certain, that, no matter how long you live, you will never see anyone play that role like that again.
BOOK TICKETS | READ OUR REVIEW THE AUDIENCE
The Audience, written by Peter Morgan, starring Helen Mirren and directed by Stephen Daldry, is one of those rare theatrical experiences which embraces and delivers all of the possibilities in a rich, perfectly-pitched and played meditation on the UK Monarchy, the office of Prime Minister and the state of the evolving UK society…If all West End productions were this good, London would expire from sheer pleasure.
BOOK TICKETS | READ OUR REVIEW THE HEIDI CHRONICLES
This is a play about the inequality women endure every day in almost every aspect of life, the way women treat women badly, viciously even, and the pains, pleasures and pitfalls of enduring friendships. The themes about friendship see the play reach its most acute and passionate apex; few will watch those scenes and not see themselves, their lives, reflected in some aspect of the central relationships that play out across the decades through which the narrative courses.
BOOK TICKETS | READ OUR REVIEW IT’S ONLY A PLAY
The night belongs to Nathan Lane who is hilariously vicious as James Wicker, an actor who turned down the lead role in the play written by his best friend because he thought it was a dud. He drops comic gems and malicious slurs with relish; a human laughter grenade launcher.
BOOK TICKETS | READ OUR REVIEW GIGI
Indeed, the most interesting thing about this reworking of the piece is that, while it may be called Gigi, and there is constant talk of, with and about her, the fact is that Gigi is but a supporting character. Really, the musical should be retitled Gaston because this production is about him in every way. Victoria Clarke, Dee Hoty and Howard McGillan shine as the experienced Broadway’s stars they are. But Corey Cott is a true, enduring star in the making and the whole evening is worth it to watch Cott’s assured steps on that path.
BOOK TICKETS | READ OUR REVIEW