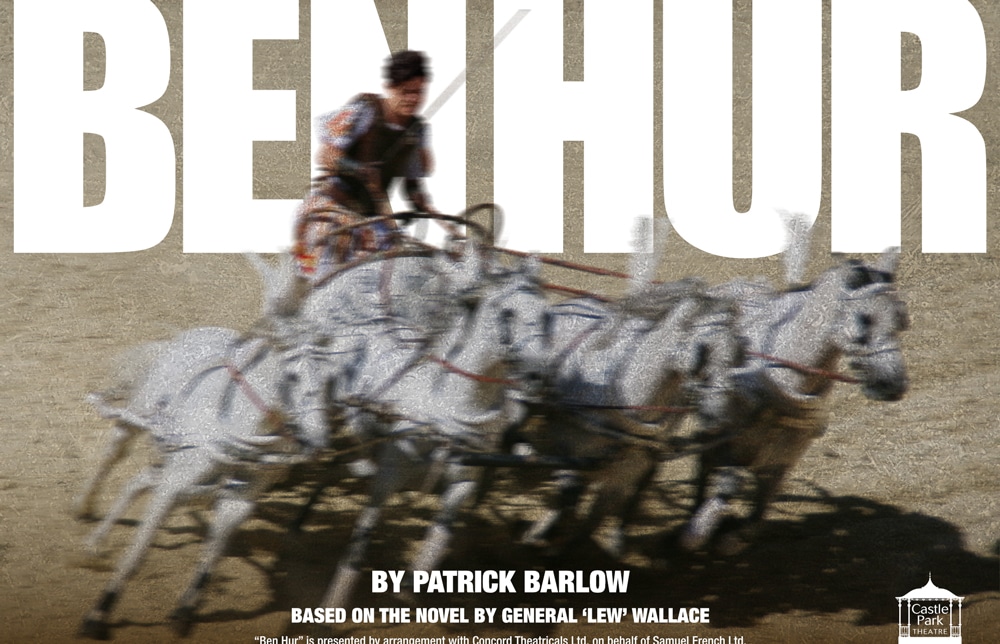 Castle Park Open Air Theatre is kicking off their ‘Roman’ season with a hilarious sideways look at the classic Hollywood sword and sandals epic, Ben-Hur from May 3 to 14. Written by Patrick Barlow, the man behind the long-running West End hit The 39 Steps, it features romance, betrayal, sea battles and that famous chariot race.

Next up will be The Boadicea of Britannia Street, from May 17 to 28, which is a touching and funny look at friendship from Ade Morris. It follows a women writers’ group attempting to stage a play about the Queen of the Iceni who burnt Colchester to the ground.

From May 29 to June 2, Castle Park’s very own family show, King Coel’s Curtains, will entertain audiences of all ages in a quest to cheer up the grumpy king using the town’s most famous nursery rhymes. Then, rounding off the mini-season, a new twist on Shakespeare’s political thriller, Julius Caesar takes place from May 31 to June 11.

Located in the theatre’s new home, the Lower Bowls Green, as well as great theatre, Castle Park Theatre will have a bespoke bar open for refreshments before each show and during the interval. Audiences should bring along blankets, chairs and picnics with gates opening an hour and a half before each performance for visitors to enjoy the space.