It’s showtime, folks! Beetlejuice is ruder, raunchier and frankly, more repellent than ever in this original musical based on Tim Burton’s wonderfully demented film. Beetlejuice tells the story of Lydia Deetz, a strange and unusual teenager obsessed with the whole “being dead thing.” Lucky for Lydia, her new house is haunted by a recently deceased couple and a degenerate demon who happens to have a thing for stripes. When Lydia calls on this ghost-with-the-most to scare away her insufferable parents, Beetlejuice comes up with the perfect plan, which involves exorcism, arranged marriages and an adorable girl scout who gets scared out of her wits.

BEETLEJUICE BROADWAY – WHAT THE CRITICS SAID…

The dead lead lives of noisy desperation in “Beetlejuice,” the absolutely exhausting new musical that opened on Thursday at the Winter Garden Theater. This frantic adaptation of Tim Burton’s much-loved 1988 film is sure to dishearten those who like to think of the afterlife as one unending, undisturbed sleep. Ben Brantley, New York Times.

Whatever else it may or may not be, Beetlejuice is spectacularly weird. The best creative work in this musical adaptation of Tim Burton’s 1988 film-about a pair of sweet ghosts trying to rid their house of its distasteful new inhabitants-has gone into its physical form: The designers come at it from all kinds of crazy angles. David Korins’s haunted-house set seems to buckle in the middle and stretch at the edges; William Ivey Long’s costumes are a batty vision of colors and patterns at war. There are magic tricks and giant worms and a starkly linear idea of the afterlife that contrasts well with the chaotic world of the living. If only so much of the rest of Beetlejuice were not a busy mess.  Adam Feldman, Time Out New York 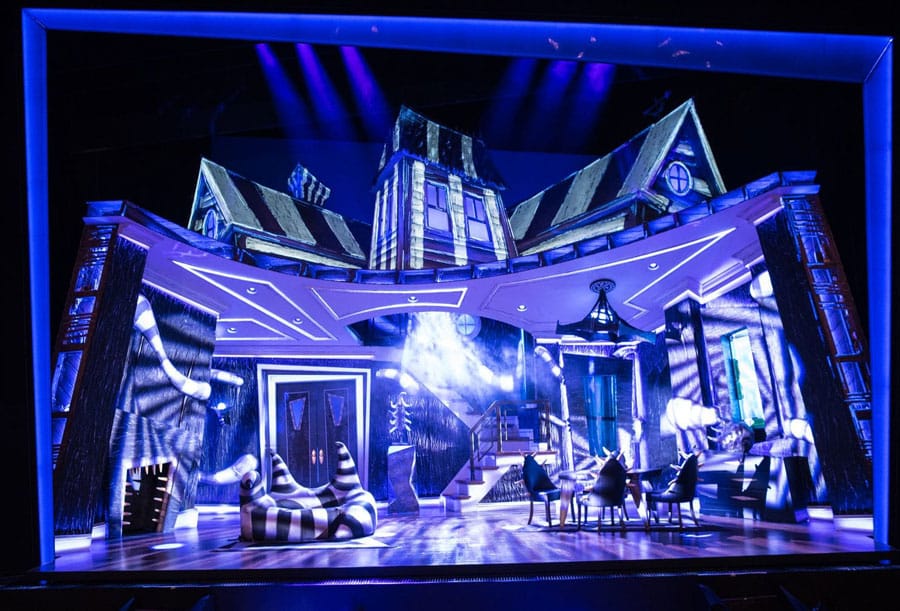 Duration 2 hours and 30 minutes including intermission. 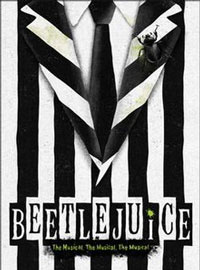 Please note Beetlejuice is not scary, and its themes and content are appropriate for those aged 10 and up. There is the occassional use of strong language.