A MAD Drag Night “Beat For The Gods” supporting The Make A Difference Trust will take place on Sunday 18 August 2019 at Proud Embankment at 6.30 and 10.30pm. 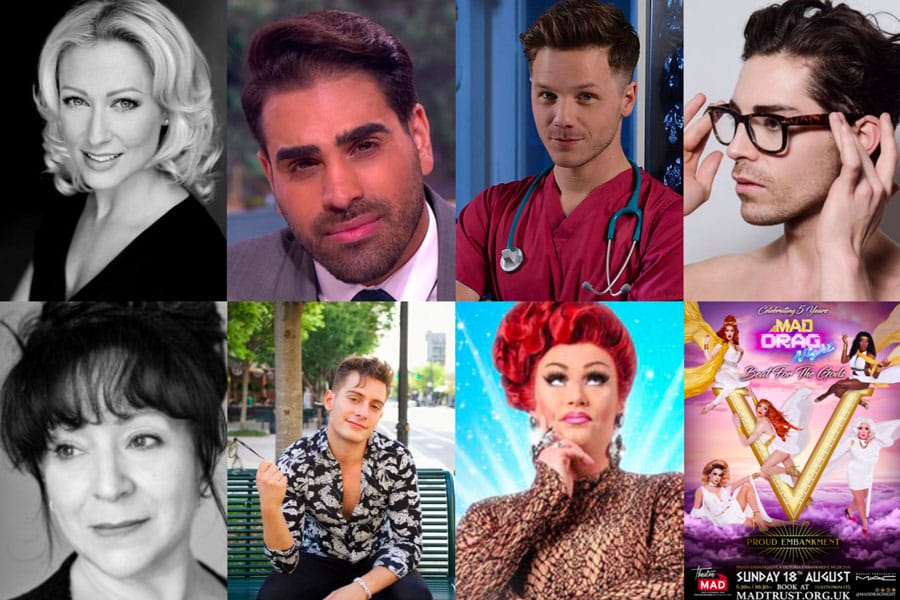 Since the inception of A MAD Drag Night in 2015, our audiences have been treated to some of the West End’s finest performers, but as you’ve never seen them before. Our audiences have witnessed Queen Bey bringing Coachella to London, Goldie Hawn and Meryl Streep duelling till the un-death, he-who-shall-not-be-named casting the unforgivable curse or Melania Trump confused about what she was doing there herself.

A MAD Drag Night ‘Beat for The Gods’ promises to be a Dragulicious Night of Extravaganza Eleganza.

Our girls may start the night as Goddesses but at A MAD Drag Night, anything is possible. Fierce dancers, incredible singers, hilarious comedians, you may even find yourself face to face with a few unexpected, yet familiar, characters as A MAD Drag Night continues to bring its own spin on the Drag show.

A huge cast of the finest drag queens and West End performers from shows including The Book Of Mormon, Disney’s Aladdin, Come From Away, Hamilton, Wicked, Waitress, Kinky Boots, Joseph and the Amazing Technicolor Dreamcoat, Priscilla Queen of the Desert and Everybody’s Talking About Jamie dragging up for a camp-tastic evening of variety and entertainment that is fast becoming one of the West End’s favourite events.

A MAD Drag Night Co-Creator David O’Reilly said “We are so excited to be celebrating our 5th Birthday at our brand new venue, the beautiful Proud Embankment. This year’s show will be bigger and better than ever.”

This glamorous, glittering charity event will once again raise funds for the Make A Difference Trust. Since the first show was staged five years ago, the event has raised thousands of pounds to support the work of the MAD Trust. The Trust works with its partners to support those living with and affected by HIV and AIDS both in the UK and Sub-Saharan Africa building awareness and providing care support and education.

Melanie Tranter, chair of the Make A Difference Trust said: “A MAD Drag Night only happens because of the incredible generosity of the theatre community who give their time and talent so generously to make this incredible show possible. We are truly grateful to them and we are delighted to be celebrating five years of A MAD Drag Night.”

A MAD Drag Night was created in 2015. David O’Reilly, Sean Parkins and David McMullan where all working on the hit Broadway and West End Musical The Book Of Mormon, when the opportunity came up to do a late-night cabaret for The Make A Difference Trust at The
Hippodrome Casino Theatre.

In true Drag Queen style, it became a full-on production and A MAD Drag was born. Sean and the Davids wanted to find a show that brought the community together again, mixing new generations of performers and seasoned veterans in a true celebration of all things Drag and West End. This year sees the celebration of its fifth year birthday with A MAD Drag Night – Beat for the Gods.

A MAD Drag Night 2019 is dedicated to the memory of our dear colleague and friend Harry Wright – David, David and Sean.

BOOK NOW FOR MAD DRAG – BEAT FOR THE GODS