The line-up has been announced for the upcoming BEAM2020 showcase which will present 41 new British musicals that are in development. 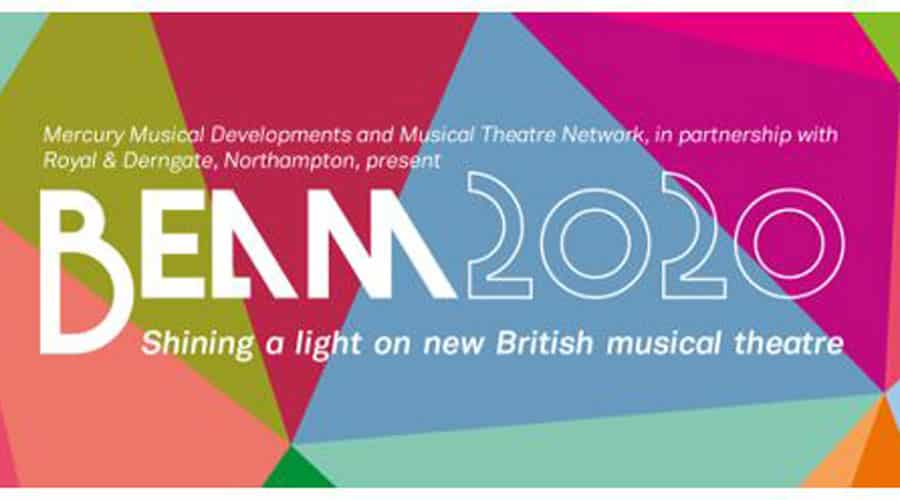 Bringing together key industry figures and talent, the event on 26 and 27 March at Royal & Derngate in Northampton has been organised in partnership with the theatre by Mercury Musical Developments and Musical Theatre Network.

Each musical will be presented in a slot of 25 or 10 minutes. BEAM will also include masterclasses, networking opportunities, panel discussions and a public-facing showcase in association with Adam Lenson Productions’ Signal concert series on the evening of 26 March.

The new musicals being showcased include Gin Craze with book and lyrics by leading playwright April de Angelis, The Rush by Peter Rowe and Ben Goddard who have created the new UK tour of Once, Edinburgh Fringe hit You and I, and Southbound by Katie Mulgrew and Vikki Stone as well as a selection of musicals being developed by Perfect Pitch.

BEAM will contribute to three years of developing new musical theatre by a consortium led by Royal & Derngate, funded by an Ambition for Excellence grant from Arts Council England. You can book tickets for BEAM2020 at www.royalandderngate.co.uk/whats-on/beam2020/ or by ringing 01604 624811.

The following new British musicals will receive a 25-minute showcase at BEAM2020:

Perfect Pitch Musicals will also present an array of new British musicals in its 25-minute showcase, produced by Andy Barnes and Wendy Barnes.

You and I by Cordelia O’Driscoll (composer/lyricist/musical director) and Tom Williams (book). Produced by Jack Robertson and directed by Elin Schofield.

The following will receive a 10-minute showcase:

The Art of Skipping by Eleanor Griffiths (composer/lyricist).

Back in the Daytimer by Ajay Srivastav (composer/lyricist) and Sumerah Srivastava (book writer).

A History of Paper by Oliver Emanuel (book writer/lyricist) and Gareth Williams (composer).

If I Am Real by Kate Marlais (composer) and Alex Young (writer).

An Improbable Musical, improvised by the company – a different show every time.

In These Walls by Zara Nunn (composer/lyricist).

The Phase by Meg McGrady (writer/composer) and Zoe Morris (writer/lyricist). Produced by James Leggat and Katie Wilmore, with musical direction by Jake Pople.

The Rhythmics by Poppy Burton-Morgan (writer/director) and Ben Glasstone (composer/lyricist).