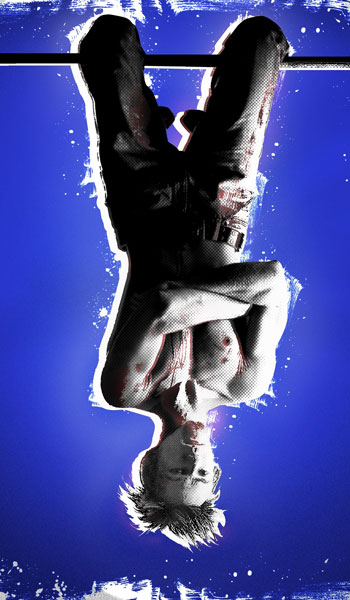 Ten years after the last known sighting, Bat Boy will return to sink his fangs into the London stage in a brand new production in The Large at Southwark Playhouse from Friday 9 January to Saturday 31 January 2015.

A strange bat-child is discovered in a dank cave in deepest, darkest West Virginia. For the small community of Hope Falls, the discovery threatens to shake its moral core and the residents turn to the town veterinarian, Dr. Parker, in the hope that he will know what to do with the strange creature.

Taken under the wing of Dr Parker’s wife, the boy is taught in the ways of the world and adjusts to life in this seemingly normal American family. However, ‘normal’ is merely the cycle on Mrs Parker’s washing machine. Secrets, lies and a mysterious case of dead cows leave our Bat Boy at the mercy of his God-fearing community and the shocking truth that reveals the hidden beast in all of us.

A quirky story with a serious bite, Bat Boy is a delicious twist on the modern day musical comedy. The story was inspired by an article run by American tabloid The Weekly World News; a paper of fabricated stories that many unsuspecting readers believed to be real. The creation of Bat Boy became an overnight sensation and made him a pop-culture icon.

The new production will feature Matthew White (Ragtime, Chicago, The Phantom Of The Opera) as Dr Parker, and Lauren Ward (Matilda, The Sound Of Music) as Meredith Parker.

Bat Boy will be directed by Luke Fredericks with choreography by Joey McKneely and set and costumes by Stewart Charlesworth.

Bat Boy: The Musical won New York’s Outer Critics Circle and Lucille Lortel Awards for Best Off-Broadway Musical in 2001. It received its UK premiere in 2004 at West Yorkshire Playhouse prior to a West End run at the Shaftesbury Theatre.