The UK Cast of new musical Back To The Future performed The Power Of Love on US actor and comedian Josh Gad’s You Tube channel as part of his reunited part series. 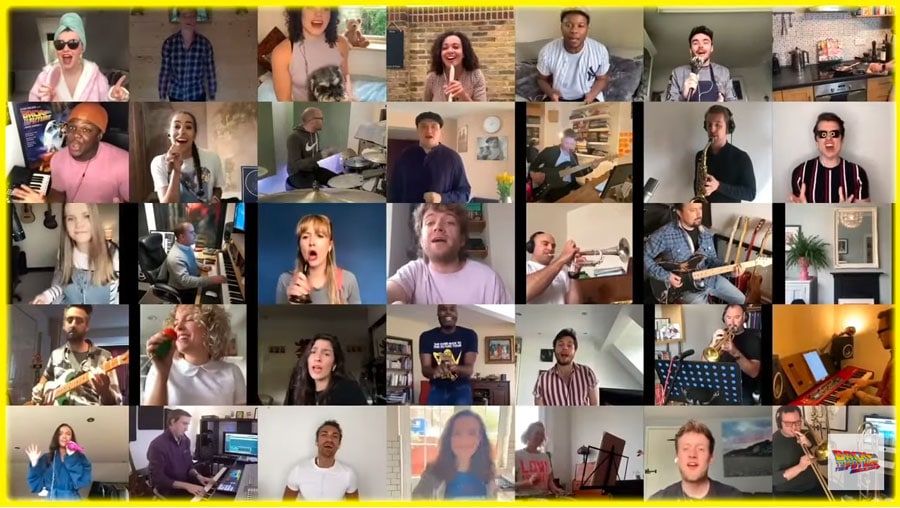 Having had its World Premiere at the Manchester Opera House in 20 February 2020, Back To The Future the musical had its run cut short by Covid-19.

The video of The Power of Love filmed in isolation was part of Josh’s You Tube programme which also featured the stars of the original film. You can watch the complete episode of Reunited Apart here.

Based on the Universal Pictures/Amblin Entertainment film, Back to the Future The Musical has a book by Bob Gale and new music and lyrics by Emmy and Grammy Award-winning Alan Silvestri and six-time Grammy Award-winning Glen Ballard, with additional songs from the film including The Power of Love and Johnny B. Goode.

Marty McFly is a rock ‘n’ roll teenager who is accidentally transported back to 1955 in a time-travelling DeLorean invented by his friend, Dr Emmett Brown.  But before he can return to 1985, Marty must make sure his high school-aged parents fall in love in order to save his own existence.

Back to the Future The Musical is directed by Tony Award-winning director John Rando. Watch this space for future news!