Andy Mientus, Declan Bennett, Victoria Hamilton-Barritt, Cedric Neal and John Partridge are to star in the UK premiere of new musical The View Upstairs at Soho Theatre, London in July 2019. 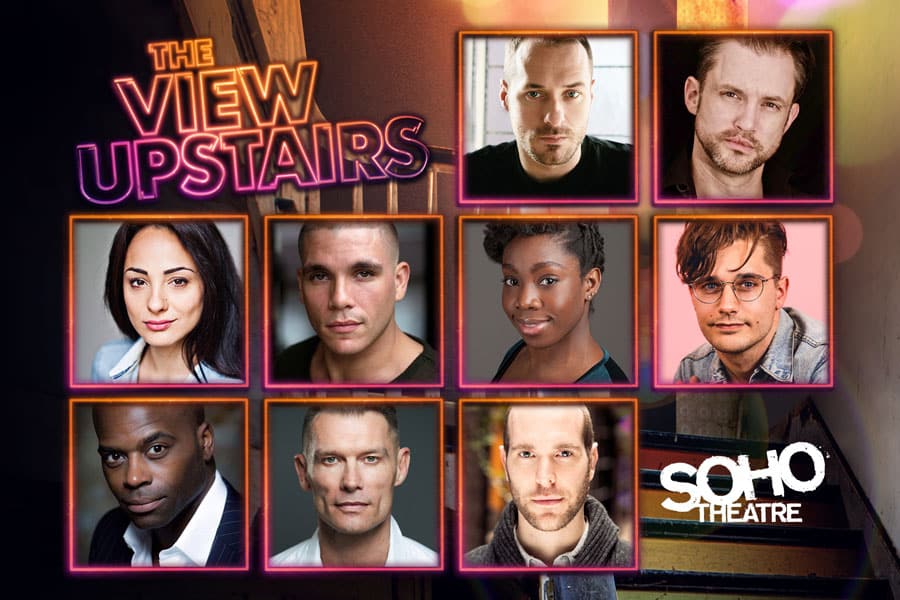 The musical opens in present day when Wes, a young fashion designer buys an abandoned space, not realising this had been the UpStairs Lounge, a vibrant ’70s gay bar in the French Quarter of New Orleans, which, in 1973, was burned down in an arson attack, killing 32 people, and making it the worst attack on the LGBTQ+ community until the 2016 shooting at The Pulse nightclub in Orlando. The View Upstairs brings to life this forgotten community and takes the audience on an exhilarating journey of seduction and self-exploration, celebrating the lives of those forgotten, while featuring a soulful, rock and jazz score.

The View Upstairs opened to rave reviews Off-Broadway in 2017, where Entertainment Weekly described it as “a moving homage to LGBT culture, past and present”, and the musical gained support from some of the LGBTQ+ community’s biggest advocates, including RuPaul. There is an original cast recording available on Broadway Records.

The London production of the musical is one of ten that have been and are being mounted around the world between 2017 and 2019. As well as a triumphant run Off-Broadway, The View Upstairs has enjoyed multiple regional US productions and a recent Australian premiere. The story of this tragedy was recently featured in an award-winning documentary by Robert L Camina called Upstairs Inferno.

The musical is written by young up-and-coming artist Max Vernon and will be directed in London by Jonathan O’Boyle (Aspects of Love, Pippin, Hair), with choreography by Fabian Aloise (Evita at Regent’s Park Open Air Theatre in 2019, The Rink, Our House, Working). The show will have set and costume design by Lee Newby, lighting design by Nic Farman, sound design by Adam Fisher, with casting by Will Burton CDG.

BOOK TICKETS FOR THE VIEW UPSTAIRS