After a 12-month run disrupted continually by the pandemic Andrew Lloyd Webber’s Cinderella has announced that it will close on 12 June at the Gillian Lynne Theatre.

Andrew Lloyd Webber’s Cinderella is to close in the West End at the Gillian Lynne Theatre on 12 June 2022. Book Cinderella London tickets now.

The musical which started previewing in the West End in June 2021 was constantly affected by the ongoing pandemic with the production delaying opening and constantly having to cancel performances due to COVID isolation protocols.

Andrew Lloyd Webber in a statement to The Stage said: – “I am incredibly proud of Cinderella. Not only did it get some of the best reviews of my career, but we led the charge to reopen the West End, ensuring that theatre and live entertainment remained relevant and in the news. While mounting a new show in the midst of Covid has been an unbelievable challenge, we held the government’s feet to the flames throughout their changes of heart during the pandemic.”

He added: “Now, I am really excited to get to work putting together a new production with [production company] No Guarantees for Broadway. Thank you very much to everyone involved, particularly our UK audiences who have loved and supported the show. See you next March on Broadway.”

A Broadway production of Cinderella should start previewing in February 2023 with an opening planned for March 2023.

The production documented the impact of COVID-19 on its London opening through social media. The original opening night planned for August 2020 at the Gillian Lynne Theatre was pushed to October and then to early 2021. Ongoing conflicts due to isolation policies meant that the opening night was moved once again to July before being finally rescheduled and able to open in August 2021.

Lloyd Webber was forced to suspend performances from December 2021 eventually re-opening it in February 2022 when the Omicron variant hit the capital. Andrew rejected having the new musical included as part of a pilot scheme to test re-opening theatres at full capacity making it “crystal clear” that his participation “if others were involved and the rest of the industry”.

Andrew Lloyd Webber’s Cinderella was rejected for involvement in the Cultural Recovery Fund, and whilst reviews were generally positive the production was snubbed by this year’s Olivier Awards with Victoria Hamilton-Barritt picking up the musical’s only nomination in her role as the Stepmother.

With an original story and book by 2021 Oscar winner Emerald Fennell and lyrics by Tony and Olivier award-winner David Zippel Laurence Connor directed with choreography by Joann M Hunter. 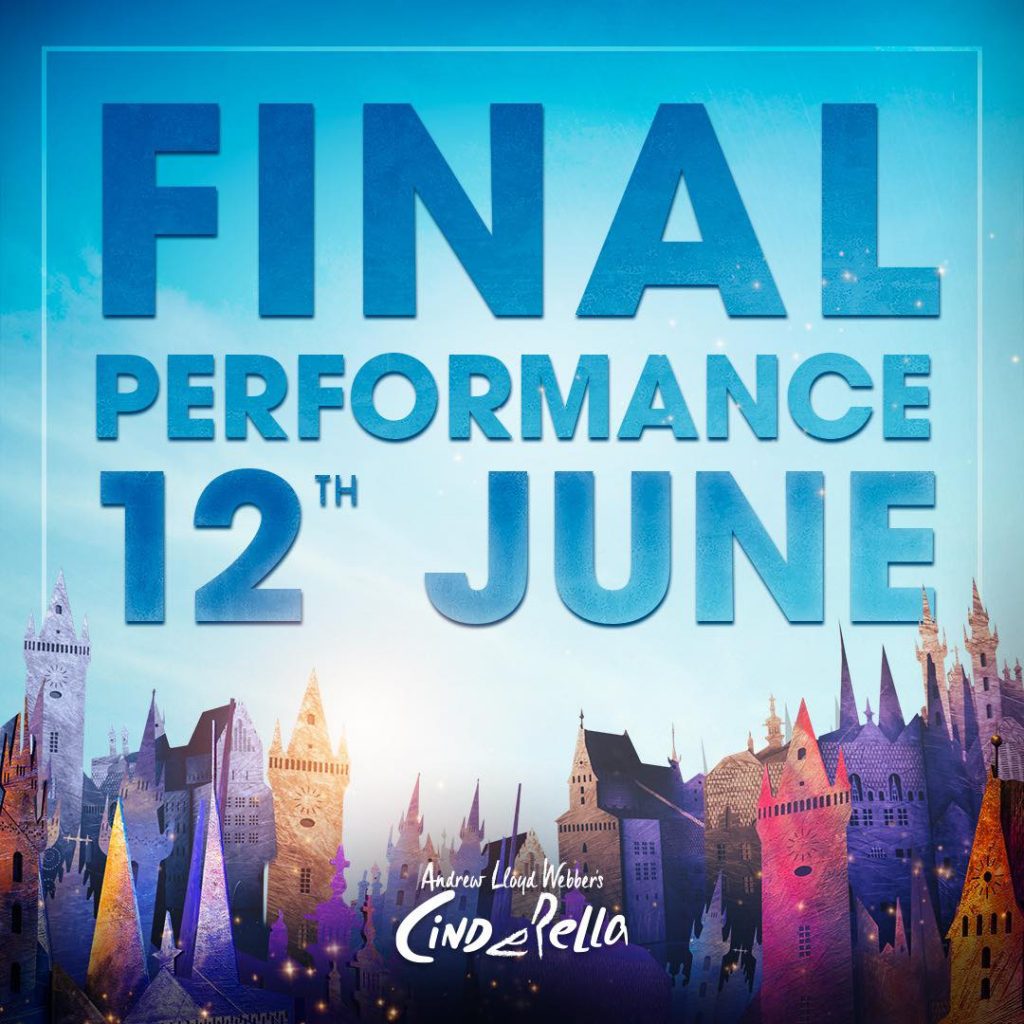