Denise Welch will host a starry list of performers coming together for a filmed concert, We Need A Little Christmas, in support of Shelter and Crisis at Christmas. 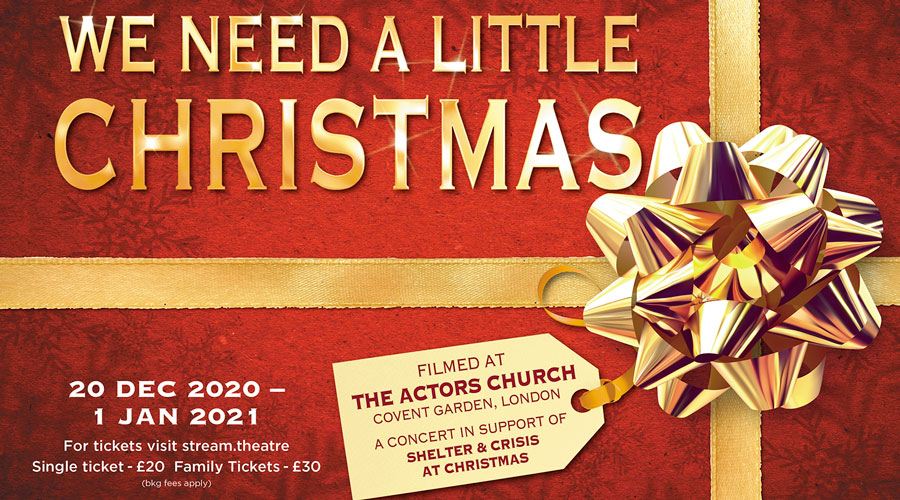 Producers Thomas Hopkins & Michael Quinn for Ginger Quiff Media said, “We are so excited to continue our growth as a new company formed in 2020. We are delighted to have raised, to date, over £40,000 for multiple charities through our productions this year.  This show not only allows us to raise money once again for two charities greatly in need of direct support,  but also will allow us to create a show that gives us the opportunity to employ freelancers and to create what we hope will be a very magical event this festive season, both on stream.theatre and Broadway On Demand.”

We Need A Little Christmas will be directed and staged by Michael Strassen, with musical direction by George Carter and production design by Andrew Exeter.  Paul Nicholas Dyke is associate director.

We Need A Little Christmas is produced by Thomas Hopkins & Michael Quinn for Ginger Quiff Media and Guy Chapman.