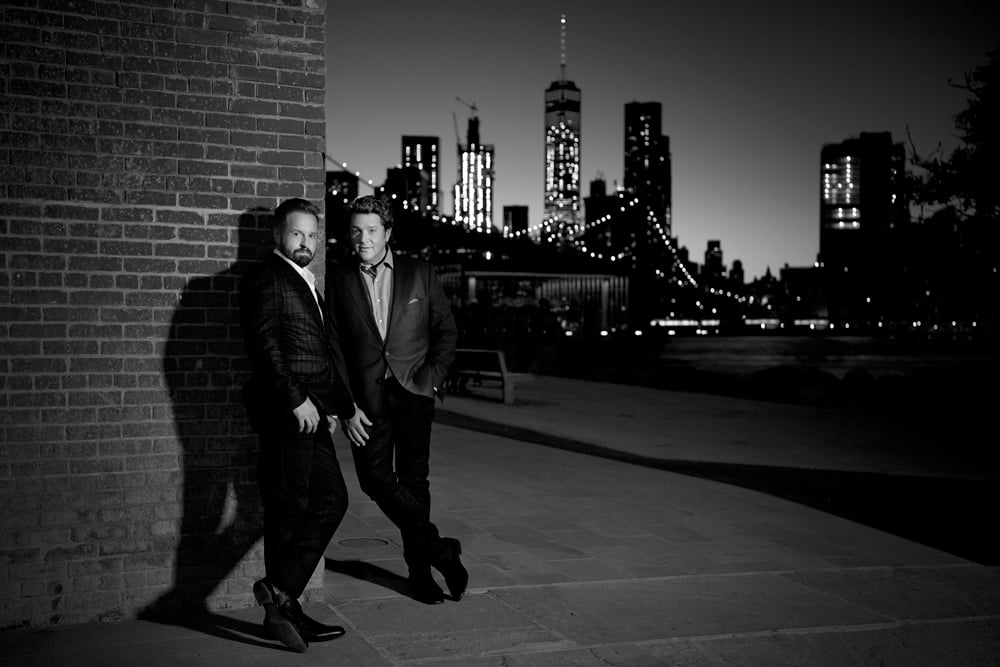 Two of the world’s greatest voices in the world Alfie Boe and Michael Ball have reached Gold status in only 15 days with their new album Together. Debuting in the UK album charts at Number 2 this month, they look set to score one of the biggest-selling records of 2016.

Sitting just behind Little Mix, Bruno Mars and Metallica, this unique coupling of operatic tenor and musical theatre star are still sitting comfortably in the Top 5, whilst undertaking a sell-out tour of the UK. A TV special Ball and Boe: One Night Only will air on December 9, 2016 (the only ITV special this side of Christmas).

Michael Ball and Alfie Boe are two of the most cherished performers in the UK. Between them, the two critically-acclaimed artists have achieved accolades and triumphs galore and received a plethora of prestigious awards, record-breaking sales and chart successes.

Over his extraordinary 30 year career, Michael’s outstanding performances have made smash-hit box office history. He is a double Olivier Award winner, multi-platinum recording artist, top selling live concert performer and a hugely popular radio and TV presenter. Alfie’s exceptional voice has made him Britain’s most popular and biggest-selling tenor. The Tony Award winner has conquered the world’s greatest opera stages and arenas, led the cast of Les Misérables, stole the show at the Queen’s Diamond Jubilee Concert at Buckingham Palace – and performed at the Queen’s 90th birthday celebrations at Windsor Castle – as well achieving UK album sales of over 1.5 million.

FIND OUT MORE ABOUT THE TOGETHER TOUR

READ OUR REVIEW OF TOGETHER