Alexandra Burke will join the cast of Joseph and the Amazing Technicolor Dreamcoat at the London Palladium this Summer. 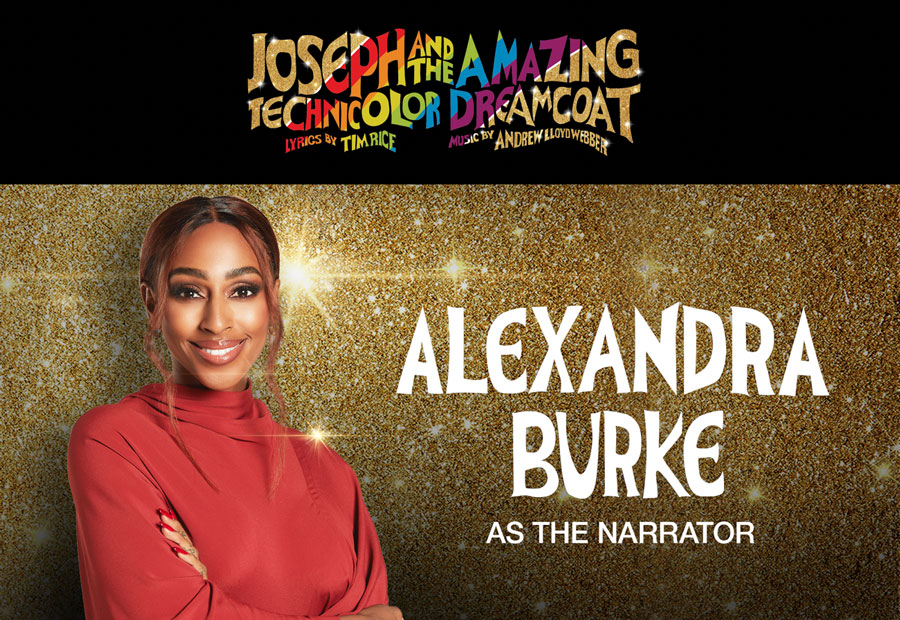 Her many West End credits include the lead roles in The Bodyguard, Sister Act, Chess and Chicago. Alexandra Burke irst rose to fame winning The X-Factor in 2008, and has since gone on to sell over 5 million records.

Alexandra Burke joins Jason Donovan as Pharoah and Jac Yarrow as Joseph, both of whom starred in the 2019 London Palladium revival to great acclaim.

Jason was originally in the show when he made his defining stage performance as the title character of Joseph in the 1990s, in a sold-out 18-month run which produced a No.1 single and best-selling soundtrack album.

Jac Yarrow caused a sensation when he made his professional stage debut playing Joseph, following in the footsteps of a line of stars who have previously played the title character. His portrayal of Joseph won him unanimous acclaim and an Olivier Award nomination, with his rendition of ‘Close Every Door To Me’ regularly stopping the show with standing ovations.

Joseph and the Amazing Technicolor Dreamcoat will be directed by Laurence Connor. Laurence’s credits include the acclaimed London production of School of Rock and the Tony-Award nominated production on Broadway, the recent London productions of Miss Saigon and Chess, the international arena tour of Jesus Christ Superstar and he is also the Co-Director of the new version of Les Misérables which has enjoyed worldwide success including Broadway, UK and US tours. He is the director of Andrew Lloyd Webber’s new production of Cinderella, which also opens this July at the Gillian Lynne Theatre.

This production of Joseph and the Amazing Technicolor Dreamcoat will begin live performances on Thursday 1 July, after the proposed “Step Four” in the Government’s roadmap to easing restrictions, and therefore is planning to accommodate full-capacity audiences in accordance with the intended lifting of all limits on social contact.