ABBAmania is going crazy in London! Not only can audiences enjoy Mamma Mia at the Novello Theatre, Mamma Mia the Party at the O2 but now there’s also ABBA Super Troupers the exhibition opening soon. 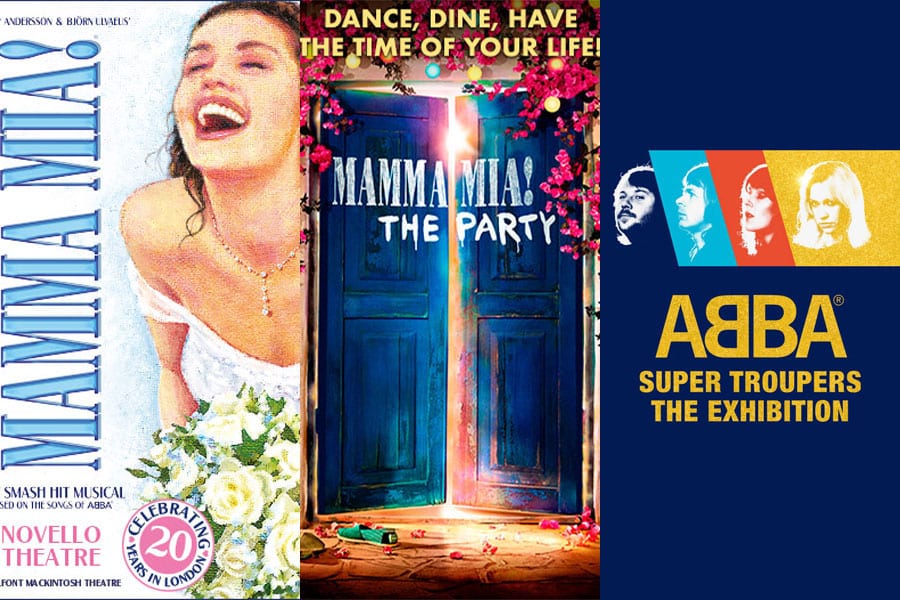 From 1972-82, ABBA (Agnetha Fältskog, Björn Ulvaeus, Benny Andersson, and Anni-Frid (“Frida”) Lyngstad) conquered the world with some of the biggest pop hits of all time. With the launch of Mamma Mia the musical in 1999 in London, the group’s music captured the imagination of the public and 20 years later would see the group build on that popularity with two new events at the O2 in London.

Join the fun as the world’s favourite feel-good musical, MAMMA MIA!, celebrates its twentieth anniversary in London’s West End. Since premiering there in 1999, the irresistible smash-hit has become a global phenomenon that’s captured the hearts of millions around the globe. Now playing at the Novello Theatre.

The sunny, funny tale of a mother, a daughter and three possible dads on a Greek island idyll, all unfolding to the magic of ABBA’s timeless pop masterpieces, has now been seen live on stage by over 65 million people across the world, and turned into two record-breaking movies – MAMMA MIA! The Movie and MAMMA MIA! Here We Go Again.

Now booking through to February 2020 due to phenomenal demand.

Created by ABBA’s Björn Ulvaeus, Mamma Mia! The Party is a new and unique entertainment experience that puts you in the heart of the action. Over the course of more than four hours, you’ll enjoy a spectacular show, a four-course gourmet Mediterranean meal and an ABBA disco all in one unforgettable evening.

In its fourth sold-out year in Stockholm playing to over 300,000 happy guests, Mamma Mia! The Party is now open at The O2 in a purpose-built Greek taverna where you’ll meet taverna owner Nikos and his family as their story unfolds in a glorious night of singing, dancing, feasting and fun. 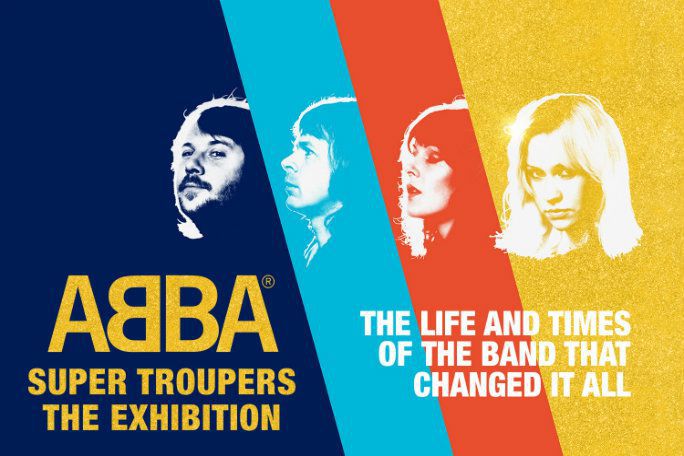 The new and immersive experience charts their music, lyrics, creative process and influence as one of the most iconic pop bands of the modern age.

ABBA burst onto the UK music scene with a dazzling win on the 6th April 1974 at the Eurovision Song Contest, set in the Brighton Dome, and introduced us to the irresistible song that would also go onto become their first UK chart-topper: “Waterloo”

ABBA: Super Troupers The Exhibition examines ABBA’s rise to global superstardom through a series of atmospheric rooms, exploring each of ABBA’s 8 multi-million selling albums, alongside the band’s personal and public journey.

Transforming the traditional exhibition experience, this deeply unique interpretation of the ABBA journey will take visitors and fans into the heart of their stories of each band member, and will also contain objects from ABBA The Museum and other archives, some of which have not previously been on display in the UK.

Incorporating lyrics, costumes, instruments, experimental backdrops of the key events and locations that defined and shaped the band, album artwork, photography, film and more, ABBA: Super Troupers The Exhibition goes behind-the-scenes to examine the heavyweight influence of one of the most enduring music acts of all time.

ABBA Super Troupers opens at the O2 on 6th December 2019

BOOK TICKETS FOR ABBA SUPER TROUPERS AT THE O2 LONDON