Aaron Sidwell and Lauren Samuels lead the cast in the Barn Theatre’s production of William Shakespeare’s Henry V in May 2019. 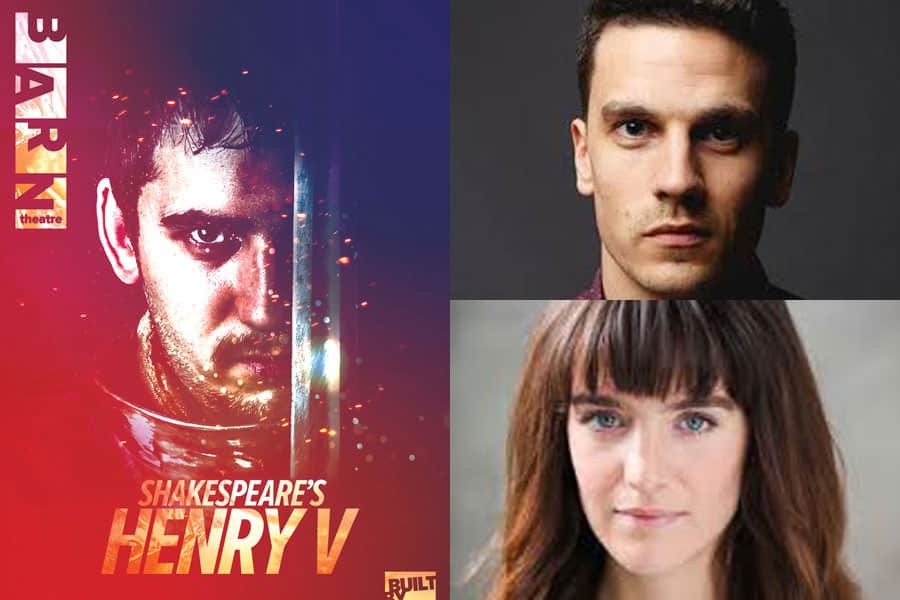 From musical theatre to Shakespeare, Aaron Sidwell (Wicked, American Idiot, Loserville, Ghost, EastEnders) and Lauren Samuels (Bend It Like Beckham, Romantics Anonymous, We Will Rock You, Grease, Water Babies, Over The Rainbow) will star as Henry and Katherine respectively, in The Barn Theatre’s (Best Fringe Theatre  – The Stage Awards 2019) upcoming production of the Bard’s timeless historical classic, Henry V.

The production runs at The Barn from 22 May – 22 June, with press night on Friday 24 May 2019. Henry V will be directed by Hal Chambers, with designs by Emily Leonard, fight direction by Christos Dante, movement direction by Kate Webster, composition by Harry Smith, projection designs by Benjamin Collins, sound design by Chris Cleal and lighting by Sam Rowcliffe Tanner.

Set in modern surroundings, this enduring classic of Shakespeare’s tale of war, its victors and victims, is cleverly brought up to date and explores the conflict between tradition and modernity in Britain through the lens of a nation at war.

The production will feature an atmospheric neon scenography to place the audience in the current moment, whilst maintaining the beauty of the text. This will be set alongside a beautiful original score to transform Shakespeare’s work into a modern, mesmerizing spectacle of tension and excitement.

The play hopes to cleverly preserve Shakespeare’s questioning of the symbolism of monarchy whilst investigating current British Nationalism and explores what it means to be a great leader.

BOOK NOW FOR HENRY V AT THE BARN THEATRE