Casting has been announced for 2:22 – A Ghost Story in advance of its transfer to the Gielgud Theatre London. 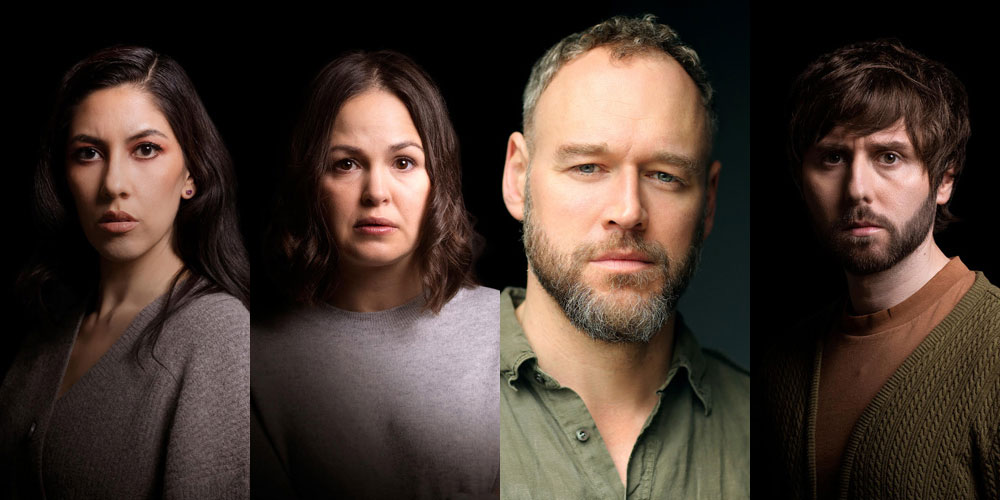 Casting has been announced for the transfer of Danny Robins’ edge-of-your-seat, supernatural thriller 2:22 – A Ghost Story to the Gielgud Theatre.

2.22 – A Ghost Story is written by award-winning writer Danny Robins, creator of the hit BBC podcast The Battersea Poltergeist and it is directed by Matthew Dunster. Intriguing, funny and scary, it takes audiences into one adrenaline-fueled night where secrets will emerge and ghosts may appear….What do you believe? And do you dare to discover the truth?

“There’s something in our house. I hear it every night, at the same time.”

Jenny believes her new home is haunted, but her husband Sam isn’t having any of it. They argue with their first dinner guests, old friend Lauren and her new partner Ben. Can the dead really walk again? Belief and scepticism clash, but something feels strange and frightening, and that something is getting closer, so they are going to stay up… until 2.22am… and then they will know. 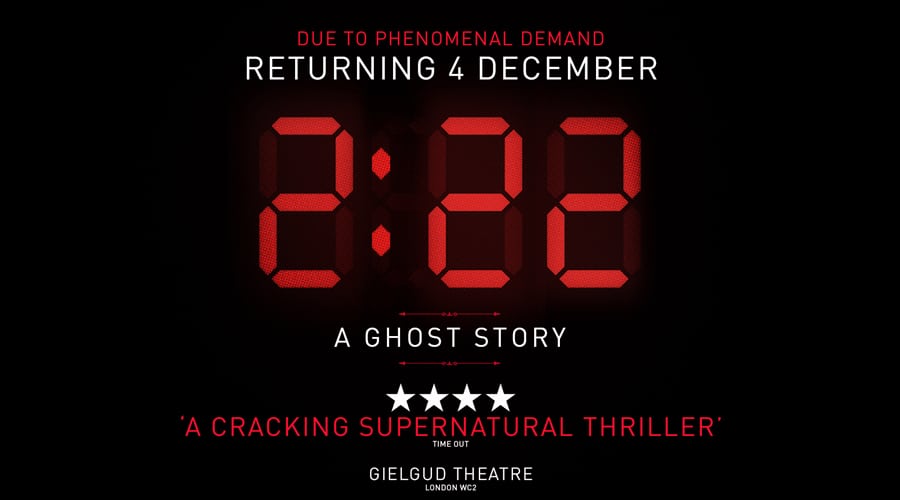 Stephanie Beatriz is to play Lauren, James Buckley will play Ben, Elliot Cowan will play Sam and Giovanna Fletcher is to play Jenny when 2:22 – A Ghost Story transfer to the Gielgud Theatre.

After breaking all box office records for a new play at the Noel Coward Theatre; described as the theatre event of the year and the hottest ticket in the West End; and after weeks of sell-out performances, the show will play at the Gielgud Theatre for ten weeks only until 12 February 2022.