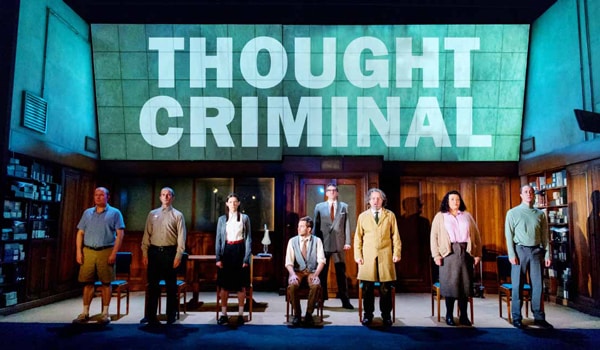 1984 returns to the Playhouse Theatre following its hugely successful international tour for a limited 12 week season from 14th June 2016.

The definitive book of the 20th century is re-examined in a radical, award-winning adaptation exploring surveillance, identity and why Orwell’s vision of the future is as relevant now as ever.