Mark Ludmon previews this year’s Vault festival in and around The Vaults in Waterloo, London

Our pick of theatre and performance at Vault 2018

Every year, Vault arts festival just gets bigger and bigger. For 2018, more than 300 shows will take place around London’s Waterloo from January 24 to March 18, focused on The Vaults beneath the station but now bringing in new spaces including Waterloo East Theatre. It features comedy, film, live performance and theatre – a lot of theatre in fact, presenting exciting new talent and new writing. We pick out some of the shows that caught our attention.

The People’s Rock: A Musical

Set in 2050, this surreal, genre-bending musical has been created by Nevertheless She, a new collective of female creatives working across theatre and film. It features Dwayne “The Rock” Johnson, or at least his puppet incarnation, in a tale of a teenager who sets out to discover how The Rock, her idol, has been erased from existence by a dystopian regime ruled by dictator Emperor Trumpus. Network Theatre, 24 to 28 January. 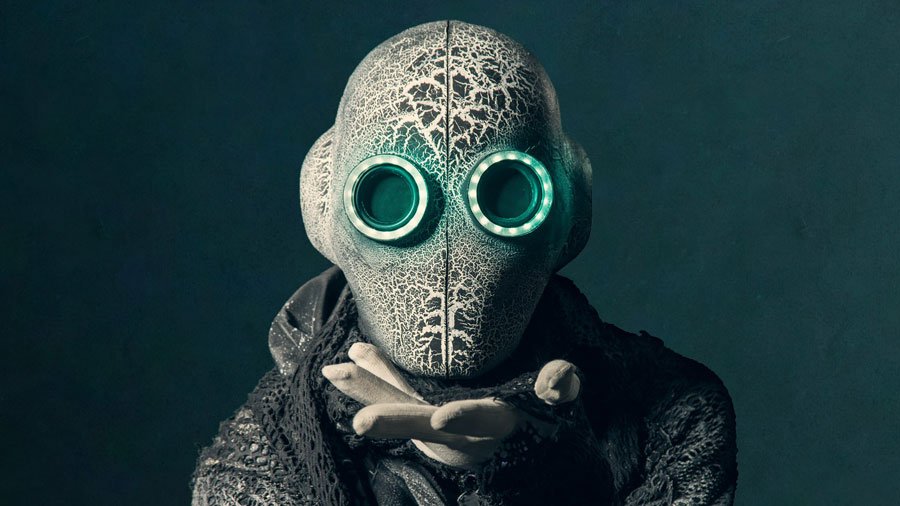 Based on the classical myth of Persephone, this is a bold re-imagining that fuses live music, physical theatre, aerial acrobatics, fire, dance and mime. Chivaree Circus returns to Vault with a new and extended version of this immersive journey through the dark tunnels beneath Waterloo station. The Vaults, 24 January to 18 March.

Joe Eyre’s new dark comedy is about love, friendship, grief, black holes and how we move forward when the world stops making sense. Presented by Joyous, it features Alice whose life has been turned upside down after a terrible loss. When a man dressed as a tiger arrives at the flat she shares with Oli, he helps her smile through her sorrow but who is underneath the costume? Network Theatre, 14 to 18 February. 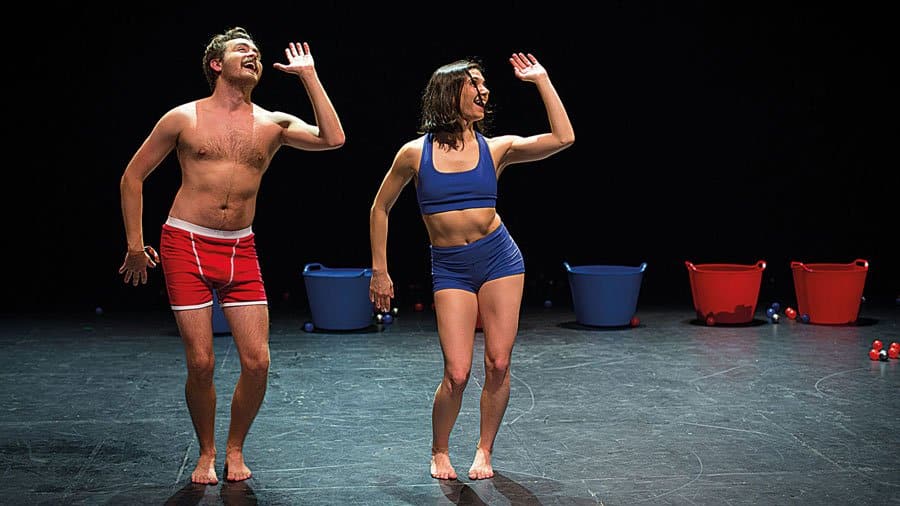 A chaotic, uplifting and lyrical theatre performance for grown-up babies of all ages using music, movement, psychology and personality tests to investigate just what makes us who we are. Presented by The Mostly Everything People, it explores how we advance from innocent toddler to grumpy teenager and kind, hardened adult and those times in life when we regress down the scale stamping our feet as we go. The Vaults, 21 to 25 February.

For a Black Girl

Equal part autobiographical, equal part verbatim, this new play examines female sexuality, violence and the staggering effect of everyday racism. It aims to uncover the ugly truths behind court rooms, classrooms and bedrooms in this candid exploration of the black British experience. The Vaults, 24 to 28 January. 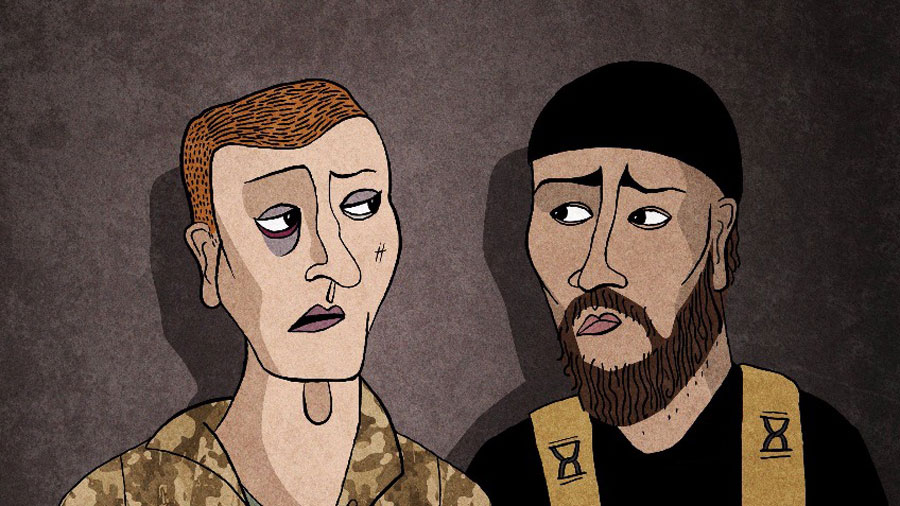 After an acclaimed run at 2015’s Edinburgh Fringe, this bold and through-provoking show explores the new reality of youth in modern Britain and examines social alienation, radicalisation, disenfranchisement and the rock band Queen. It follows two British lads, brought together as captive and guard, in a basement in Northern Iraq, using humour and compassion to approach a discussion around the experiences of disenfranchised young people. The Vaults, 28 February to 4 March. 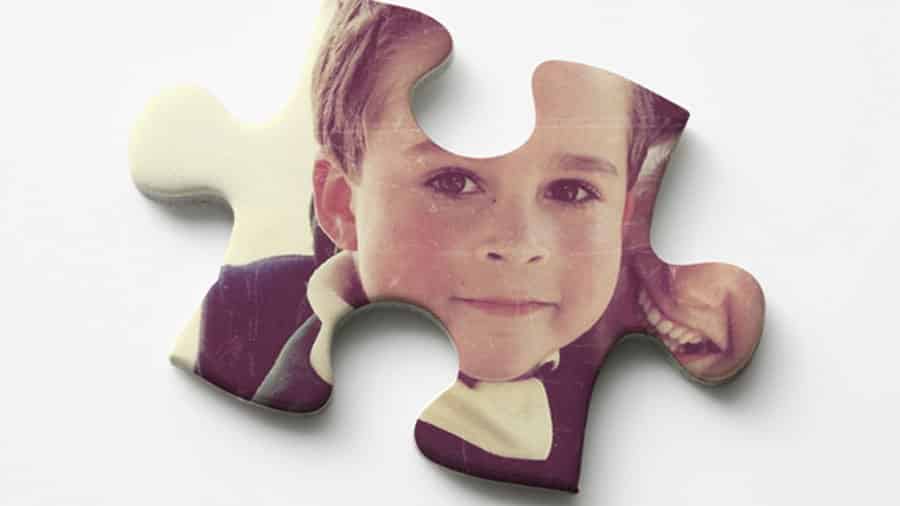 Longsight Theatre presents this powerful play about adoption, written by BBC Radio 4 writer Mark Wilson and starring Kathryn O’Reilly and Stephen Myott-Meadows. It tells the story of Kathleen who sits anxiously waiting for the arrival of a man she gave up for adoption 30 years before and who has now traced her, looking at how she has lived with the pain of separation and loss. The Vaults, 14 to 18 February.

Three unconventional mysteries by comedy writer Olly Allsopp explore crime, judgement and punishment – in completely the wrong order. Packed full of desperate authors and dark humour, it is the world premiere of this new black comedy and stars Emily Stride, Jamie Laird and Michael Keane. The Vaults, 7 to 11 February.

This gripping piece of site-specific theatre invites the audience into a stolen car with Sam seconds after she has crashed and found herself trapped. Be one of just six passengers as she attempts to unravel her past and find a way out. The Vaults, 24 January to 18 March.

Crossing between illusion and theatre, Philipp Oberlohr’s new production Das Fest is the surreal sequel to his interactive Das Spiel, which premiered at Ovalhouse and sold out at Vault in 2016, winning the People’s Choice Award. It is described as a mindreading experience, celebrating the past and the future of the attendees, and combines new methods of storytelling, live art, clowning, physical theatre and illusions. The Vaults, 28 February to 4 March.

Tori Scott, named one of Time Out New York’s top 10 cabaret artists, is returning to London and making her Vault debut. Both hysterical and bawdy, the show celebrates poor life choices and Tori’s unconditional love of vodka, with songs by Edith Piaf, David Bowie, Adele, Judy Garland, The Drifters, Miley Cyrus and more. The Vaults, 14 to 18 March.

After sell-out shows at Edinburgh Fringe and the London Horror Festival, Sasha Roberts and Tom Worsley’s true crime thriller Father of Lies returns to London. Using photographs, letters and police reports, it tells the chilling true story of a mysterious and unsolved murder in West Germany in 1973. Part documentary and part performance, it is described as Making a Murderer meets Rosemary’s Baby. The Vaults, 28 February to 4 March. 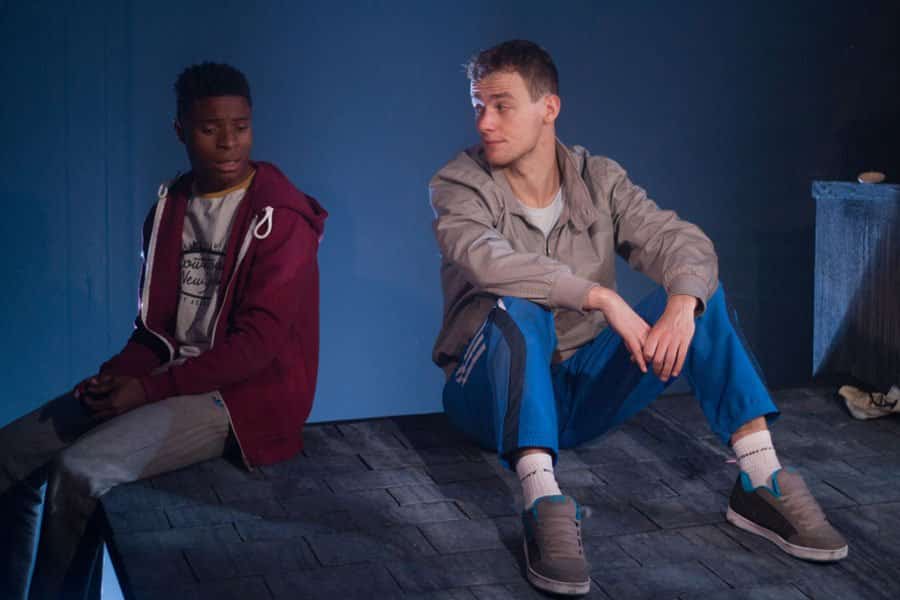 John O’Donovan’s Offie-nominated plays returns after its success at the Old Red Lion, telling a working-class love story that explores the ways people find love and kindness, even when oppression kicks them from all angles. Alan Mahon returns to the role of Mikey, joined by Josh Williams as Casey. The Vaults, 14 to 25 February.

Created and performed by actor, clown and “jolly anxious” theatre-maker Lauren Silver, this interactive clown show looks at how we can confront anxiety, overcome fear, and find freedom through laughter. It aims to be an authentic and accessible performance that informs and invites us all to an honest and open conversation about managing our mental health in the everyday. Waterloo East Theatre, 14 and 15 February. 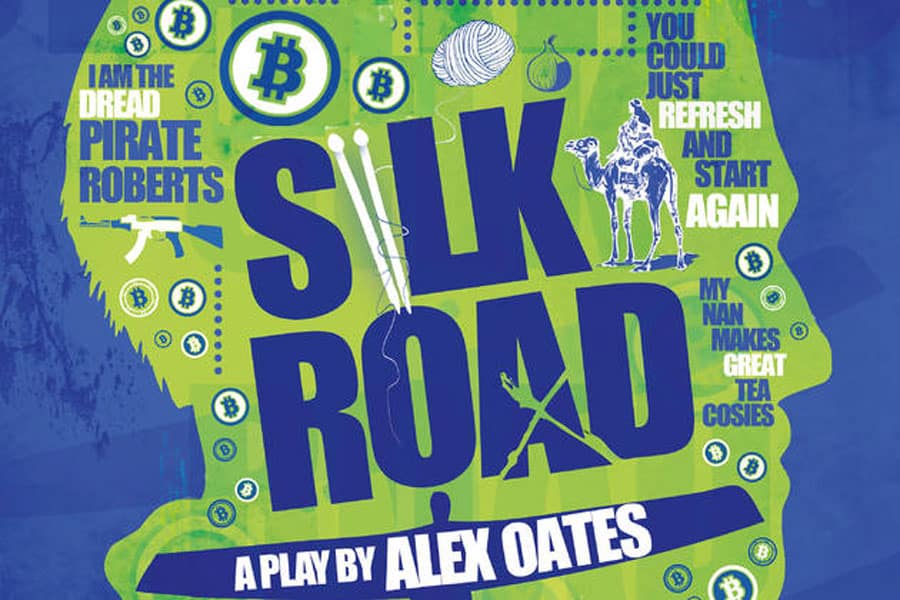 Alex Oates’s play follows a struggling young Geordie tech-head who is sucked into an underworld dark web of new-age pirates, local gangsters and tea-cosies via the Silk Road website for buying narcotics. The original production at Edinburgh Fringe received funding of two Bitcoin via an anonymous donor – now worth about £21,405 – meaning the entire production is funded by the cryptocurrency. The Vaults, 24 to 28 January. 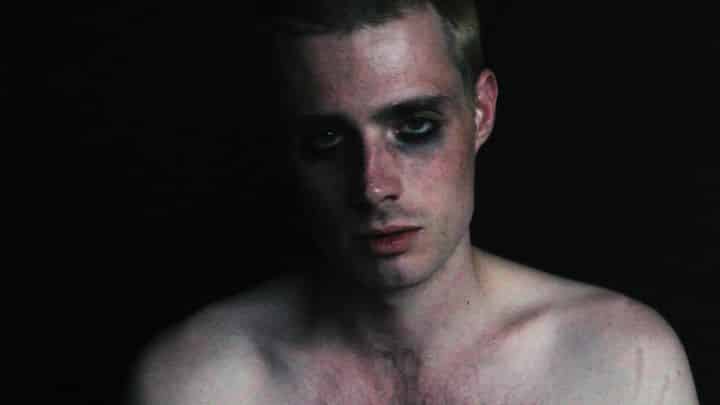 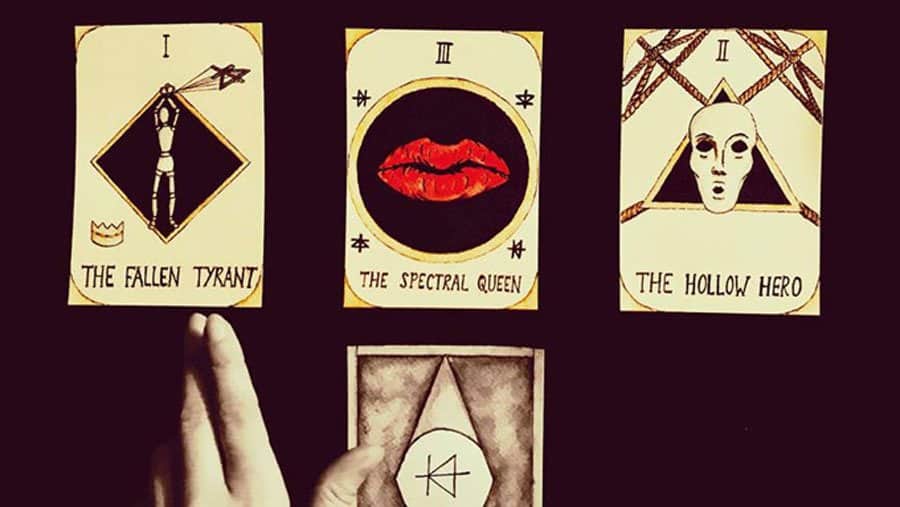 Presented by Golem!, David Fairs’s new play is orchestrated from 16 Shakespeare texts while taking inspiration from the storytelling of Kate Bush. This “Lynchian” tale follows the abandoned Hollow Hero, who props up a worthless kingdom, a Tyrant reputed to be a treacherous usurper and someone called Wild Kate. It sounds anarchic, dark and entertaining, starring David Fairs, Zena Carswell and Conor O’Kane. The Vaults, 24 to 28 January. 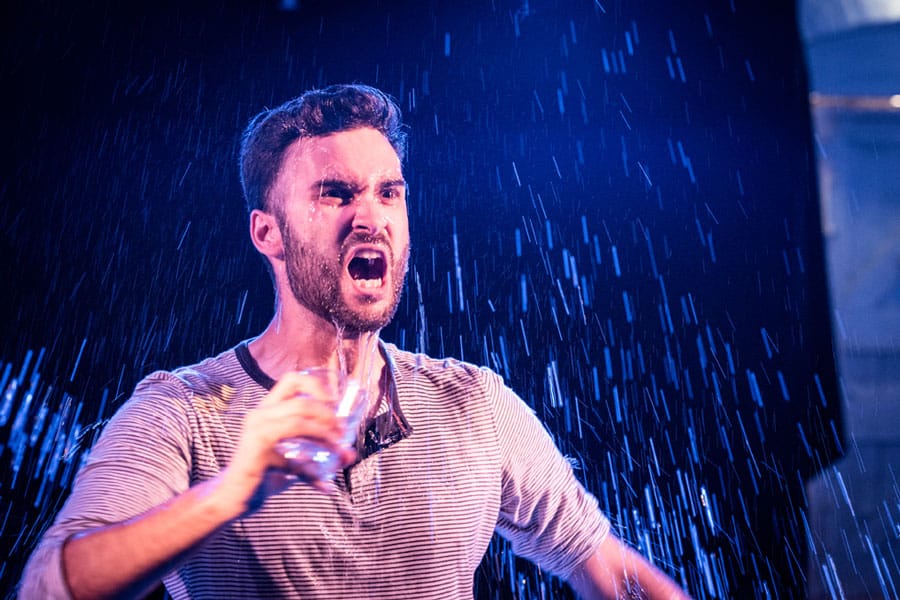 Worklight Theatre presents a new one-man show by Joe Sellman-Leava, the creator of fringe hit Labels. This dark, humorous exploration of gender and masculinity examines male attitudes towards women and male role models celebrated in society, with a unique combination of new writing and Shakespeare, featuring fragmented voices of Othello, Patrick Stewart and Mike Tyson. The Vaults, 24 to 28 January. 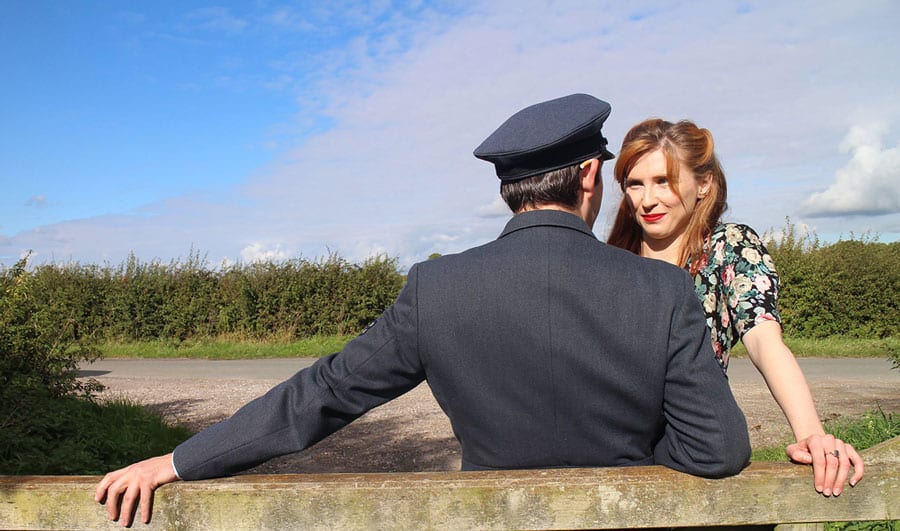 This tale of love, lust and swing dancing follows Bette and Vera who have been hired by the War Office to travel the country hosting tea dances to boost morale. But how will the RAF boys react when they discover the women’s real purpose: to send them off to fight having experienced all of life’s pleasures? Based on a real-life wartime scandal, audiences get to join in with the song and dance. The Vaults, 7 to 11 February. 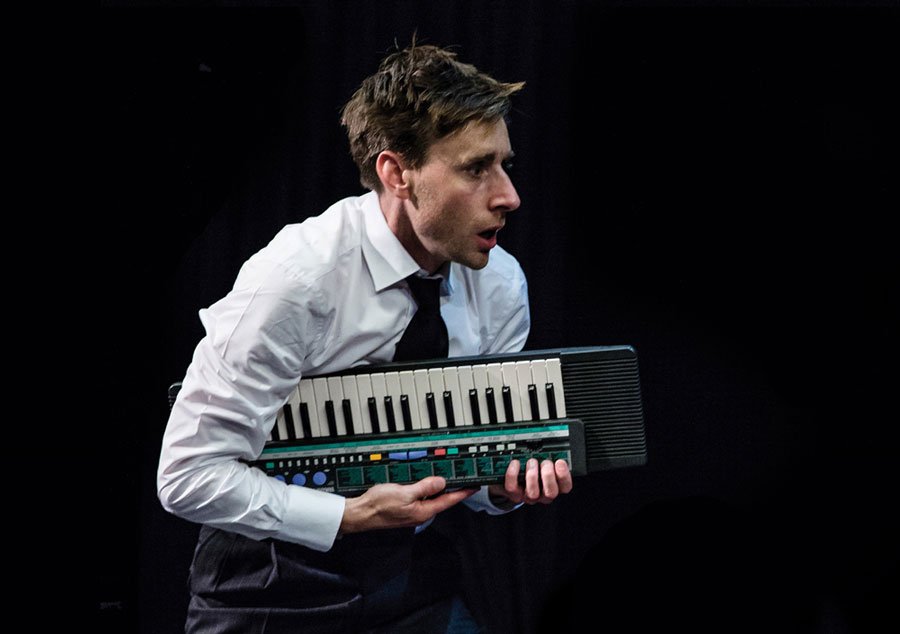 Following its premiere at Edinburgh Fringe in 2016, Ian Bonar and Rob Watt are bringing back their darkly comic one-man show. This heart-breaking but hilarious play charts one man struggling to remember while another finds himself unable to forget. Inspired by Ian Bonar’s own experiences of his father’s death and subsequently finding his grandad’s cherished memoires, he uses his grandad’s words, some verbatim and some embellished to explore memory, grief and how we remember things. The Vaults, 7 to 11 February.

RedBellyBlack Theatre is staging the world premiere of this fierce and fresh take on saying goodbye. Using their signature combination of physical theatre and dynamic storytelling, they explore how a simple “OK, bye” can mean thousands of different things. Using live music, lip syncing and puppetry, this production showcases raw, real-life stories from the public. The Vaults, 7 to 11 March.

Returning for its third year, The Caravan Theatre at Vault Festival brings various evocative, humorous and intriguing newly written 20-minute plays to a small intimate audience of up to only nine people at a time. The Vaults, 15 February to 10 March.