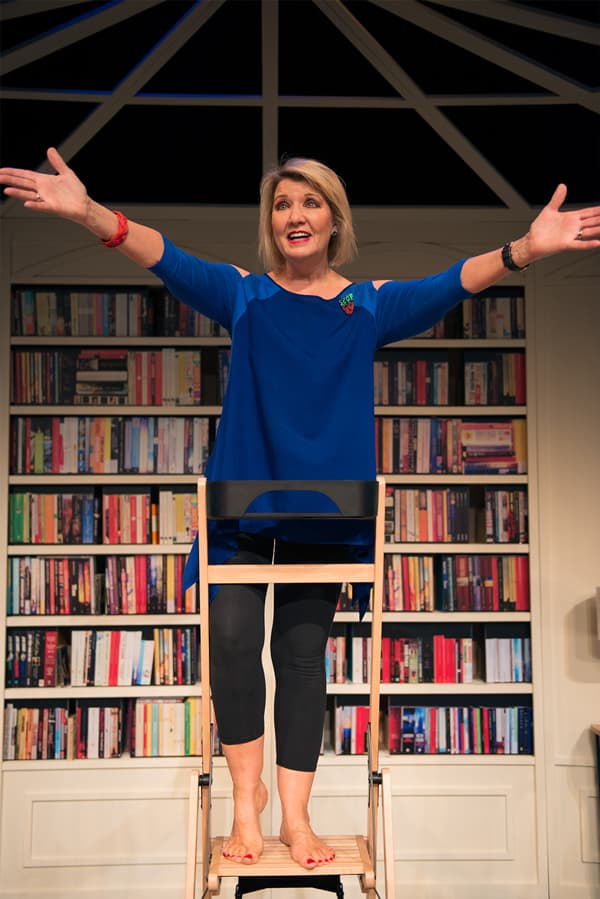 Never was a truer word spoken until Ernest Hemingway uttered: “there is no friend as loyal as a book.’ Like many, Debra in Roger Hall’s ‘The Book Club’ sees her bookshelf as a portal and eagerly engulfs herself in the pages of a story, in the hope to find a better understanding of life through fiction.

When Debra, a middle-aged house-wife, hosts book club at the home she shares with her husband, Walter, she invites local author Michael Gordon to attend. In true book club fashion, where there is every intention of discussing the novel, chat of everyday gossips and hostess worries often take over, amongst sweet treat nibbles and tipple sips. After being told by her daughter that she merely ‘sips’ at life, and feeling lonely as Walter experiences the ‘manopause’, Debra begins an affair with Michael, despite being distracted during their intimacies by his filthy floor and holey socks. Engulfed by waves of guilt and confused happiness, Debra is torn between a secure but stagnant marriage, and a lustful but selfish writer. 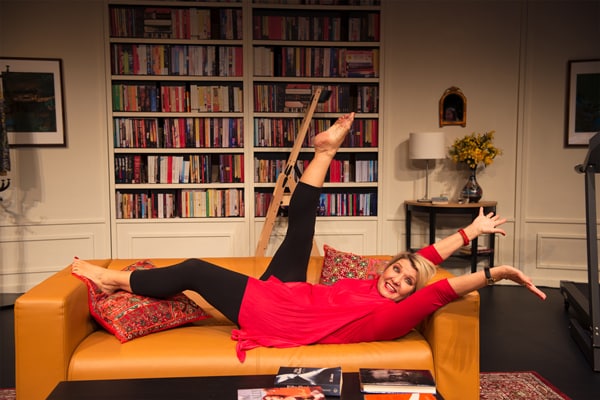 On paper, Hall’s one-woman play offers quick-witted comedic entertainment but, despite the belly-laughing and ‘ooh-ing’ from fellow spectators, I just could not push my intermittent smiles down to my gut. For me, the story is extremely predictable and the jokes are often obvious, thus not packing much of a punch-line. Despite this, Roger Hall is descriptive and detailed in text and has created an easily adaptable script to keep it evolving with the popular stories of the time. Director Nadia Tass and Amanda Muggleton (Debra) have created an immersive theatre experience breaking the fourth wall, which, as a matter of taste, can be intrusive for those who like to remain anonymous in auditorium darkness, but can offer a personal connection to others. As a one-woman show, this is, for me, a nice touch as it is as if we have been invited to Debra’s book club and are sat in her living room as she tells her 90-minute tale, speaking with and often embracing the audience members as if they have been friends for years.

If I had been wearing a hat, I would have taken it off to Amanda Muggleton. Although I didn’t find the character to be particularly likeable, Muggleton’s extensive monologue is animated and, imaginative. The people, places and events are truly brought to fruition as she uses accents and body language to portray an array of characters who cameo in her tale, including Meredith – the stuffy-nosed teacher who snorts her sentences, and Milly: the welsh woman, to whom she divulges everything. 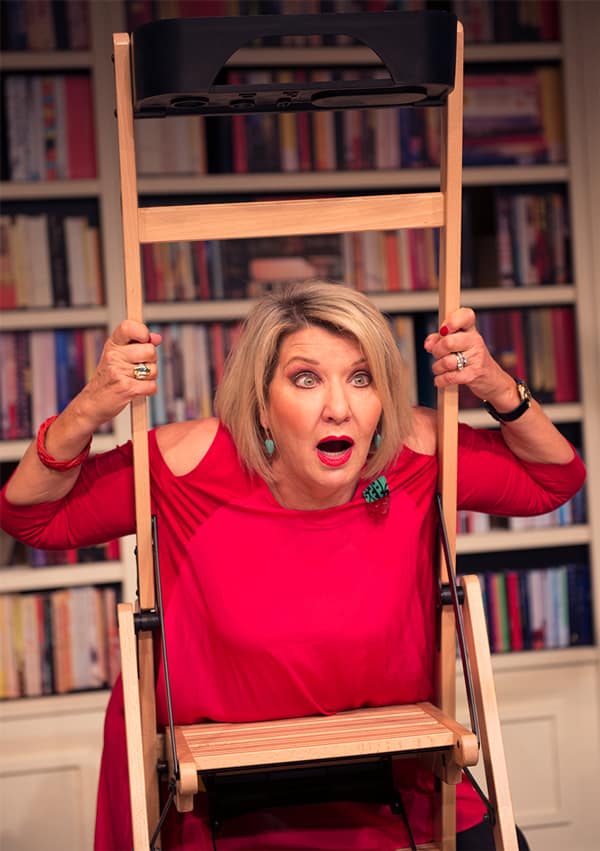 ‘The Book Club’ feels a little dated in its humour and is etched from a cliche, but it captures the essence of why books are not a mere accessory, but an integral part of life. How true it is that we can sometimes relate and connect more to the people in the books we read, than we can to the characters in our life. It might not have tickled me quite as I expected it to, but why not arrange an outing with your book club to the ‘King’s Head Theatre,’ – a venue which is completely unfunded, reliant on box office sales and donations, yet offers artists important opportunities in such a competitive industry.

And – you know – you might just be tickled with a larger feather than I was.

‘The Book Club’ plays at the Kings Head Theatre until 5th November 2016.

BOOK TICKETS TO THE BOOK CLUB AT KING’S HEAD THEATRE