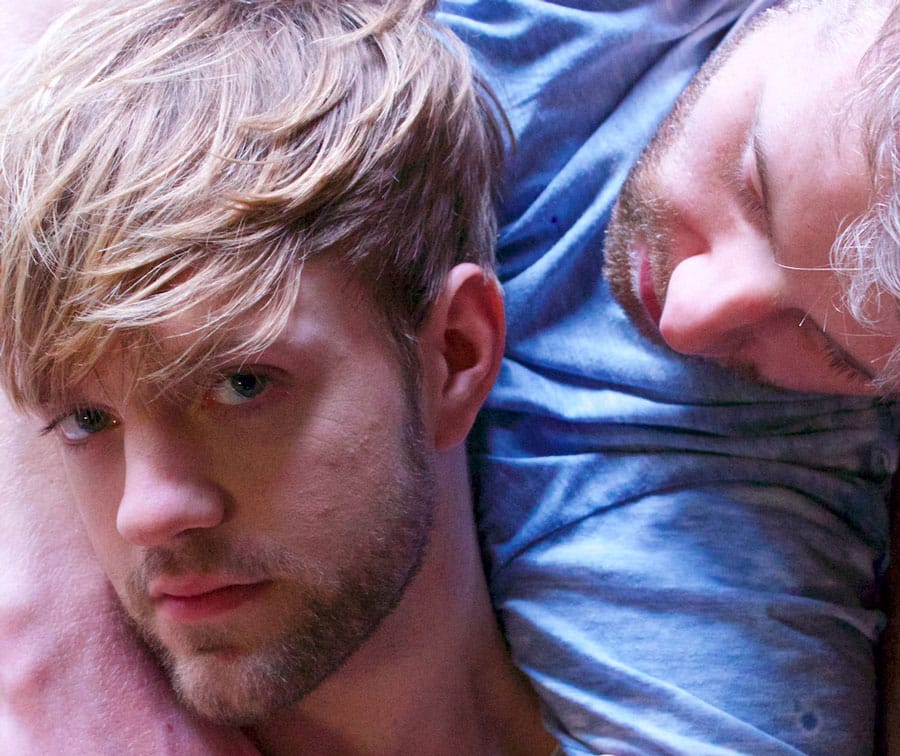 Sometimes all you need in the theatre is to be told a good story. No frills, no special effects, no distractions, just a good story told well by a committed cast. A warm embrace then to the HIV Monologues, a play that tackles a still tricky topic, and weaves magic over the audience in the most unlikely of settings.

Patrick Cash’s excellent, well-crafted play is not as heavy or worthy as the title might suggest. Beginning with actor Alex on a Tinder date with Nick, the opening is hilarious as all the flaws that Alex carries around with him are laid bare. When Nick reveals he is HIV positive, Alex tries to flee via the bathroom window, even though they both feel this could be “the one”.  The next day Alex auditions for Barney, who is staging a play about his lost love Eric, and Alex uses Nick’s status as his own tragedy to get the part. Through this encounter, the monologues connect the four characters, with one heartbeat thirty years ago when Eric dies of AIDS, and the other beating now, revealing the complexities of living with HIV and the still present phobia about it.

This is a terrific ensemble, and it feels mean to single any one of them out.  As Alex, Denholm Spurr is a gorgeous, clumsy, egotistical yet charming character, subtly revealing the lack of effective sex education and awareness of the virus, and the challenges of starting a relationship. Nurse Irene, thirty years ago, is a feisty Irish woman, horrified by the stigma surrounding the disease, standing up to the medical and media institutions, and nursing Eric and caring for Barney, strongly played by Charly Flyte. As Nick, Kane Surrey is superb at delivering fear and pride in equal measure, a man lost who finds the partner who could, just could, lead him out of his sadness. The play is given a ring of powerful authenticity by the casting of Jonathan Blake, the inspiration behind Dominic West’s character in the film Pride, as Barney. He holds the audience in the palm of his hand as he covers thirty plus years of survival in a warm and moving story.

Although they are monologues, the characters segue beautifully, and Cash makes no judgements on them, allowing the humanity to shine through. His connections of Dr. Eros, pink orchids and Mojitos paint a beautiful, subtle canvas as a background; he is certainly a playwright to watch out for. With the epic Angels in America at the National on the horizon, this feels like a perfect curtain raiser, where HIV characters are centre stage, a hilarious and poignant play that deserves to be performed at festivals everywhere.

BOOK TICKETS TO THE HIV MONOLOGUES