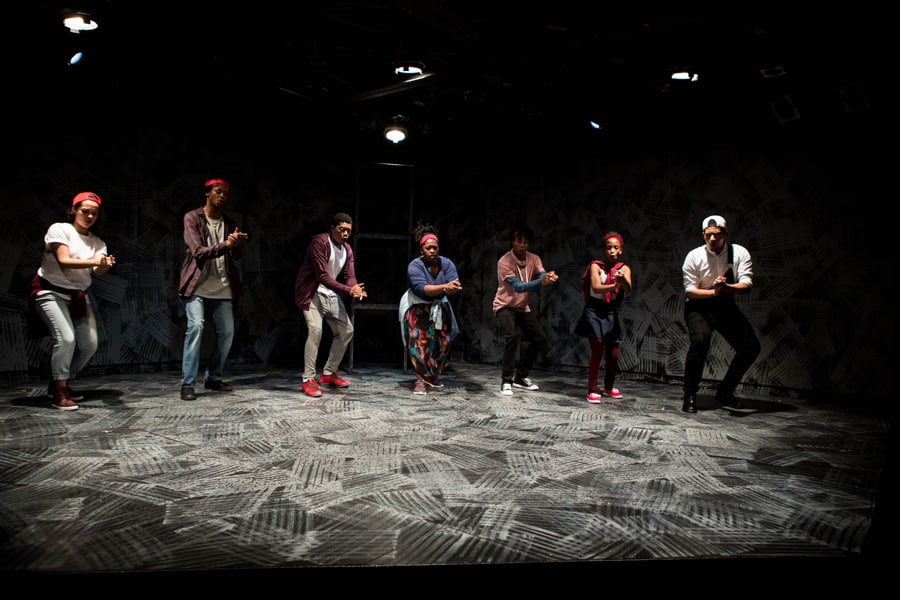 Fresh from its Fringe First Edinburgh win and cast award from The Stage for a limited run, you will need to book quickly to catch this exuberant and thought provoking production by Baxter Theatre Centre from the University of Cape Town. The Fall was written collaboratively by the original cast as a reaction to South African student riots in 2015 and 2016. First the student led movement sought to remove the statue of Cecil Rhodes, symbol of colonialism and Western oppression that dominated the campus of the University of Cape Town. After #RhodesMustFall, further student led movements emerged, fighting for gender, sexual and race equality, demonstrating that struggles rarely, if ever, end. 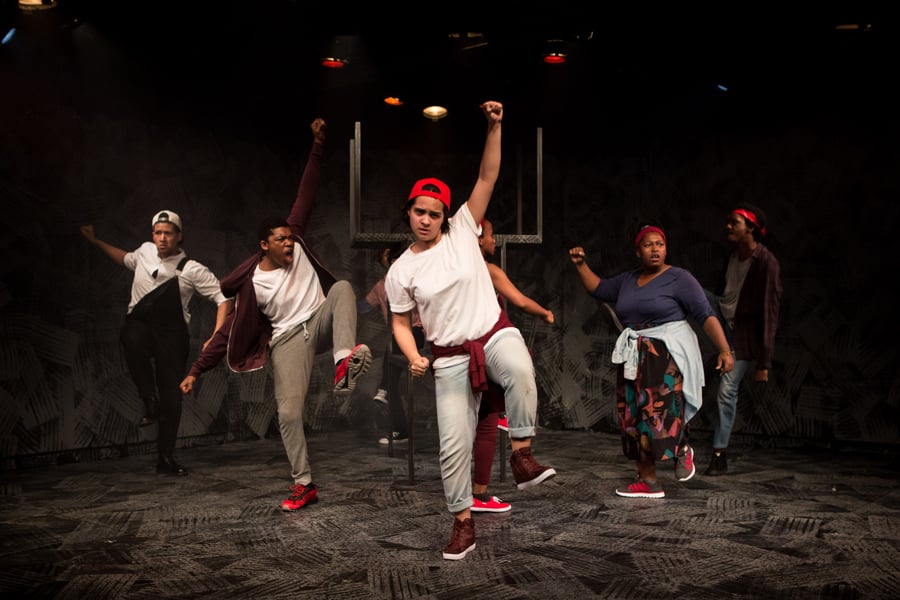 Every molecule of the space of the Jerwood Theatre Upstairs is packed with the energy, enthusiasm, passion and commitment of the seven strong ensemble. The singing alone is powerful and uplifting, it feels that there are more than seven people on stage, and the movement is exciting and captures perfectly that feeling of protest. The cast are terrific, and it seems churlish to single out individuals. But in passionate debates surrounding sexuality, Cleo Raatus and Ameera Conrad are particularly strong in their fierce arguments for sexual identity and equality. And here the piece really scores, connecting with concerns from young people throughout the world, especially the rise of tuition fees and the struggle of working class and poor young people to advance,  ever present, the battle against deeply entrenched patriarchy. 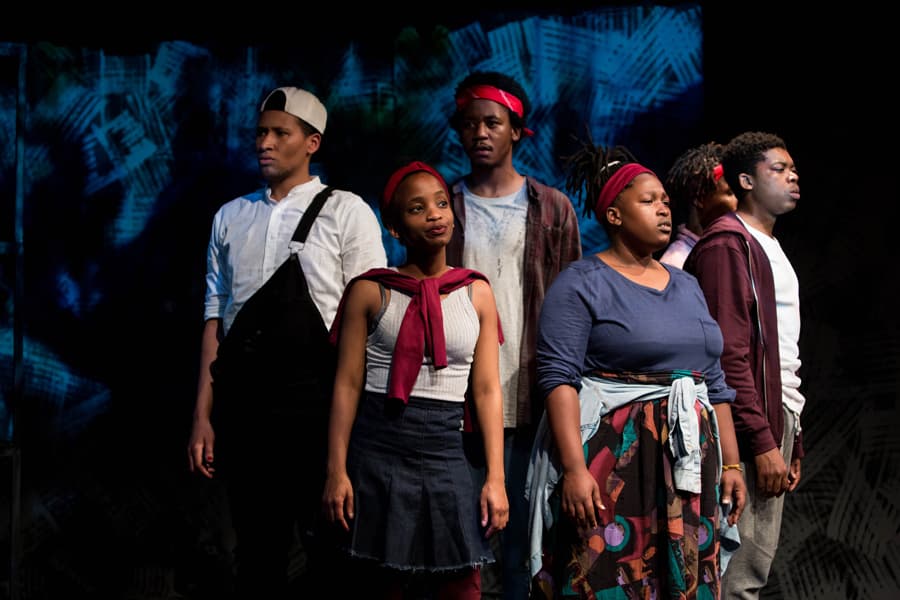 As the play was created by participants in the original struggle, there are occasions when the piece feels a little too didactic, and the projections of footage of the actual protests, (and police reactions), are lost when beamed against a set that looks like a striped floor, it’s difficult to make out fully what is taking place. But there is no doubt that the play really connected with its audience, and deserved the standing ovation it received.