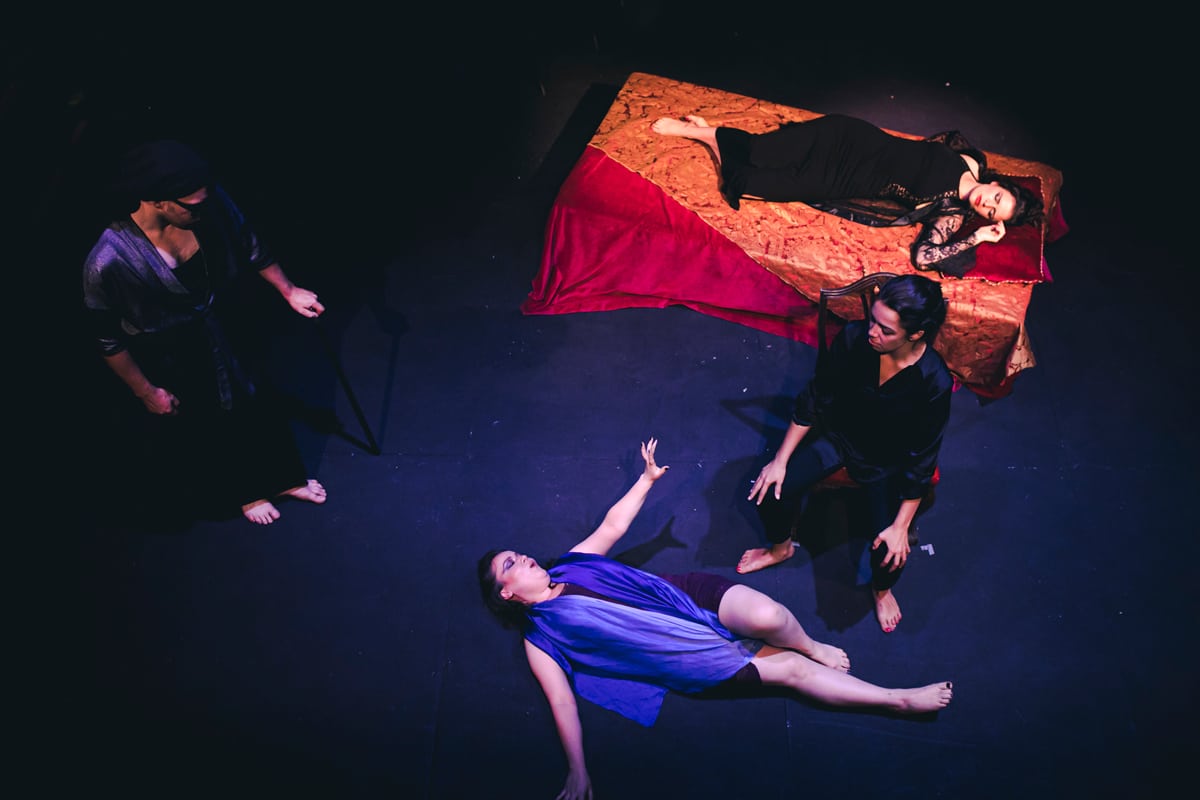 The first opera to open this year’s Grimeborn Festival is also one of the first written, or at least to survive in recoverable form. Monteverdi’s earliest surviving opera, ‘Orfeo’ dates from 1607 when he was working at the court of Mantua, whereas this work is the culmination of his commitment to Venice, a city whose myth of origins is crucial to understanding the context of this work.

Often seen as a work that reverses the usual moral polarities by elevating vice and demonstrating the defeat of virtue, this opera is in fact part of a larger plan, the final part of three operas exploring political fortunes in the Greco-Roman world to which Venice is the natural successor. The elevated level of debate in the tightly drawn, sophisticated libretto reveals insights into politics and the clash with personal morality that is rarely found in the history of opera until Verdi’s Don Carlos. 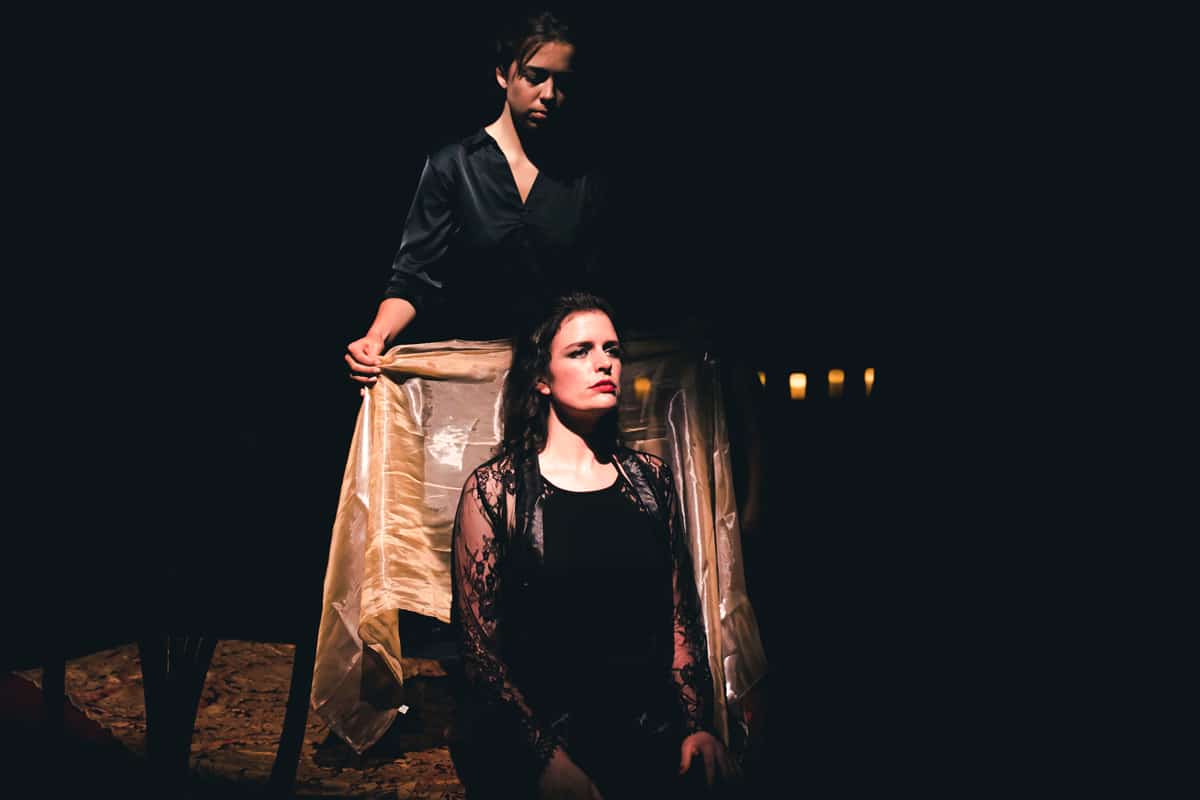 The opera opens with a prologue in which a duel is set up between the goddesses of Virtue, Fortune and Love from which Love will clearly emerge the victor. The main plot, very loosely based on historical events, involves the emperor Nero’s attempt to elevate his mistress Poppea to replace his wife Ottavia. This is opposed by his old tutor, Seneca, and by Ottavia herself, who persuades Poppea’s former lover, Othone, to attempt her assassination. All these efforts fail and by the end the two lovers unite in a meltingly beautiful duet, ‘Pur ti miro’ to celebrate their union.

For one of the great strengths of this subtle and thoughtful production is that it takes nothing at face value and explores many layers of ambiguity in the work. Not only is there a plot twist at the end but this is anticipated my many suggestions at earlier points that all allegiances and identities, whether political or personal or sexual, are provisional and open to change. Rightly the total absence of any certainties is the most disturbing lesson of all, above and beyond any defiance of moral conventions.

Huge credit belongs to Marcio da Silva who provides the unifying vision for the evening in his multiple roles as stage, lighting and musical director (quite apart from playing a variety of instruments in the orchestra as well). The setting he has devised is as elegantly simple as the set for a play by Racine – a bed with a throw, a chair and a couple of flanking screens which are progressively daubed with strokes of red paint as the body count rises. 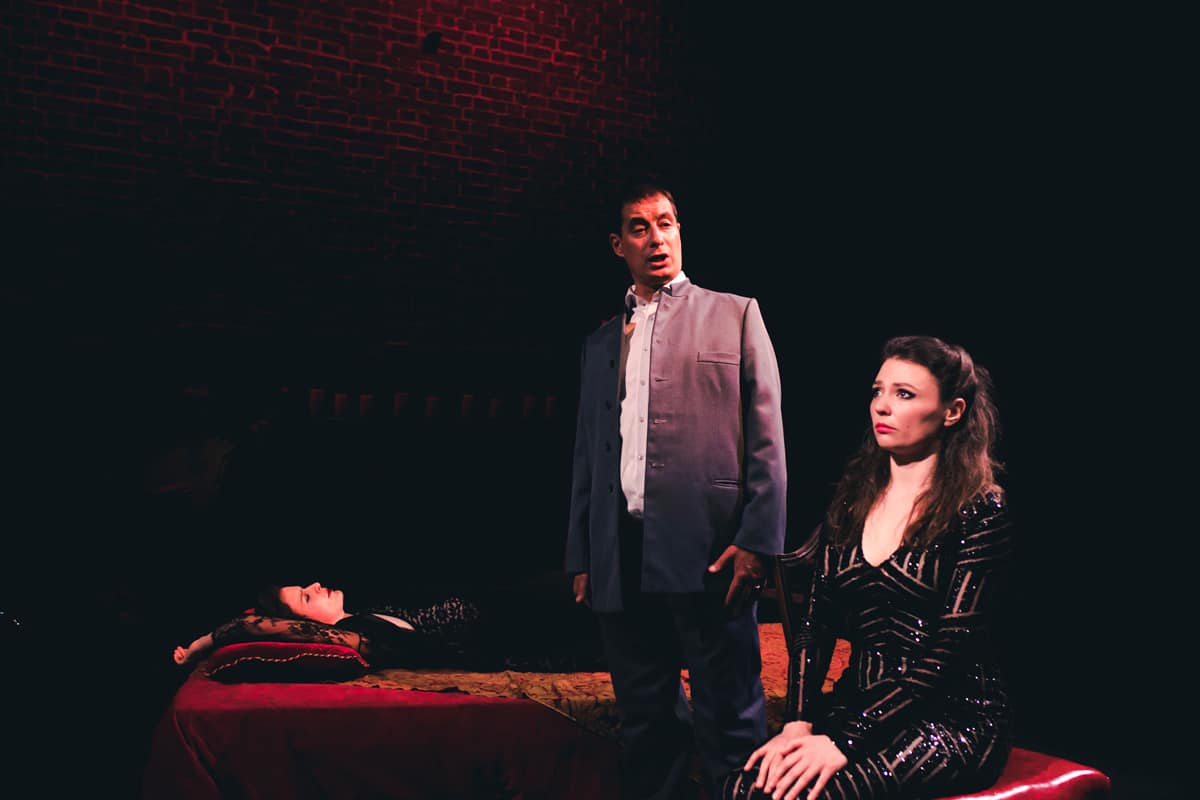 The music covers a cornucopia of styles and moods: Ensemble OrQuesta are more than equal to the challenge. The eight-strong band overcame some brief tuning issues to provide a sharply articulated account of the score, full of lively, distinctive instrumental textures and ready to take the initiative from the singers in the often-elaborate interludes and postludes. The singing was uniformly characterful and paired with admirably credible acting which made full use of the various levels in the main Arcola performance space.

In the lead roles Helen May as Poppea and Julia Portela Piñón as Nero combined artfully seductive ruthlessness and vocal bravura. They were well complimented by the grave, measured reflective tones of Gheorghe Palcu as Seneca and Hazel Neighbour as the neglected Octavia. Eric Schlossberg conveyed the dilemma faced by Othone with a neurotic intensity.

Poppy Shotts filled out the supporting role of Drusilla with rich tone and acting of touching, if unrequited, devotion. Rachel Allen delivered a series of scintillating cameos, and Anna-Luise Wagner hovered voluptuously over proceedings as the goddess of Love. A special mention should go to Kieran Wagner who played a variety of contrasted tenor roles with panache, especially as Lucano. His extraordinary aria with Nero epitomised what was best about the evening – extrapolating daringly into graphic modern performance what is already latent in the music.

It might seem odd to end with a mention of the programme notes, but in an era when you are lucky to get even a QR code by way of interpretation the exceptional brochure provides all that one might need after the event both to contextualise the opera and explain the principles and assumptions behind the performance.

This exemplary production deserves to go on tour to demonstrate what can be done with this repertory to illustrate both its historic greatness and its searing salience for our own times.