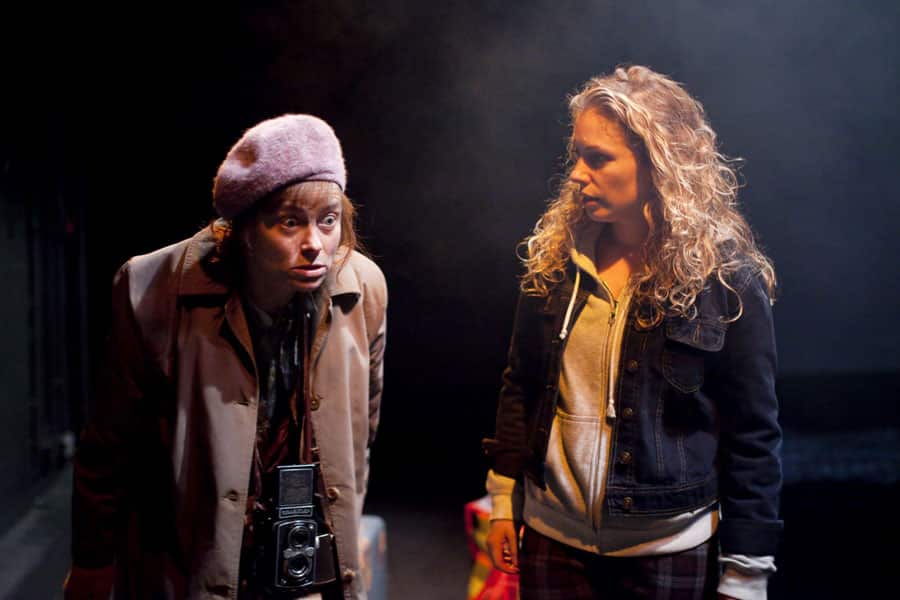 The legend of Vivian Maier has really grown since her death in 2009. Among her processions was a tea chest of her astonishing street photographs, all unseen, never exhibited, all taken over the years on her trusted Rolleiflex twin lens reflex camera. She only exhibited her photographs once, and the New York critics savaged them. She moved to Chicago, became a nanny, and continued taking photographs. Her photographs now command a fortune, and the people who discovered them became rich.

The play imagines a meeting between Maier and a fictional drug addict/hacker known only as H, and the debate revolves around copyright and identity. H steals people’s identify electronically, and, when high, she encounters Maier’s work in an exhibition in Chicago, and Vivienne is brought to life as they discuss her work and data, ownership and property. The play is fully immersive, the audience stand for the hour running time, and you can download the Still app to take photographs of the show. 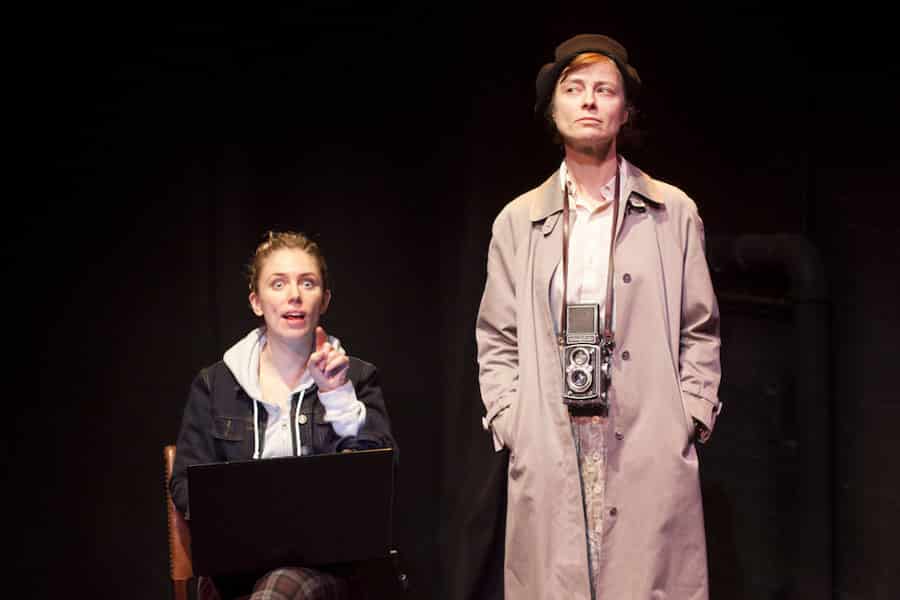 The clash of past and current cultures makes for an uneasy alliance. Although Beth Fitzgerald as Maier is very good, little is actually known of her life, so actual incident is tricky to recreate. But she is far and away the most interesting character, and I wanted to know more-even if not all of it true, I wanted the play to explore her reasons for hiding her art in more depth. As H, Molly Taylor is convincing as a pretty dislikeable character, I felt little empathy for her, despite the play’s themes of loneliness and disconnection being quite relevant. The writer, Paul Hodson, seems unwilling to commit fully to either character, both a little two dimensional and sketchy.

The major problem the production has is the work itself. Each photograph of Maier’s that is projected onto the screens tells a thousand stories, and here is where the play resides. Nothing on stage matches the snapshots of real life that were captured, and the play contains none of the emotional context that the photographs do.

BOOK TICKETS FOR STILL AT THE MERCURY THEATRE