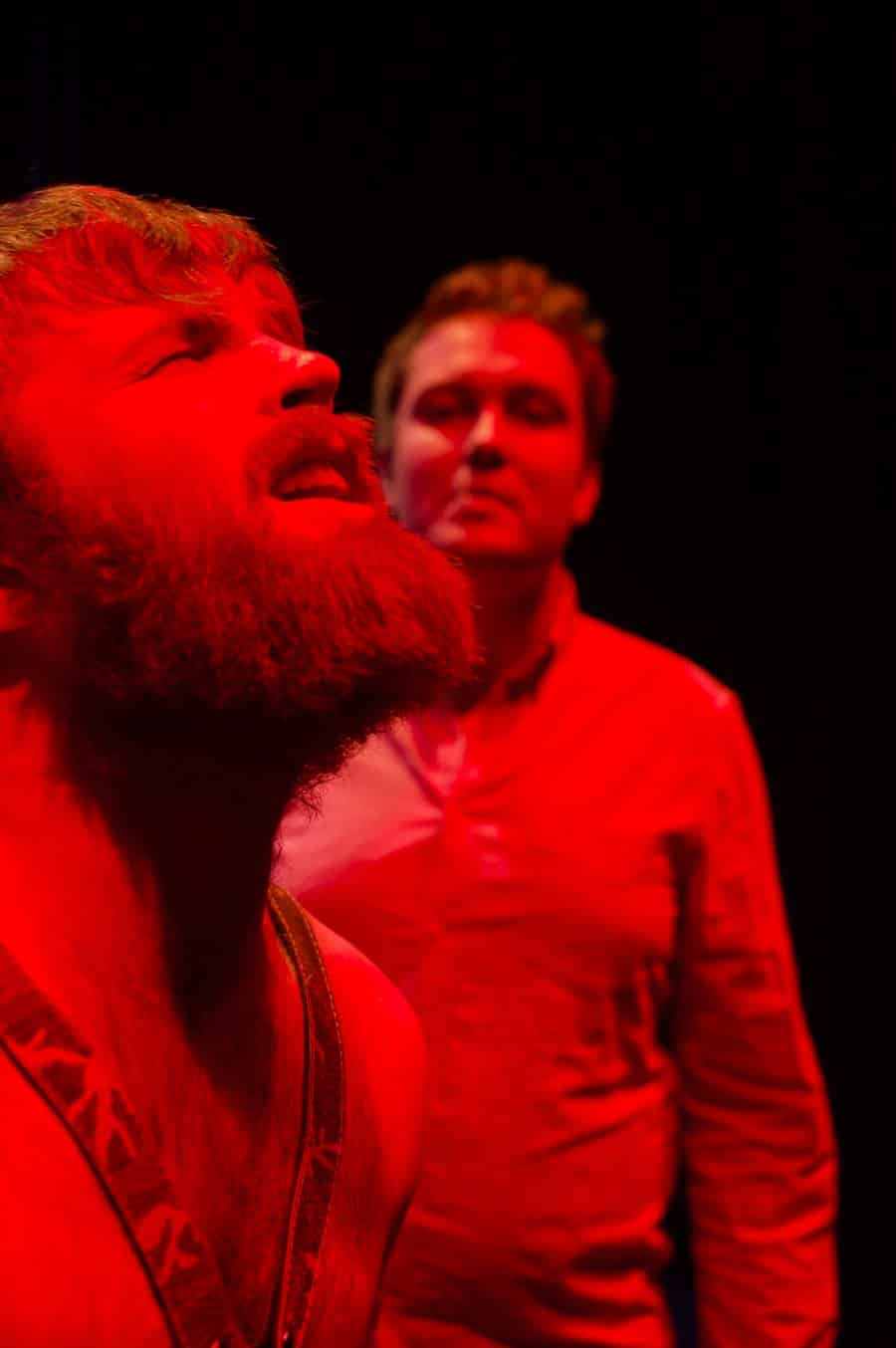 Play Something is now playing at the Drayton Arms Theatre until 22nd September 2018. Book Now

The song that most reminds you of growing up; of school; of getting your first job; and of course the one you love?

Mine is Fields and Kern’s ‘The Way You Look Tonight’ and whenever it comes on, wherever I am, it takes me right back to the time my wife and I danced on a Norfolk beach as it was chucking down with rain.

That’s pretty much the foundation of Paul T Davies’ new work, Play Something, an elegant, and gloriously whimsical, way of telling the story of two gay men, from the moment they meet, to the day they part, through the songs of their past.

The couple in question are M and F, perhaps a rather anonymous way to describe two people we are about to get to know in a very intimate way, but a construct for Davies to examine the different struggles these men experience to eventually find love.

While out and proud F is quick to fall head over heels, M first has his inner demons to conquer, serving up an intense claustrophobic study of life stuck inside the closet.

This first section of the play is much harder to connect with the audience because it’s essentially a relationship that’s just starting out and it’s one with problems. M isn’t exactly relationship material, so at first you can’t help wishing F would just ditch him for someone else. But as their relationship progresses the façade slowly comes down offering us a poignant chance to see M at his most vulnerable. 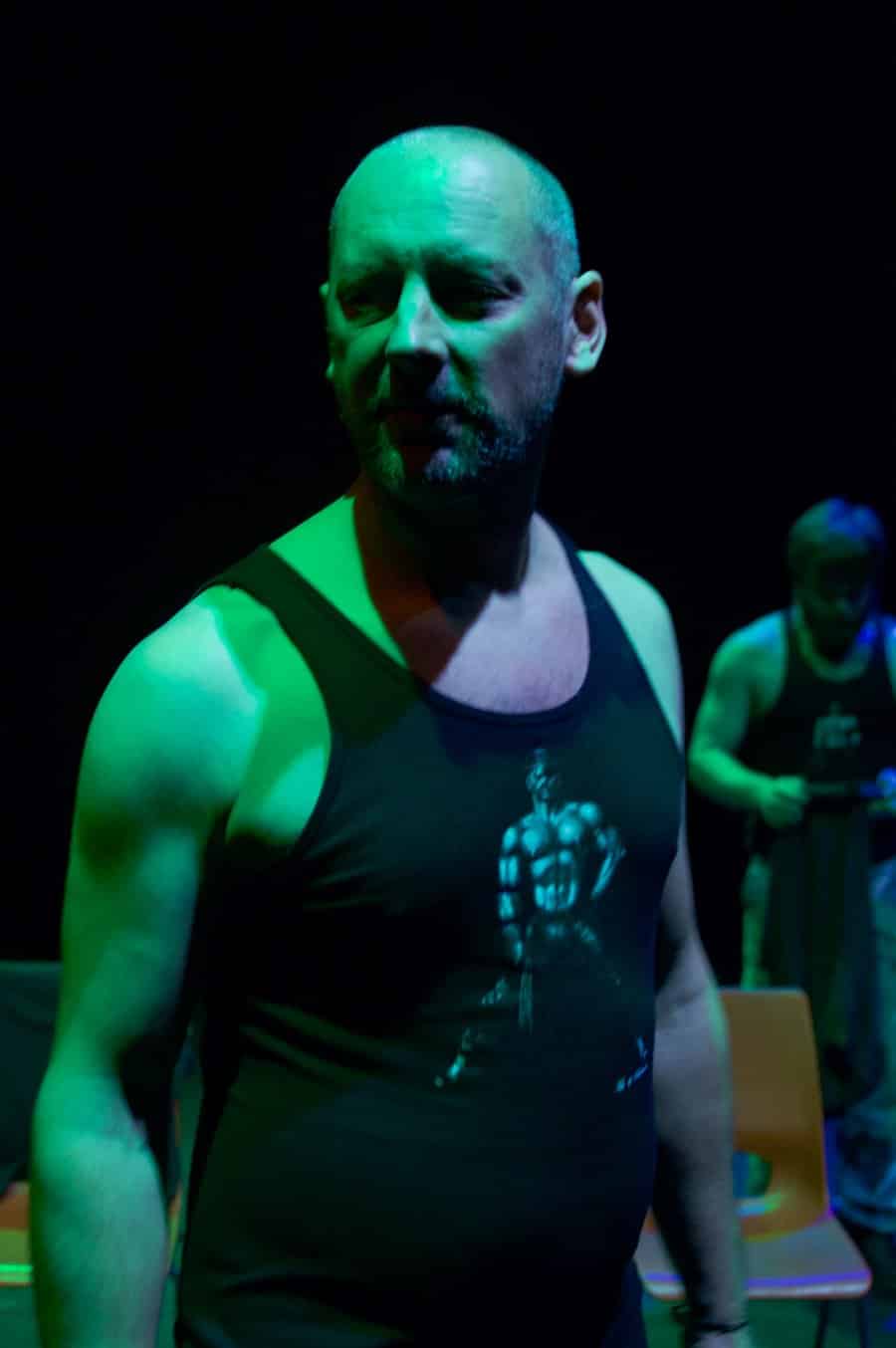 As the younger M and F, actors Jacko Pook and Ben Maytham pull at the heart strings with all their theatrical might, riding the emotional highs and lows with ease and beautifully setting the audience up for the second part of the play.

They meet years later and with the spark still well and truly alight, they re-embark on what could have been. It’s unashamedly sentimental – imagine Richard Curtis doing a gay movie – but wonderful nonetheless thanks to Bradbury and Whitworth’s infectious charms.

This ‘remix’ of an earlier production has been revisited with the aim of taking it up to Edinburgh in the summer and having seen both, you can see just how beneficial the short break has been not only to the show but perhaps most importantly the actors as well.

It’s a slick, funny, emotional rollercoaster of a ride with some pretty cool tunes to match – and you can’t ask for much more than that in life.

Neil D’Arcy-Jones is a journalist, playwright, author and theatre producer. Since 2001 he has been the Arts Editor for the Essex County Standard and Colchester Gazette. His first foray into making theatre, rather than critiquing it, was a children’s sequel to The Tempest, which was performed on an island off the coast of Essex in 2014. Most recently his play In Search of England has had a run at Theatre N16 in London and the Mercury Theatre in Colchester. He also runs the Packing Shed Theatre Company, which puts on new writing by East Anglian playwrights produced by creatives also based in the East.