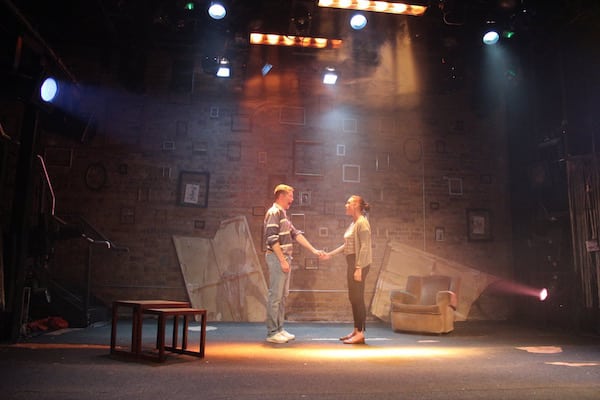 Americans need sentiment.  That is a truism which is often spoken in connection with US drama, and a factor that complicates many transfers of American theatre, TV or film into the UK marketplace, where a more ironical, even harder-nosed approach to life often pertains.  It is certainly a factor in the reception regularly afforded the often fine, elegantly written chamber musical that this week the Union Theatre hosted a 6-day visit from an imaginative young company from Liverpool, MOD Theatricals, with their intelligent and sensitive production of Andrew Lippa and Tom Greenwald’s two-hander.  James Lacy and Sharon Byatt have played the title characters in Sam Donovan’s supple and engaging production – MOD’s debut ‘full scale’ musical – before: it played in May of this year at the now temporarily homeless Lantern Theatre, and much of that team has stayed with the show for this transfer.

Lacy and Byatt are beautifully matched and play with a synchronicity that is a delight in itself.  He is a gifted actor with a fine voice and an excellent CV, including much work at the Union; Byatt is also hugely experienced, not least in the West End, with impeccably clear and subtle phrasing and delivery.  Donovan’s background is mainly in straight theatre, and he has approached the work very much as a drama: however, he clearly relishes the more ‘showbiz’ moments in the script, and the high-point of this production is the spoof TV reality chat show scene, where the leads get to step out of role, and out of the home that claustrophobically surrounds (if not imprisons) them, and take on roles with a wider imaginative compass.

This is suggestive, I think, of the potential within this work that the authors appear not to have developed as fully as they might have: when the characters are able to ‘act’ their stories, when the audience physically ‘sees’ what is happening to them, there is a strong sense of engagement with their lives.  On the other hand, when we are being told by them about events which have happened elsewhere, involving other people, whom we never get to meet, there is rather less of a dramatic impact: and when most of the play is devoted to telling us a story largely at second-hand, as is the case in this work, then there is broadly speaking a lower than usual emotional temperature in the room.   Donovan injects every scene with as much specific active dynamism as he can, but there are many instances when he seems to be trying to make action arise out of fundamentally static situations. 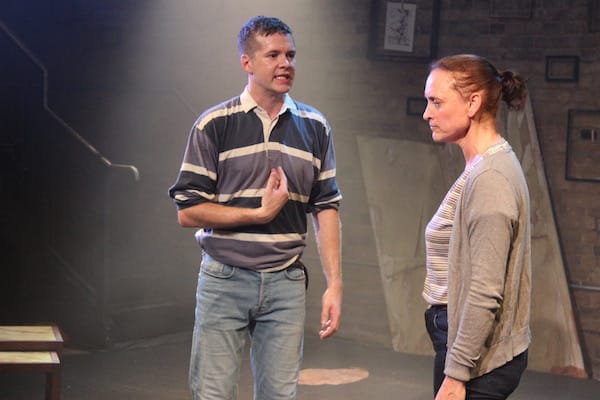 Added to this is the factor of Lippa’s music and Greenwald’s lyrics (they share credits for the book).  Both can be bright, incisive, strongly characterised and emotionally expressive.  Equally, there are extensive passages where they slip into conventional harmonic, rhythmic, melodic patterning and generic, very plainly worded statements of the kind that do the two actors having to carry the entirety of the drama few favours.  It is whole to the credit of James and Sharon that they are able to make us care so much about what happens to John and Jen, even when a lot of the material they have to work with does not make this an easy or a straightforward task.

They are also wonderfully well served by those around them: George Francis is an MD of remarkable abilities, all the more noteworthy, perhaps, that he has learnt his craft virtually entirely on the job, having left school at 16 with just his A Levels.  His trio played beautifully throughout, and ensured full audibility of the two actors, preserving full dynamic range: this was also enabled by the unusual use of voice amplification at the Union, in the hands of Thomas Evans.  Sean Gibbons provided the realistic design and costume, and Oliver Bush the magnificent lighting.

MOD Theatricals have acquitted themselves admirably well on their first visit to London.  I feel sure that we will hear more of them in the future.  So, watch out for them, and when their name comes up: don’t ask, just book!

FIND OUT MORE ABOUT THE UNION THEATRE