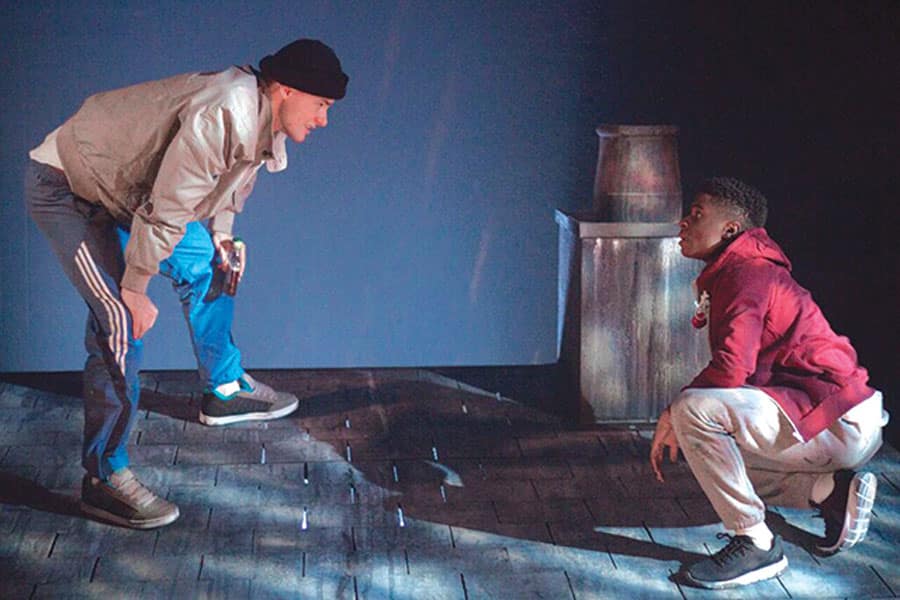 If We Had Some More Cocaine, I Could Tell You How Much I Love You
Vaults Festival,
22nd February 2018
2 Stars
Vault Festival Site

If ever there were an occasion of a production suddenly looking and feeling very different in a transfer to a different venue, then this is it.  Having impressed at the tiny, cosy space above the Old Red Lion at the Angel, Islington, this play was taken up by this year’s Vaults Festival, and – proportionate to its narcotic appeal – given a handsomely large space to occupy, into which it lured much bigger crowds.  And the effect?

Well, to begin with, the initial prospect of Georgia de Grey’s ‘Mary Poppins’-like rooftop set and comic book Hallowe’en costumes, swathed in Derek Anderson and Sheila Murphy’s lighting design, while John McLeod’s sound design wafts through our ears, is engaging enough.  We are amused.  And when Alan Mahon and Josh Williams begin exchanging cod stage pleasantries, one of them doing a thoroughly Oirish turn as the ‘old’ lag trying to keep the younger, less experienced chap, to stick to the straight and narrow, much in the manner of the best of Shaw’s own grotesque dramatic stereotypes, we feel even a sense of cosy familiarity with both the situation and its personages, as they lampoon everything we hold dear, right unto our very way of British life in its most sacred essence. 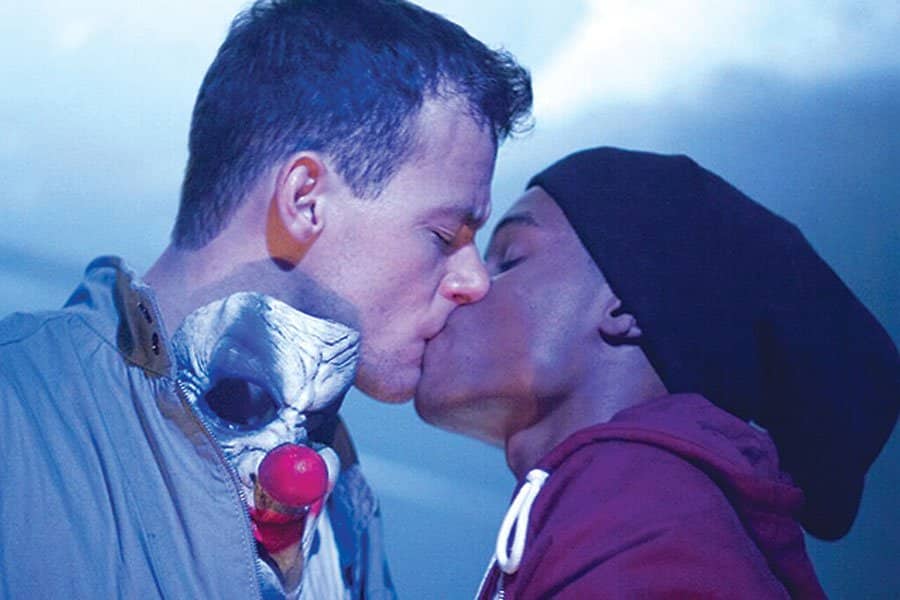 But this comfortable feeling does not endure.  We soon become all too conscious of the fact that what surely worked as a brilliantly focussed aspect of the stage design in Islington, the central feature of the pitched roof that one can so easily visualise as having a tremendously exciting concentration about it in the minute space of the ORL, when placed end-on in a proscenium-style setting with a broad sweep of hundreds of raked seats facing it, suddenly has an entirely different effect.  Instead of finding ourselves rivetted by the stunning realism of the mis-en-scene, for the whole 70-odd minutes of the performance, I for one was rather more put in mind of Jonathan Miller’s production of ‘Tosca’ for ENO, in which he placed the action aslant a sideways-sloping central platform, upon which the likes of Jo Barstow had to assume legz-akimbo-stylee poses, in their handsome 1940s Italian couture, while processing in a thoroughly unnaturalistic fashion through the stations of Puccini’s shoddy little shocker.  They got away with it, because – hey – this was opera, and nothing is actually real in that most fanciful and unnatural of art forms.

Not so here.  Not with Paddy and his non-Irish side-kick spouting forth about how the world has done them wrong in no uncertain terms.  We are supposed to believe in their reality, we are meant to care.  In the face of this, the constant slithering and sliding over the roof tiles, the interminable, perilous snatching after balance and footholds, is nothing more than a distraction and an encumbrance.  More’s the pity.  There are some elements of an engaging tale here – especially in the account of the theft from the family – but these get hopelessly lost in the nervous anxiety surrounding whether and, if so, how the cast can make it through to the end of the piece before tottering off the precipice and into…. us.

Oh, well.  It was a nice idea.  It did look good, initially, making Thomas Martin’s simple but fairly clear production of Jon O’Donovan’s meandering script appear to be perhaps rather more than it is.  Sadly, nice ideas alone do not a theatre make.  If we had some more cocaine, then maybe the play would have seemed a whole lot better.  But we didn’t.  Cue Carole King…. ‘Up on the roof’.